My goal is to generate a model composed of many partially overlapping cubes. But I need to get rid of the parts where they overlap, so I have a single mesh without any intersections. One of the purposes is 3D printing. With the boolean modifier I can make it work sometimes, but often the resulting model is totally corrupt (missing parts, weird geometry, non-manifold). BMesh and Carve both have issues. I've had the same experience with the boolean modifier in e.g. Sketchup.

So my question here is how would I manually connect these cubes and remove the overlap? Eventually I will have to do this in Python, but I can't program it if I don't know how to do it to begin with... 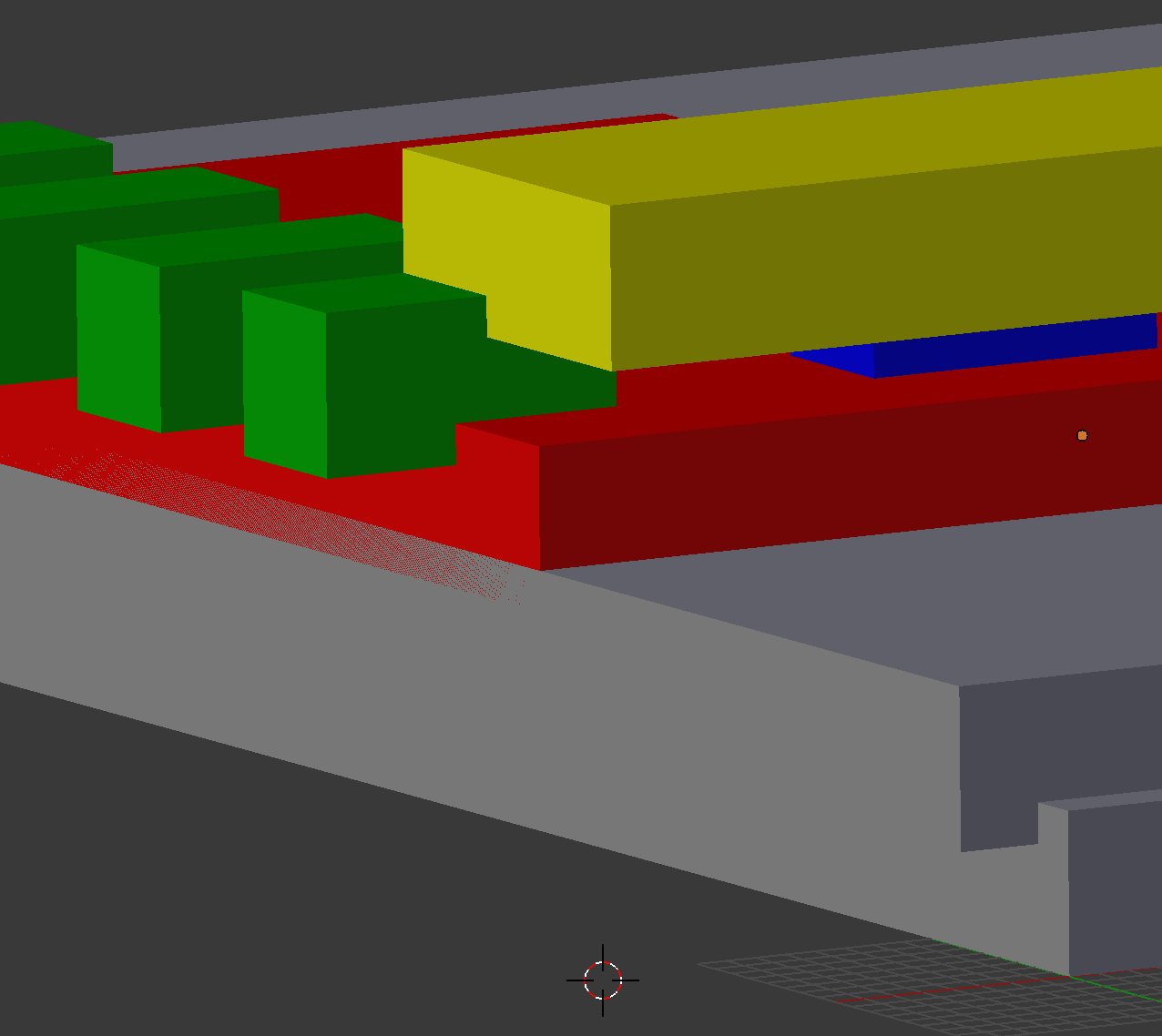 Image showing inside of example model with internal geometry removed: 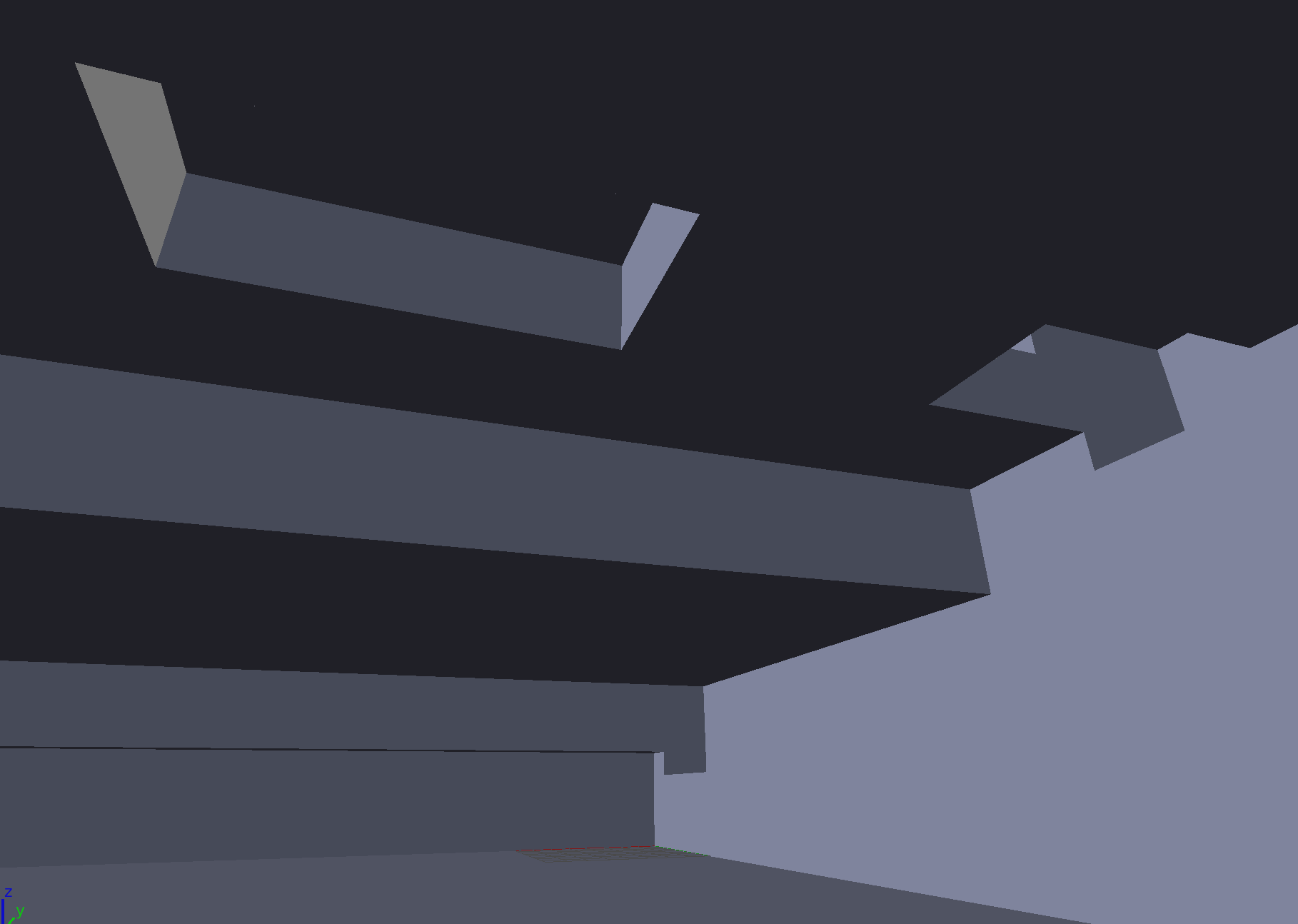 Basically it's a tower of cubes with dedicated 'floors', like a building. But each floor is pushed down a little to overlap the floor below it.

The way I think I should tackle this is as follows:

I hope I'm on the right track here. I can do step 1 and 2 but from step 3 I don't know how. It sure would have been nice if the Bool Tool Auto Boolean Union would have worked for me but unfortunately that's not the case. I've included a simple example Blend file, as well as a complex one where the Bool Tool fails.

Turns out Python+Blender is not the right tool for the job. I used Python+OpenSCAD instead and so far I have not experienced any issues with the union boolean modifier. Glad to find out there's an easy solution that just works and that there's no need to do any complex stuff in Blender.

From OpenSCAD I can export to STL and import in Blender if I need to do some manual adjustments.

Not the answer you're looking for? Browse other questions tagged python modifiers 3d-printing bmesh knife-tool or ask your own question.