Is there a way to “virtually” rotate a face normal to get a different shade without actually rotating the face?

I was wondering if there's a way to only virtually rotate a face so it gets its light from a different angle, yet the geometry stays the same (like a normal map, but manually face per face) So in essence - rotate a face's normal (which kind of conflicts with the meaning of "normal")

It's a low poly style where I want to have some shading like in a bump map, only it's very low poly and I'd like to design it face per face.

So f.e. - I have a face along an edge where I know its "virtual" angle is slightly more upwards (like bevelling an edge) - but the geometry regarding that face and the ones connected to it did not change.

Especially a problem in a corner where some of those faces would meet and if rotated in geometry intersect and would have to have additional faces that also have additionally different shades due to the geometry.

Cheers and thanks a lot!

What you are looking for are generally called Split-Normals, these are normal values that are stored independent of the geometry they belong to.

Blender has built-in support for them, and even has a modifier that allows basic editing. It can be found in the Properties Window > Modifiers > Modify and is called Normal Edit modifier.

It provides basic control, but as of version 2.78, as far as I know it can't be manually controlled as you desired. To best of my knowledge there is no builtin way to manually adjust per-vertex or per-face normals in Blender natively.

There may be third party addons that do allow this though.

One such example is Blend4Web's normal editor. The addon's greater goal is completely different, but if you are willing to install its considerable size it does provide normal editing tools among its functionalities. It can be found under the 3D View > Toolshelf > Blend4Web Tab > Normal Editor.

EDIT Fresh from the news page, it seems that for GSOC 2017 there will be a project tackling normal editing

Assuming you are using Cycles, you could use vertex colors as an input to mix between two different shaders where one of them has its normal slightly offset, like this: 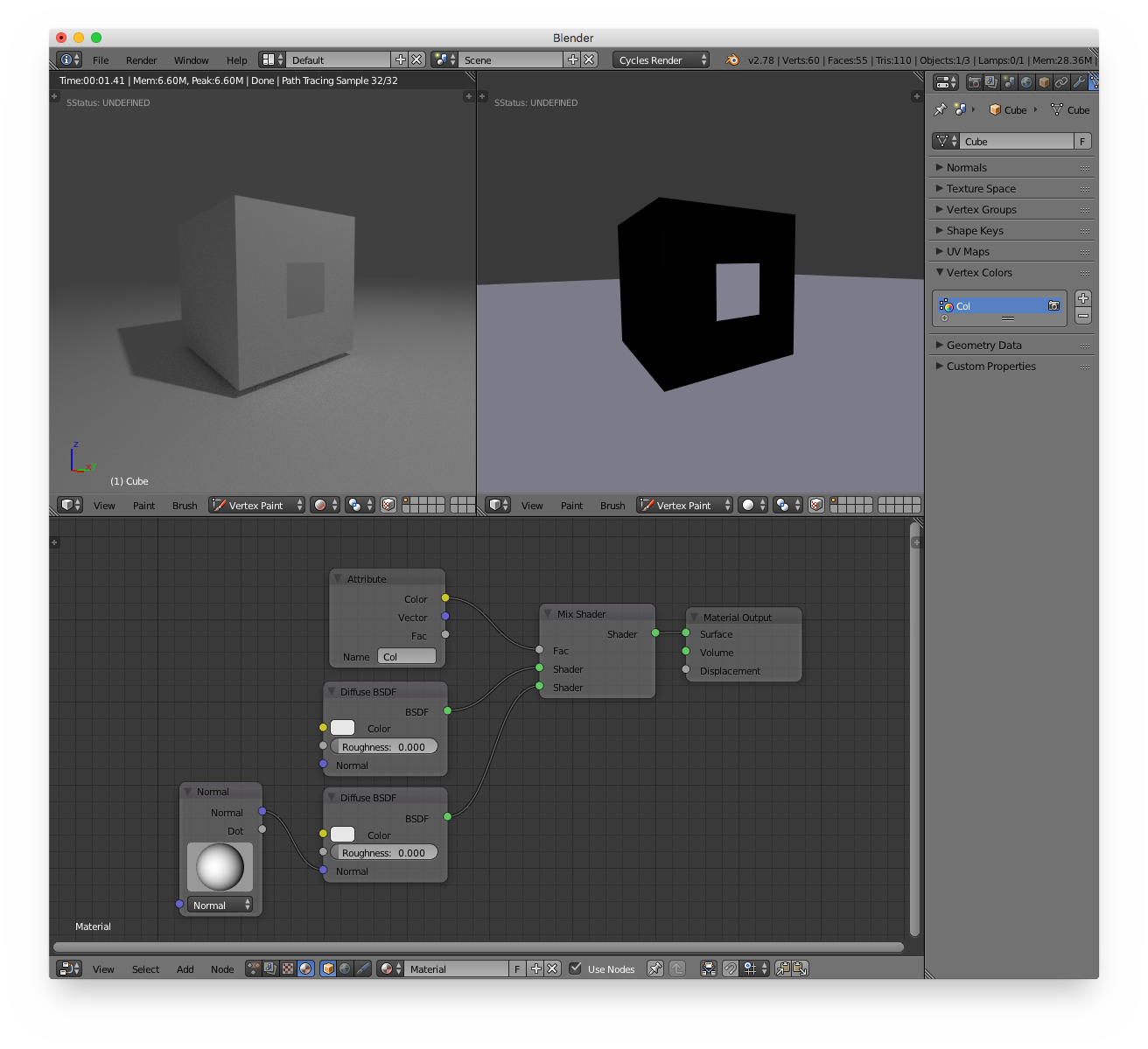 Here I am using pure white and black to control the offset, but you could of course use any value to get different looks per face (or vertex).

I would use a normal map for that. Otherwise I don't know of any other option. I'm not an expert with normals but you could preview the normals and then make your own normal map but with different colors and just plug it into the normal map node.

I created a Blender add-on for this exact purpose called TiNA which allows you to easily transfer normals between objects. TiNA basically turns the somewhat overwhelming Data Transfer Modifier into a set of more comprehensible operations.
There's a special branch for those using Blender 2.80 beta.

In your case you could transfer the normals from a source mesh by selecting it and the target object, and then - with the source mesh as your active object - hitting Alt+N. 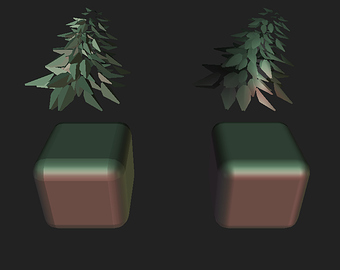 Not the answer you're looking for? Browse other questions tagged modeling light normals faces topology or ask your own question.

3
Baking normals from high to low poly mesh for game object
0
How to: High poly to low poly normal map + high poly texture + normal map of texture detail
4
Why are there seams all over the mesh when a Normal Map is applied?
2
Low poly normals when baking with Cycles
1
Sculpting brush - low poly with normal map?
1
Why is my normalmap rippled and pixelated?