Is it possible to simulate Brownian motion in Blender?

I want to simulate some molecular dynamics. For that I want some area to fill up with some lipids. All these lipids would be considered as a cylinder object standing vertical in a space. In the best case, all objects should be hanging in the defined area and are wobbling (inner dynamics: like atomic motion) and are colliding with other residues like in the link above.

Any hints or suggestions. Particle physics provide collision but they are not holding objects in the space.

You can use particles to control your object's vertices, and induce Brownian motion in these particles:

To achieve this, you need to make sure every vertex of your particle controlled object is assigned a particle. These are the settings I've used for the example above: 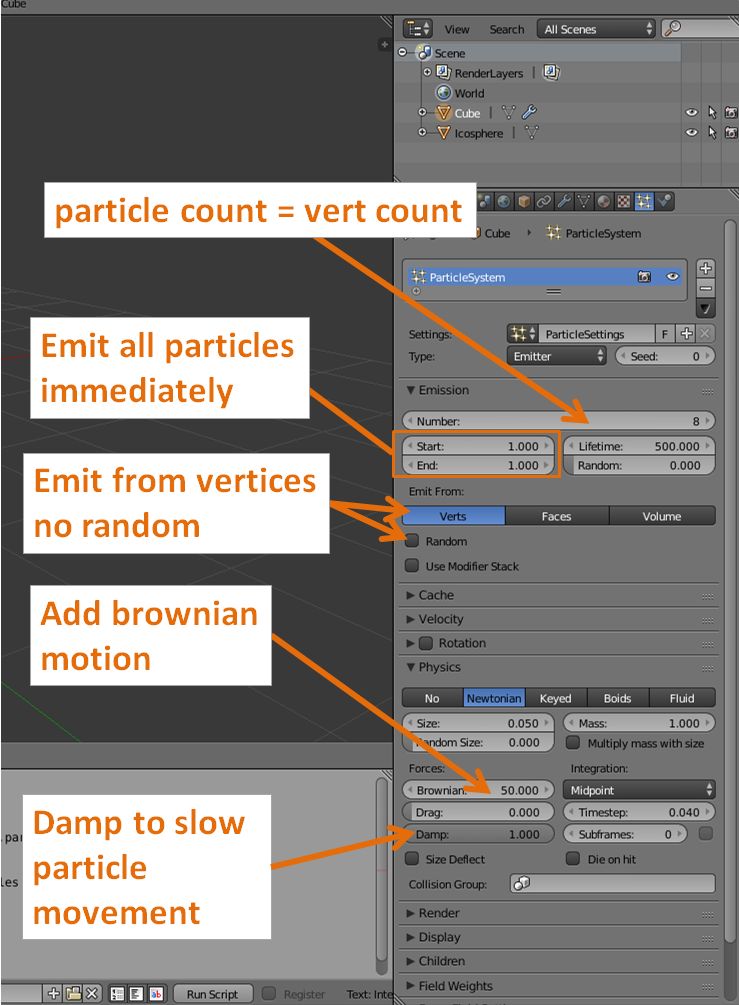 You also need to turn off gravity in the Scene tab in the tools panel: 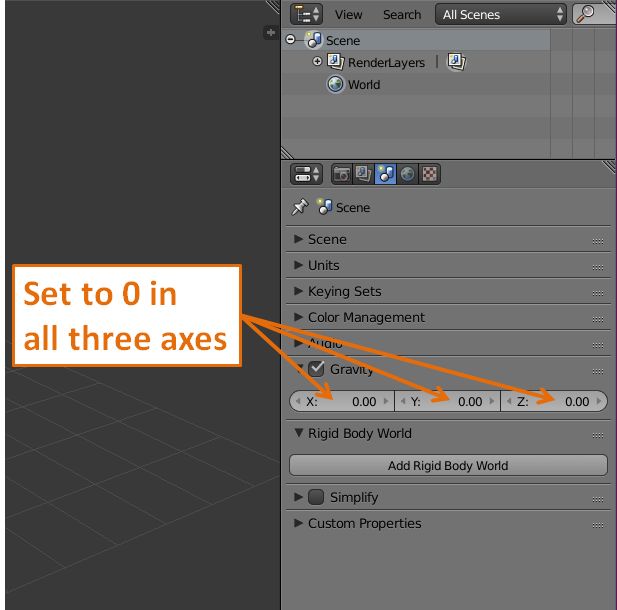 Then, once you have a particle per vertex, you need to run this code to make sure the vertices coordinates are linked to the particle locations:

This example isn't a direct solution for what you're aiming for, but rather a direction. To adapt it to your needs, you actually need to manipulate the lipid through some mesh skeleton (or you can rig it and control the pose bones' locations the same way I've manipulated the vertices). This would be easiest and most directly translatable if your lipids are actually simple wireframes with a Skin modifier (you'll need to make sure the Skin modifier is below the particle system modifier though).

Since your scene probably has a lot of molecules, it will likely be more feasible to write a script that automates the generation and setup of particle systems. You'll also need to include all these objects in the frame change handler function.

Not a trivial project, but not unattainable :)

I was able to achieve an effect very similar to the GIF you linked by using the Molecular Script addon. First, download and install Molecular from here: Molecular Script Download (Instructions how to install here).

You now have a basic simulation running. Just remember a couple things:

Here is a final .Blend file for you to play with as well: