How to remove a linked library in blender?

I'm following a tutorial in which I built a building by linking objects (walls, floor, windows, etc.) from other files, making a proxy of the linked object, and then using linked duplicates of the proxy to build the structure.

In the most recent part of the tutorial, we were supposed to make copies of the asset files (of the building parts) so that we could rename the mesh data. Then I linked the objects from the new asset files, made a proxy of that object and then linked the object data from that proxy to all the duplicates of the old asset.

After that, I should be able to delete the .blend files for the old assets. However, it turns out there are still some users of these libraries: 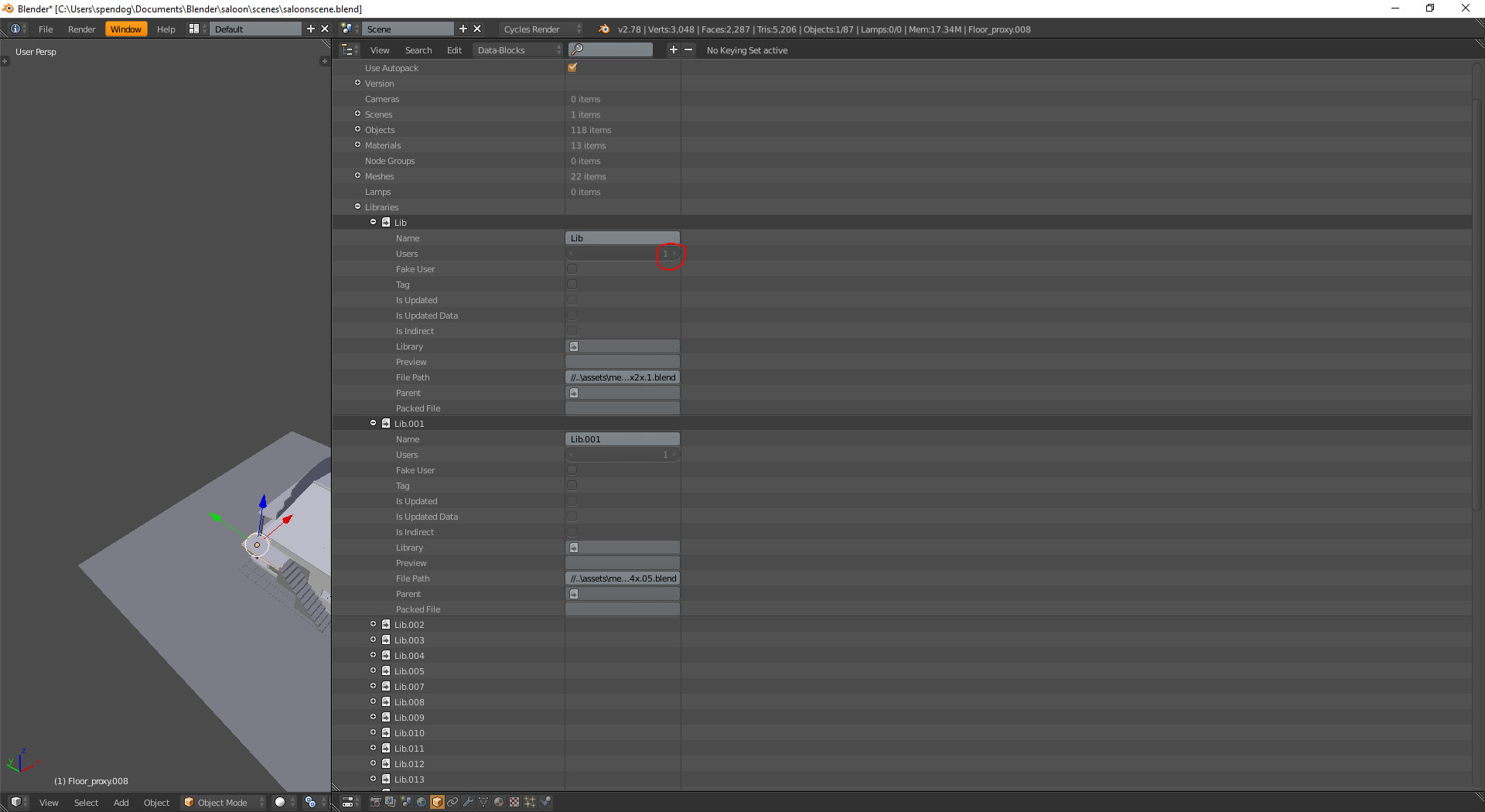 When I looked around the data-blocks, I found there were objects that used the data: 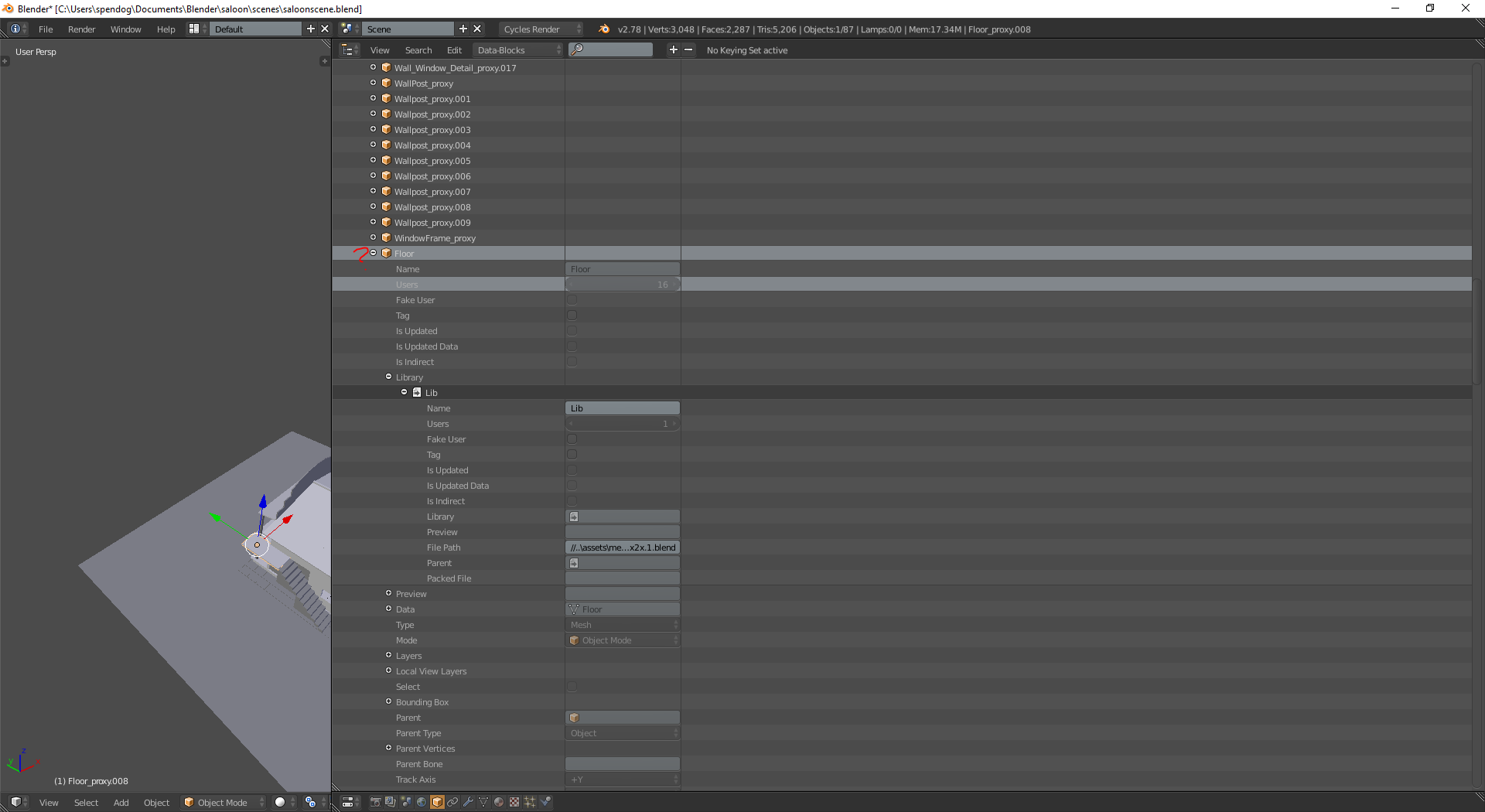 The problem is, these objects don't actually exist anywhere in the scene.

Now, I think the error I made was that I deleted the original proxies without overwriting their object data. However, at this point I've already done so much work that it'd be a drag to go back and do it over again.

I know I could just leave everything as is, but I'd really like to clean up the data blocks and delete the old .blend files. How can I get rid of the datablock for the deleted objects? Or else is there a way to unlink the library?

(I would include the .blend file, but I figure it's not very useful without the accompanying asset files, I'm not sure how to upload all those things together. If that seems important for solving the problem, then I can probably just put a .zip in my dropbox).

Okay, I figured it out!

In the outliner, I went to "Blender File" and beneath the "Current File" data, all the library files were listed. From there I could simply right-click and delete the unused library files. 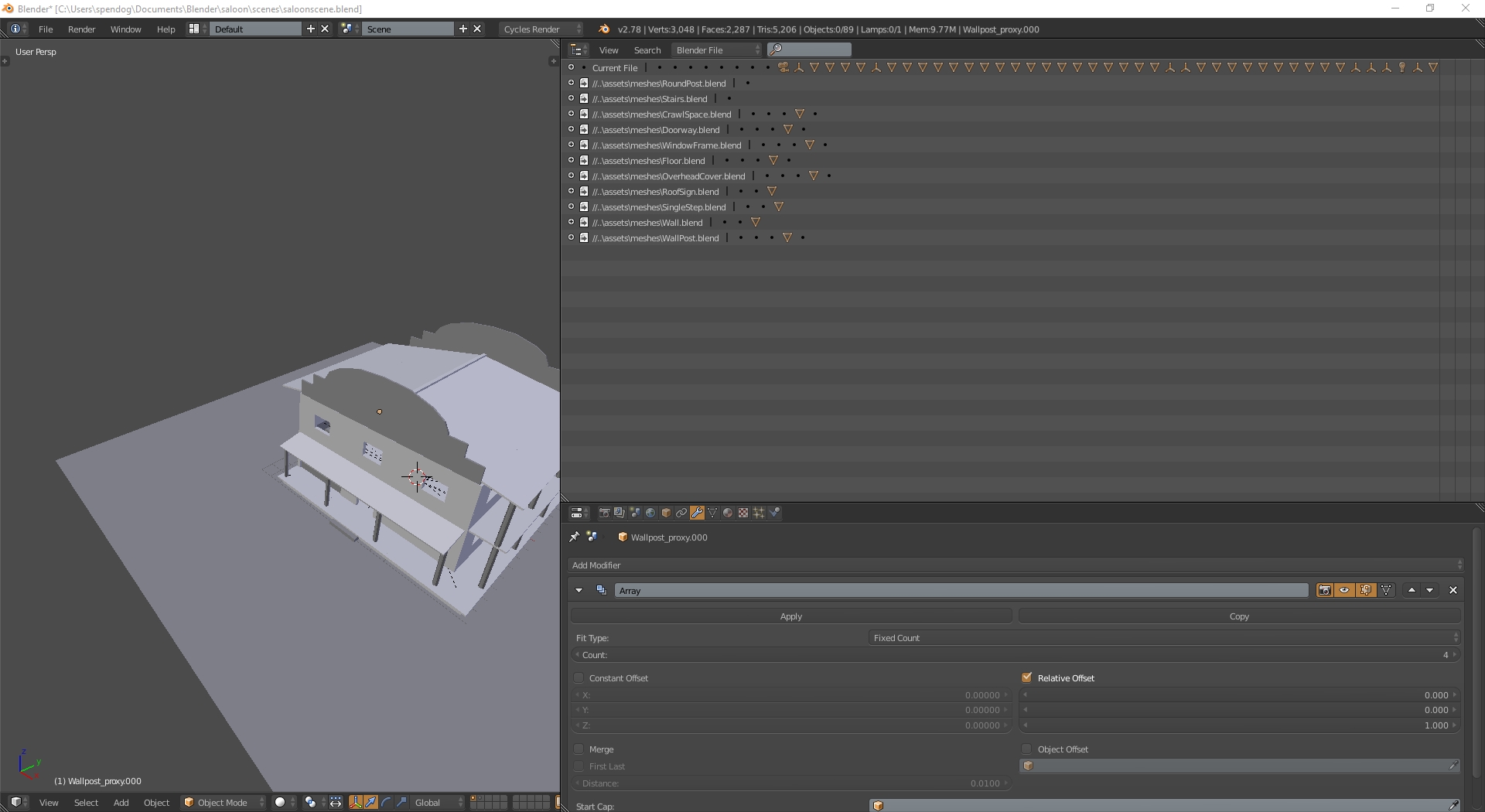 Not the answer you're looking for? Browse other questions tagged blend-files linked-data data-blocks or ask your own question.

2
Blender 2.78 file size grows and does never shrink
1
how to remove the link library in blender with blender python

12
How to clear unused linked-data (libraries) quickly
16
How can I remove a linked library with Python?
1
any way to erase group data-blocks?
0
deleted objects still in scene
4
How to delete a scene with its content?
2
pointing linked objects to a different file in 2.8+
3
Making proxies of all objects in a Linked collection in blender 2.8
1
How do I add the same Modifiers to all Linked Duplicates?
0
Weight Paint differently on Linked Duplicates