What's the best way to take a bezier curve and have it render as a freestyle line?

I'm attempting to draw a road onto a mesh terrain and am looking for a better solution than the one I currently have. At the moment I create a bezier curve in the shape of the road then apply a Shrink Wrap modifier to it so it hugs the curves of my terrain mesh (Fig 1.). That part works fine.

The mesh terrain is rendered as a series of lines using Freestyle. I would like the bezier curved road to also be rendered as a single Freestyle line, but it doesn't seem possible to tell Freestyle to do that.

Instead I have to extrude the bezier curve by a very small amount, convert it to a mesh, and then use "Mark Freestyle Edge" on one edge (Fig 2.) to get Freestyle to render it (Fig 3.). That works to some extent, however (a) that seems like an ugly workaround, and (b) I don't want the extruded shape of the road to render at all, as it blocks a small part of my terrain – I only want the Freestyle line.

So, is there a common workaround for: bezier curve -> Freestyle line?

Fig 2. thin mesh with one edge marked for Freestyle line 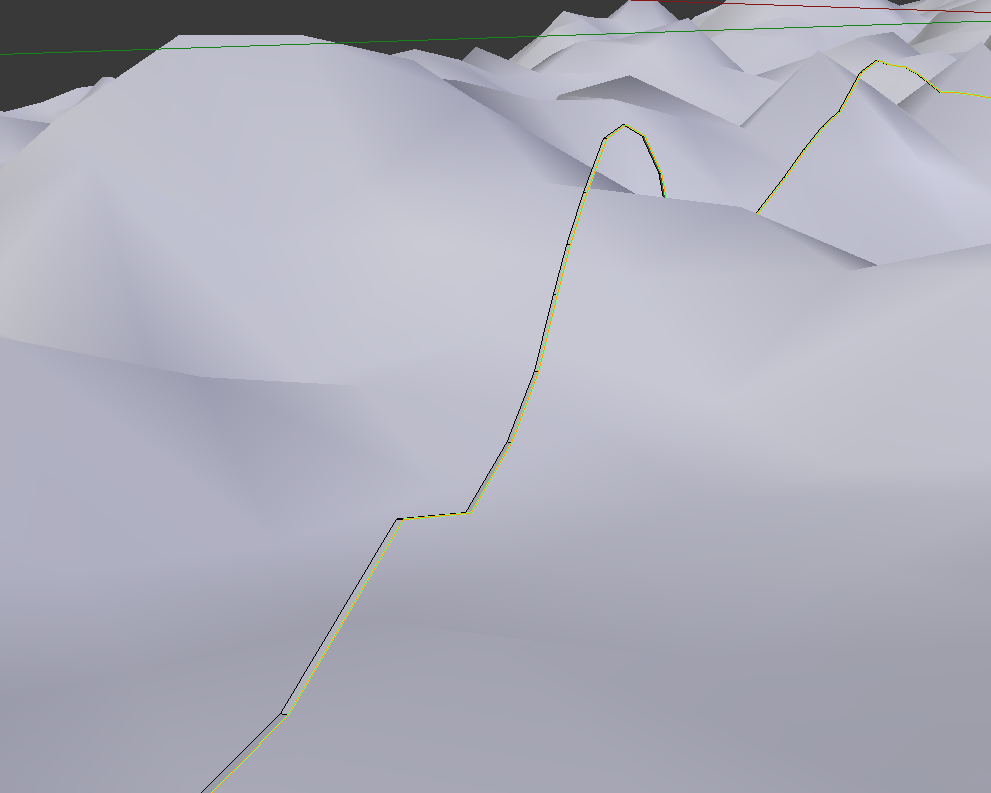 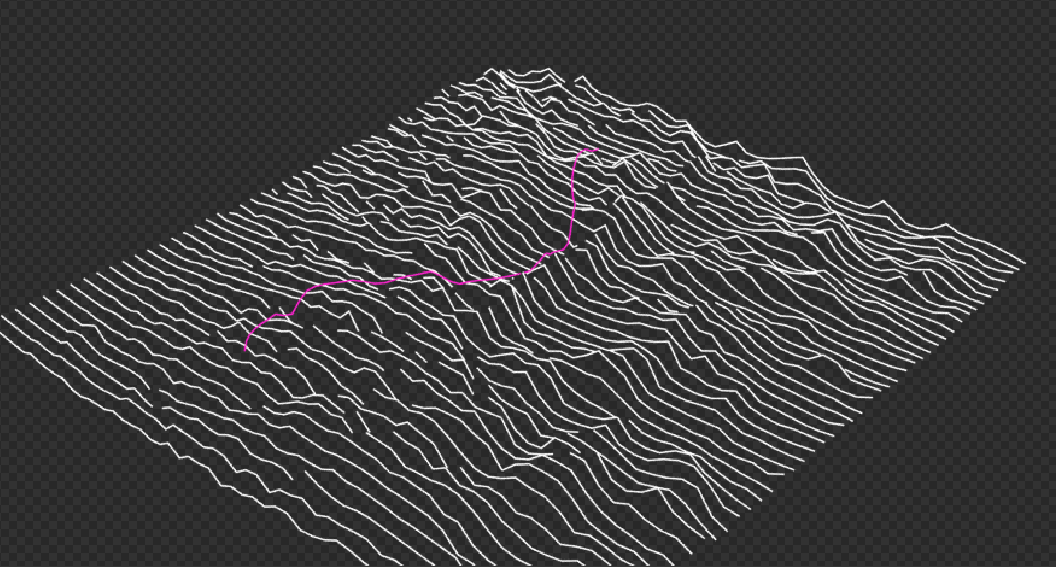 I'd appreciate any thoughts. 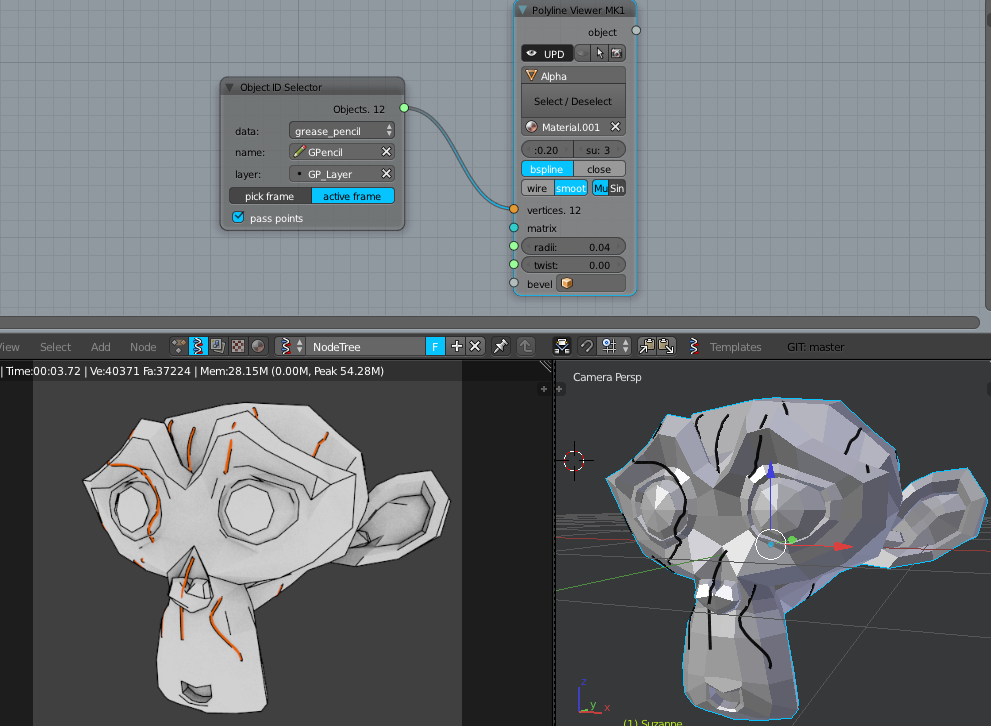 I've been asking the same questions for 3 years, and apparently nobody can give this answer :( No we cannot render Blender Curve as Freestyle, unless TK the developer make changes.

The "dirty workflow" is to use the Curve Mesh itself, Beveled, or use Skin Modifier, if you are rendering just edges.

Hopefully, I take it you want to create a mesh that is tight to the topology of an object?

When cutting into objects I use Ortho view and the Knife Project method. In my instance, when cutting a hatch into the back of the car, I use a plan view and create a curve as per plans.

I then project into the car body. This will add verts where needed and will be a selectable piece of the object to edit or, to be made it's own object. I keep a 'master' of the verts because I will use them again for the screen and, rubber seals.

In your case, a road surface.

Not the answer you're looking for? Browse other questions tagged freestyle bezier-curves or ask your own question.

0
Dashed lines (made with Freestyle) are rendering inconsistently
2
How do I stop a displacement modifier from breaking the edges of its mesh into many small parts?
3
During render can I render freestyle lines, then re-insert them back into the scene so other objects may interact with them during their rendering?
3
Shaping Bezier objects and applying Physics collisions?
9
Freestyle: control the Thickness of stroked curve using Radius?
4
How to get rid of weird line when using curves with Geo Nodes?