How could I import a game character from another .blend file in the bge during runtime?

I've tried this in my games in the past with little success, but I want to give it another shot. So, let's say I have a character and an open world and I want that character to be able to enter into a building's interior or a cave and start a level from a new blend file. I know I could just put the same character into the new file, but that clearly can't be option if I want to have dozens of levels as the characters will eat up a lot of file space. So how can I use just one character across all of my different .blend levels and simply spawn them into an empty there where they can continue their journey?

Thank you in advance for any help. As I've mentioned, this is a problem I've tried to tackle a few times before, but have had a lot of trouble finding the resources I need.

I suggest to link groups from different files. 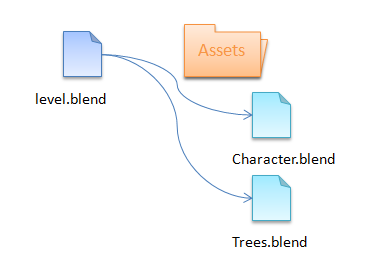 You have one blend file with your character. It should contain all the object that initially belong to it (physics object, armature, skin meshes, etc.). Place them all in a group that you can create an instance from it. 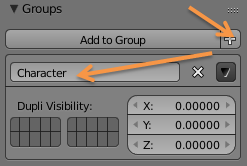 In your game file you can link the group from the character file. 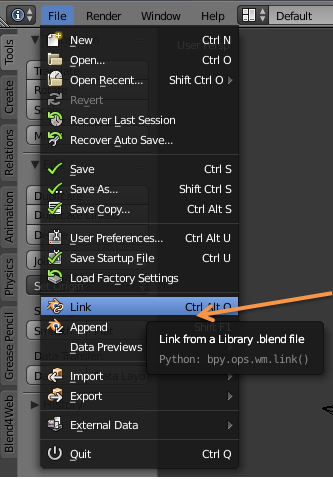 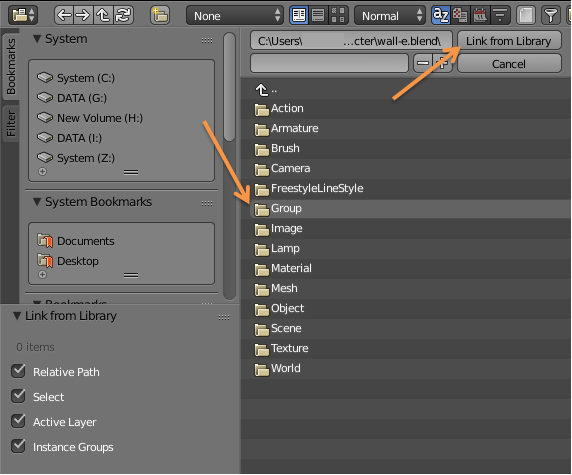 Then you can instantiate the linked group. 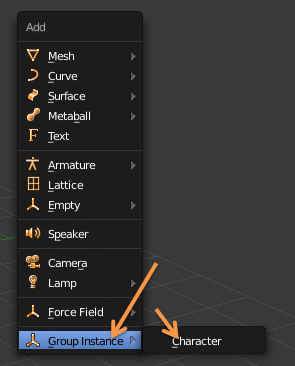 6
How does one obtain the file path of the current .blend in the bge?
3
Packaging external libraries in the game engine 'Create Runtime'
1
Why is my UV mapped texture dissapearing when I start blender game engine
0
BGE: Adding an object linked from another file
0
What is an efficient way to rig a character made of 2 meshes?
1
Blender Saves game as .blend when exporting as runtime,
2
How to shoot a character from one platform to another. (BGE)