"traceback error" for some addons

what does "traceback error" means , I am using some addon from the community, such as "speed retopo" or "bools for sculpt". I've 2.78c blender version. I am making a sculpting character, and I need to re-topologize and this warning appears and the addons don't work. I used to install the addons, I have a folder for addons and whenever I used to install them I "install from file" and search the location of my addons (c:documents/userX/addonsblender/-> "the specific addons (in rar or .py extension)--- in other words, I have .py extension and .rar extension from my files...(blender used to install them in the original folder of the typical installation) 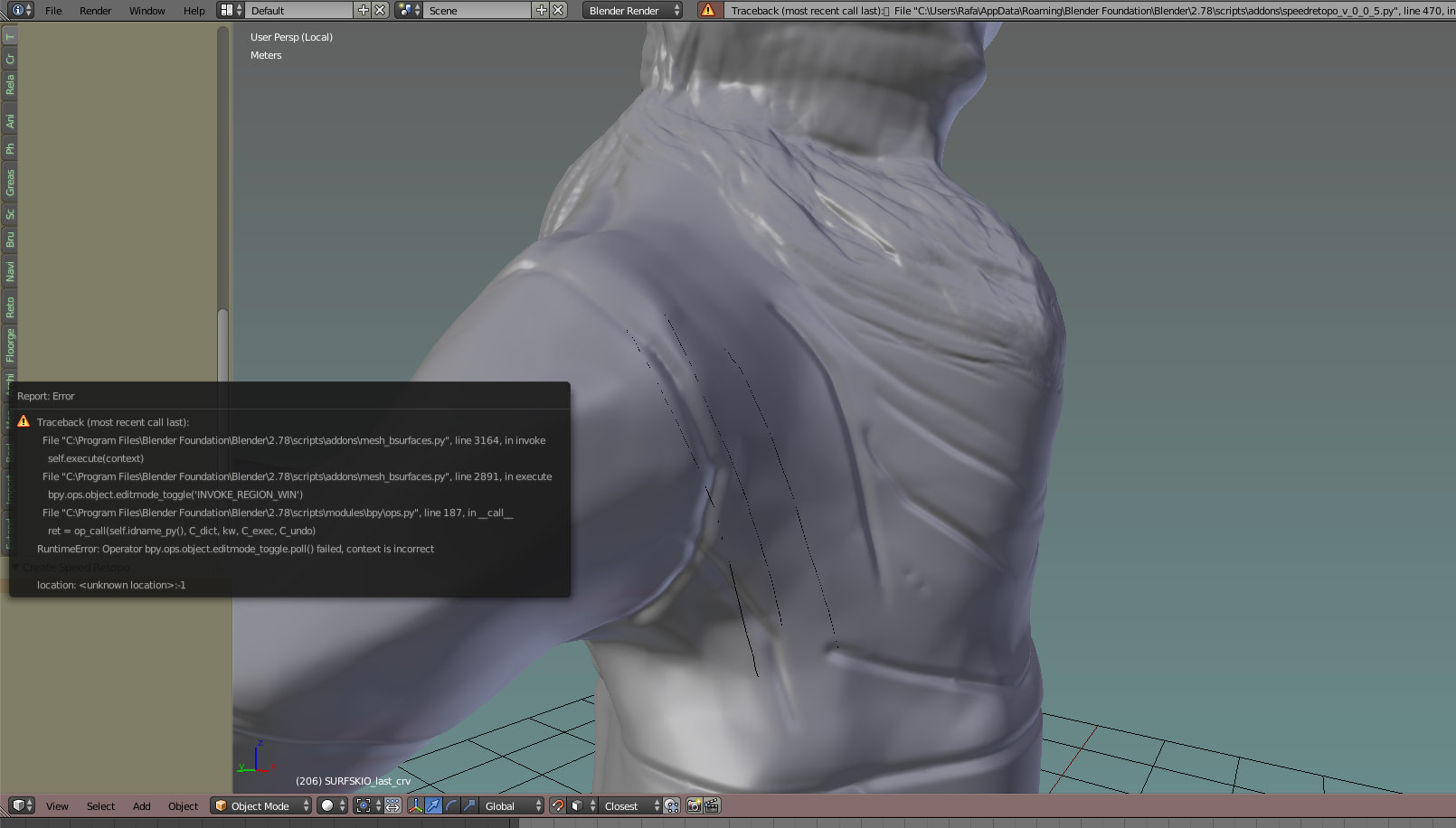 The traceback is part of the programmer's tool kit which can be generated when the program has an abnormal termination. The traceback error documents exactly what problem was encountered, how the program got to that point, and exactly what the computer had been doing when the problem occurred. For the developer, it is an invaluable tool in tracking down a bug. For someone who is unfamiliar with the code and architecture of Blender and addons to Blender, it seems so much gobbledygook.

If you run into this type of traceback, and decide to file a bug report, making a screenshot of the traceback and including it with the bug report can be useful to someone who is going to try to fix the bug.

3
Issues installing Oscurart addons
3
Troubleshooting when Addons don't show up
0
My Blender is crashing after I installed an addon twice by accident. How can I fix it?
0
how to install cutout animation tools
1
I can't install any addons into Blender