How to edit inset face after executing inset command

I have a mesh with an inset face which looks like this: 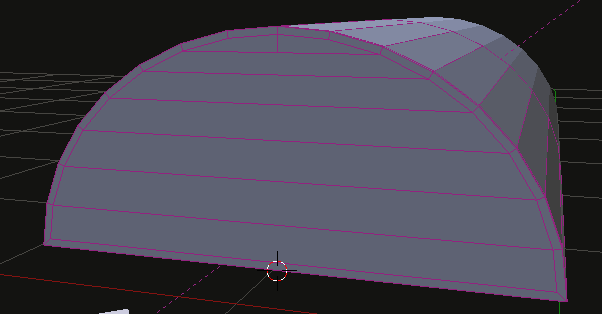 The reason I have inset the face is to make a nice edge when adding a subdivision modifier. But if the edge ends up too sharp for my taste, what do I do? I can no longer move the inset face the way it did when executing the inset command... is there a way to easily edit this?

Was looking for the answer to this but for a more complicated scenario where the inset is not along an exact plane so you can't just scale it along an axis and I ended up finding another way.

You can use the Edge Slide command.

You have to be in edge select mode, select just the edges (not the entire face like you'd do for an inset), then use the Slide Edge command, not sure what the default shortcut is but it's under Mesh > Edges > Edge Slide or Tool Shelf > Tools > Mesh Deform > Edge Slide.

It's not 100% the same, but it's pretty close. In your case for example it would be more accurate making the inset bigger instead of smaller (the circle will start to curve/deform), so it would be better to scale it like the other answer suggested, but for when that's not an option this works pretty well.

6
Edit face triangulation without actually adding edge
1
Subsurface black edge
0
How Do I Move a Face Entirely on Its Own?
1
'Clear Sharp' doesn't seem to be working
3
How do I recreate this shape?
1
Subdivide vs subdivision modifier
2
How to achieve uniform Inset and Extrude on multiple nonplanar surfaces?
0
How does the Inset Boundary option work?