I am just sitting here at my very first own project and just thinking if it is possible to make a bezier curve look like a torus array like seen in example picture. Hope anyone can tell me how to do if possible. I have already tried using a simple torus array and made it follow a bezier curve but first of all it got pretty stretched out at some point but second and most important it was nearly impossible getting this thing into exact position I need, which is pretty difficult. But at all other ideas are welcome.

Thanks for the attention. :) 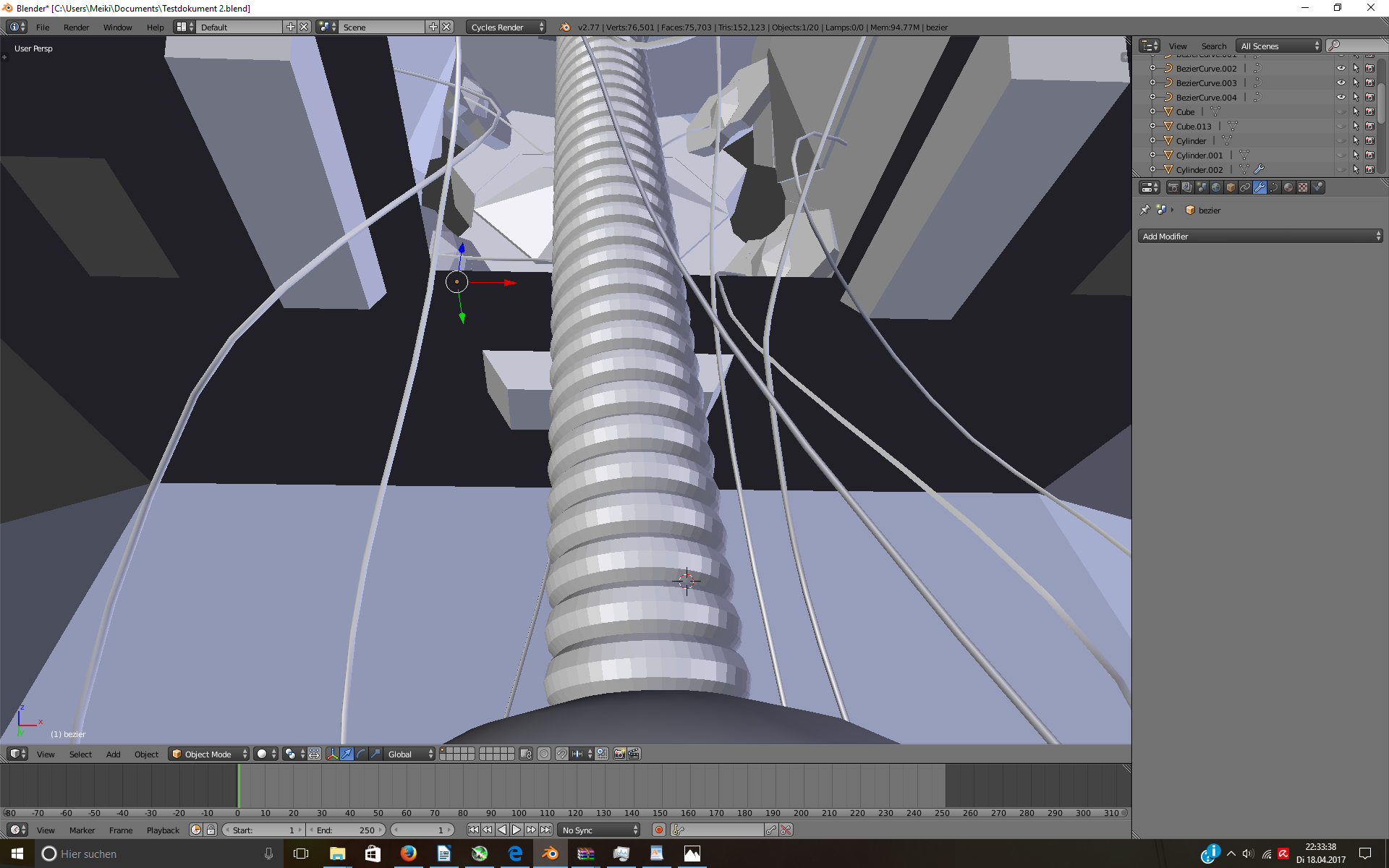 The easiest way to do this is the Curve modifier.

In the following screenshot you can see a torus mesh to which I added an Array modifier and a Curve modifier. The curve modifier refers to the Bezier curve.

I had to rotate the torus array 90 degrees around the Y axis because it seems the curve array defaults ton the X axis. I guess I could have picked a different deformation axis if I had noticed that radio button array earlier. 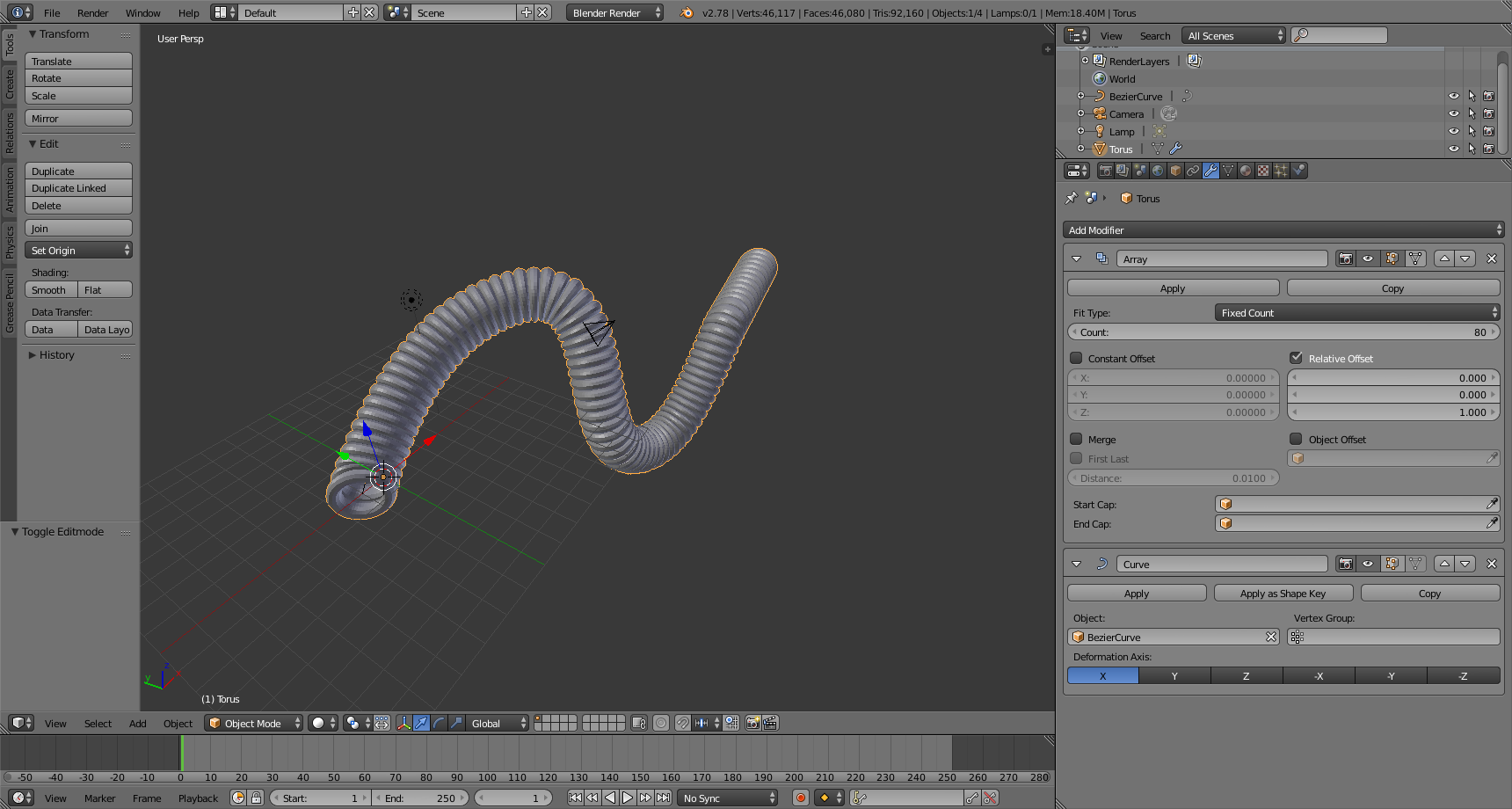