What is the box that appears around this mesh in edit mode?

I am watching a YouTube tutorial on sculpting and I can't seem to figure out how he suddenly created a box around his mesh... 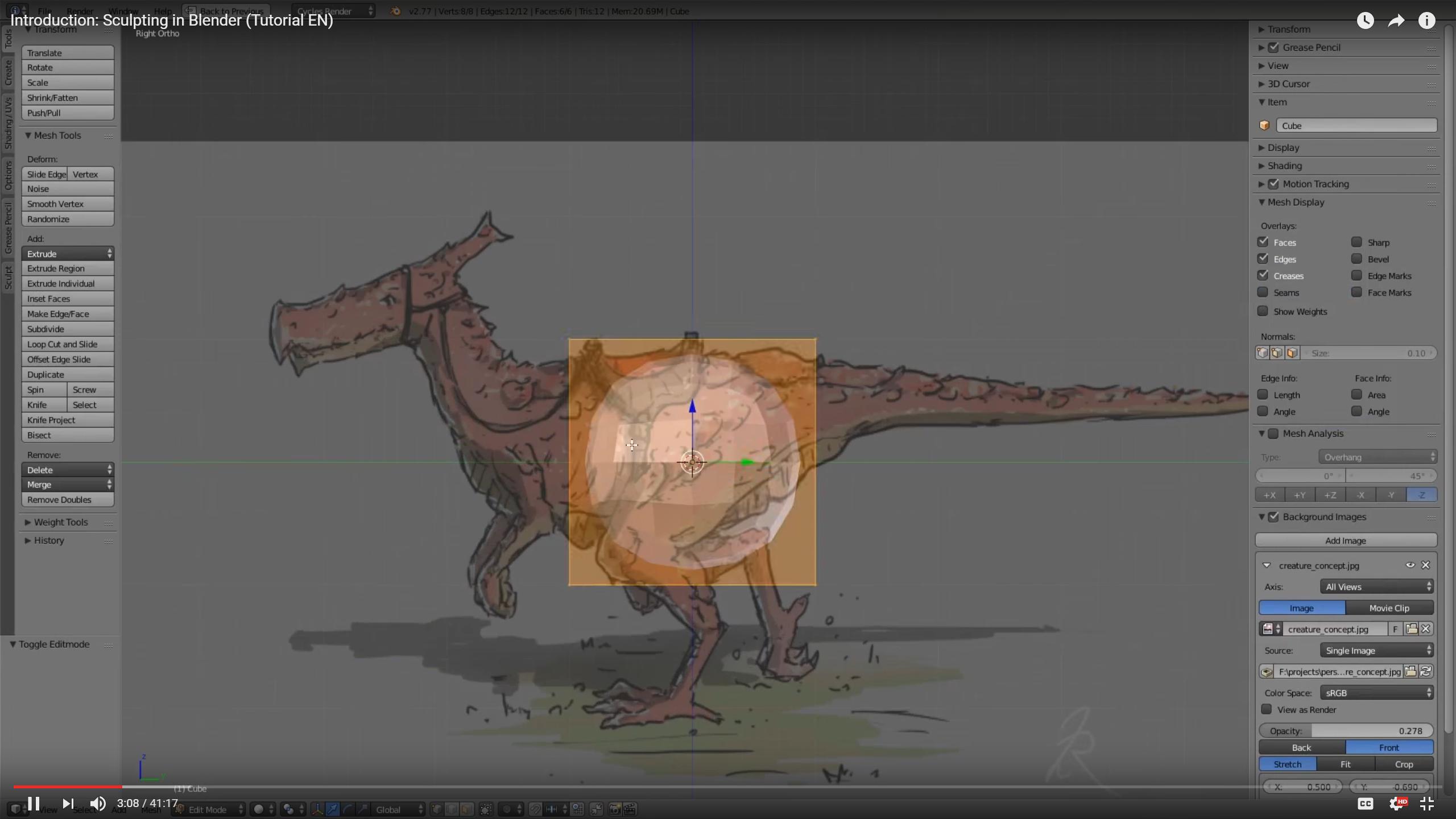 I don't believe it is bounding box because when I searched up how to create bounding boxes, it sounds like multiple steps to do so. All the guy did in the video was change to edit mode, unless he pressed a shortcut key. Can anybody tell me what this guy did to get the box around the mesh for editing?

PS: I'm fairly new to Blender but I know the basics.

Here is the video I was watching: https://youtu.be/tZnUgt659oI?t=3m5s

What you're seeing is the original mesh - the cube. In the tutorial they add a Subsurf modifier and the cube immediately turns into a low poly sphere. However, the modifier has not been applied to the cube, meaning the original cube geometry still exists, which is what you see when they enter Edit Mode.

Here I have added a Subsurf modifier to Blender's 'Monkey' mesh. You can see the original, low-poly cage (the black wires) around the smooth Subsurf geometry (the grey surface): 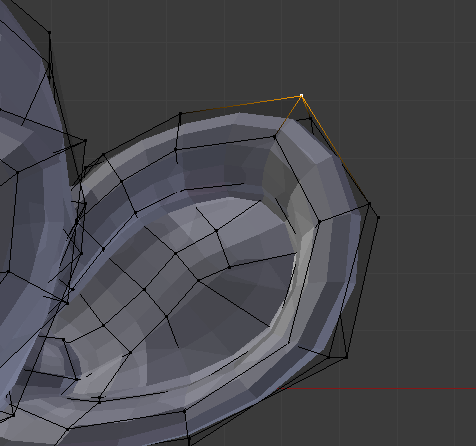 So, in short, it was simply changing to edit mode that made the box (the original geometry) appear.

You can read more about modifiers, how their results are displayed in the viewport and their visibility options, here.

To add to Ray's answer : In the subsurf modifier options he has the "Display modifier in Edit mode" enabled. 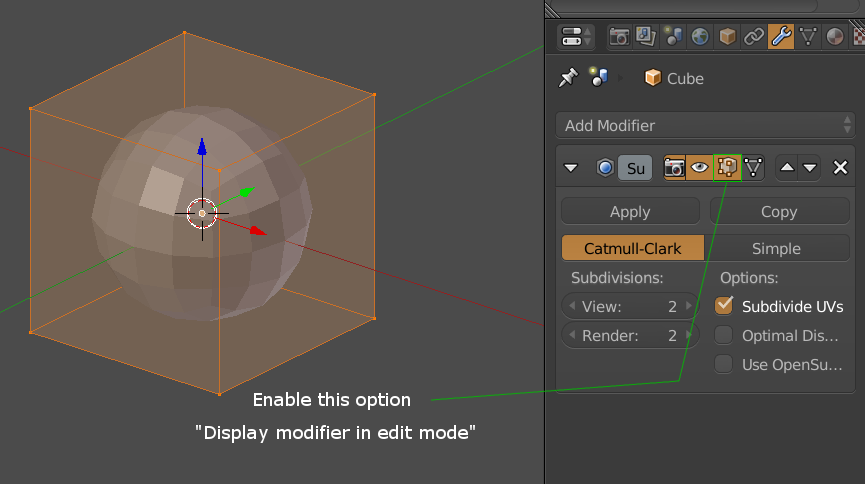 Not the answer you're looking for? Browse other questions tagged mesh editing or ask your own question.

2
Vertex out of position in sculpt mode!
0
why do i get a deformed mesh in weight paint mode and object mode but in Edit mode, the mesh appears the way it should?
1
Mesh vertices not scaling in edit mode
0
Ugly Armature Mesh Deformation in Edit Mode
0
strange face appears in edit mode (concave quad)
3
What is the popup called that appears lower left when you manipulate a mesh?
1
What is this mode that is causing everything to be evently scaled?