I'm working on a lamp scene following a tutorial (kind of like the Pixar intro). However, I've noticed a problem with the lighting. I have a large weak light (plane) that lights the scene, but when I have it active the light from the lamp object doesn't show up on the background plane hardly at all, unless I really crank up the samples (I've gone up to 4000 and it still looks not great).

Pictures for reference (rendered with 100 samples): 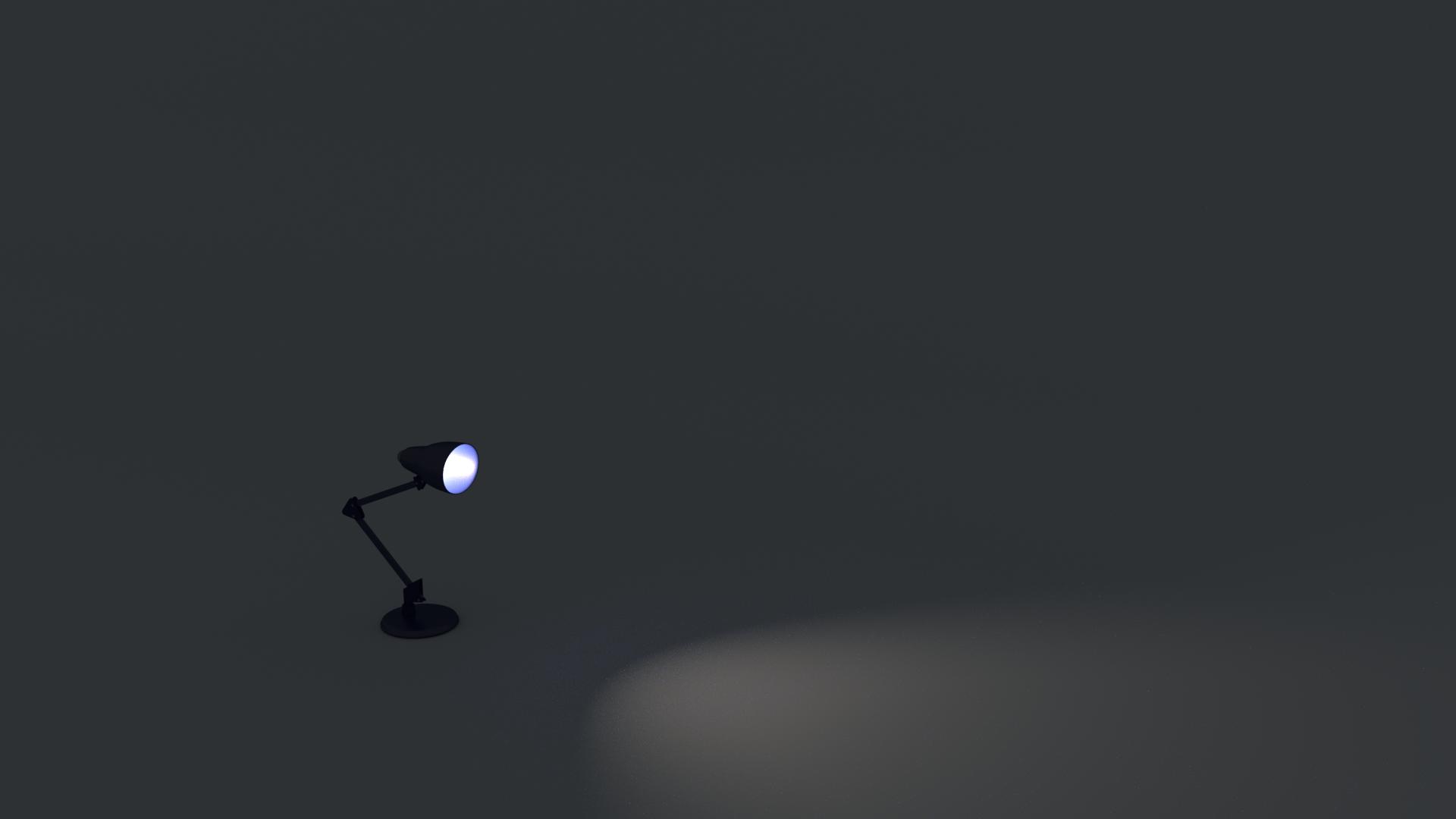 Here the lamp is the only light source. 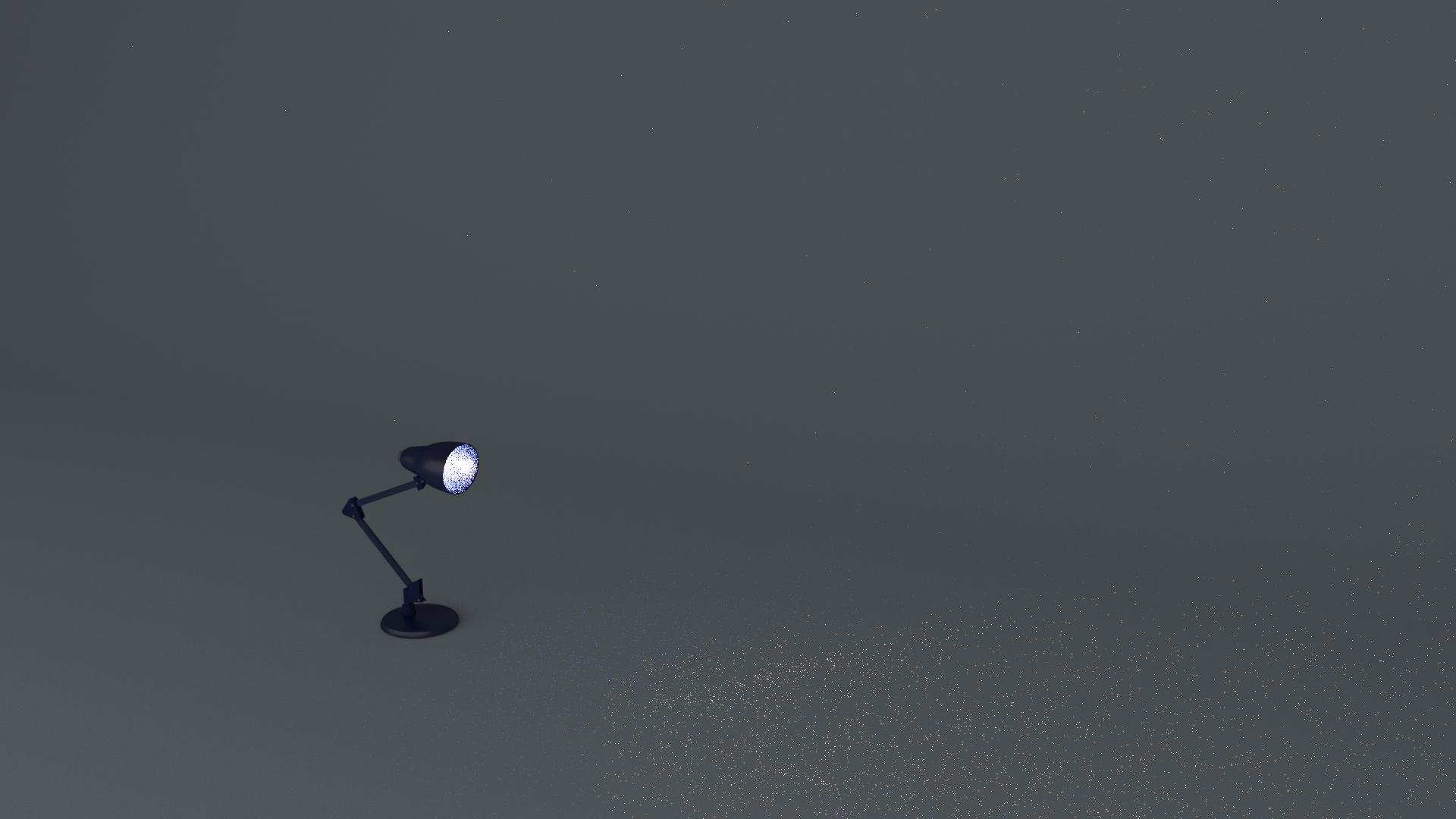 Here the secondary light source is also rendered. As you can see, this makes the light from the lamp really grainy... hardly even visible.

I understand that it's harder to compute for multiple light sources, but in the past I haven't had these problems with Cycles. Then again I've never had to use such a harsh light. Is there any way I can fix this?

I'm not sure exactly how multiple importance sampling decides what to do, but I suspect its deeming the giant emission plane much more likely to contribute to those samples than the tiny mesh light inside the lamp mesh. As a result, it concentrates its efforts on the big mesh lamp, at the expense of the little mesh lamp. Disabling MIS on the big lamp takes it out of the importance sampling equation entirely, so special treatment is concentrated on the small lamp again.

You can also use a spot lamp in place of the tiny mesh lamp. In general, the lamp primitives are faster and less noisy than mesh lights. 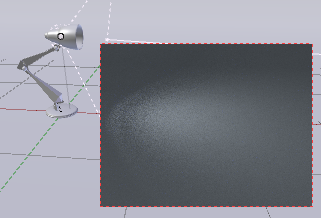 A workaround I have found in the past is to position a point lamp near the bulb, which might consider cheating but it gives a good result.

Here is the .blend where I changed the clamp values and made the point lamp a child to the armature. 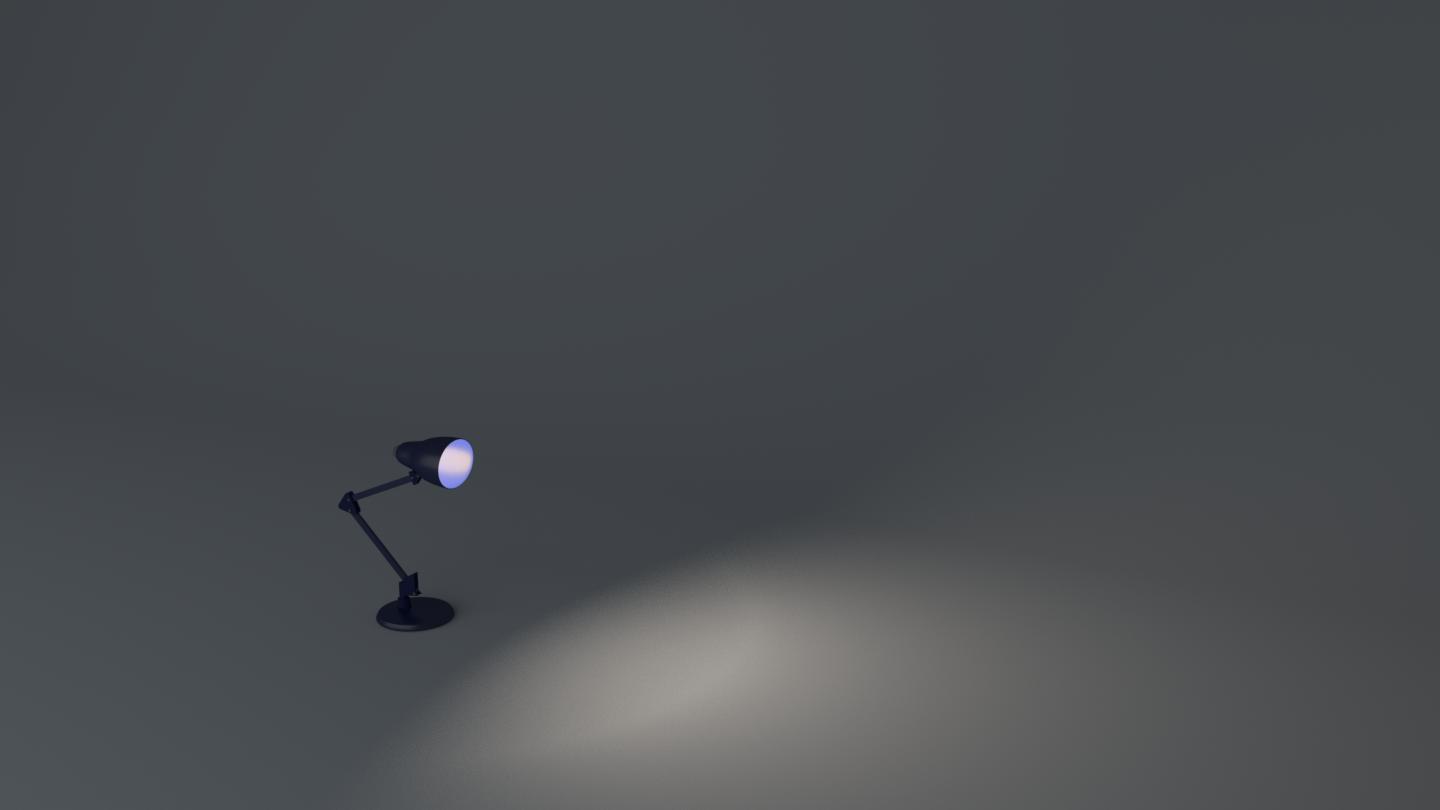 Not the answer you're looking for? Browse other questions tagged cycles light or ask your own question.

1
Sun Lamp doesn't show when background lighting is used
2
Create a cycles material from rendered picture
4
How can I do glowing halo particles/special effects in Cycles?
1
Noisy pixelated lightbulb filament emitter
0
Why won't the location of the light affect the direction of the shadows?
3
Render Speed up (cycles)