Does anybody use any Nvidia card (1050, 1060, 1070, 1080)on a MacPro 5,1 or else version of Mac? I did not find any benchmark on Nvidia cards on Mac, the "sheet" of Blender developpers using cards, shows very different results according to the platform and the OS used. Is it worth having two cards (like 2x1060-6GO)? I've heard Blender will not add or manage 2x6GO like it would manage 12GO on a single card? Thanks for answers

The GTX 10XX cards were not supported under OS X until just this past week. So benchmark data will be hard to find. For now.

Also, if you haven't already, study up on using newer Nvidia cards in the classic "cheesegrater" Mac Pro's, there are some caveats, especially if the card has not be reflashed. (off the shelf PC cards will work, but you won't have a startup splash and you may need to switch the monitor to a Mac card or use SSH to update the driver after installing OS updates)

Cycles can render across multiple cards, however the scene must copied in its entirety to each card, so you don't get to "add" the VRAM amounts. See: Does Blender support dual-GPU rendering if the two GPUs aren't the same? 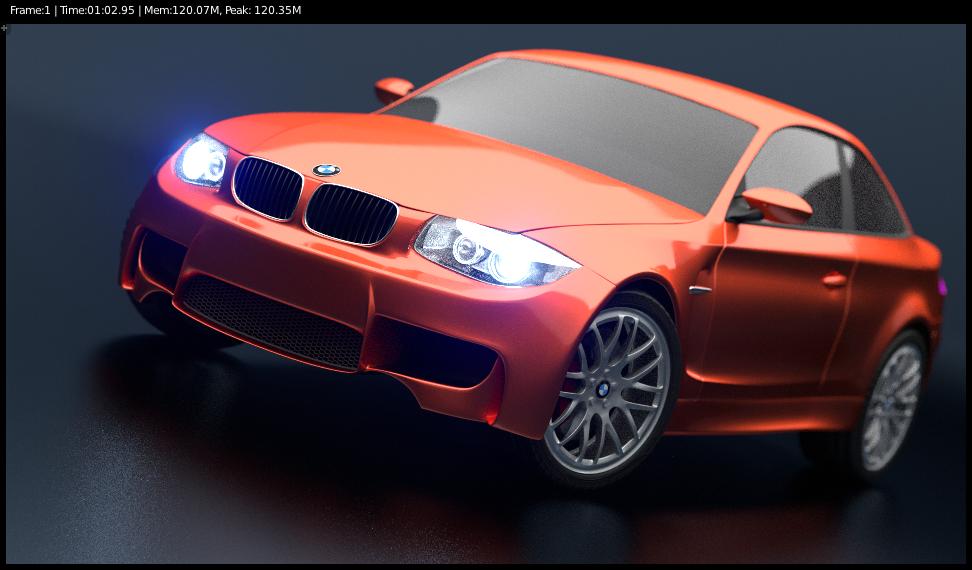 Render time is about 63 seconds. That's the blenchmark scene rendered by hitting F12 (blenchmark addon throws errors when I hit the benchmark button) Might also be worth noting that I'm running High Sierra, and on a Hackintosh.

Not the answer you're looking for? Browse other questions tagged video gpu osx or ask your own question.

6
Does Blender support dual-GPU rendering if the two GPUs aren't the same?