How do you make an animated mist / smoke with lights that go through it and interact with it?

I want to do a small patch of mist or smoke, and have lights go through it and light it up, in an animation.

I've seen the mist option directly in the interface, but as far I know it creates mist that doesn't interact with light.

I've seen the volumetric scattering in the compositor, which give great results, but you can only apply it to the entire scene to the best of my knowledge. I want it to be in particular area.

How would you go about that? 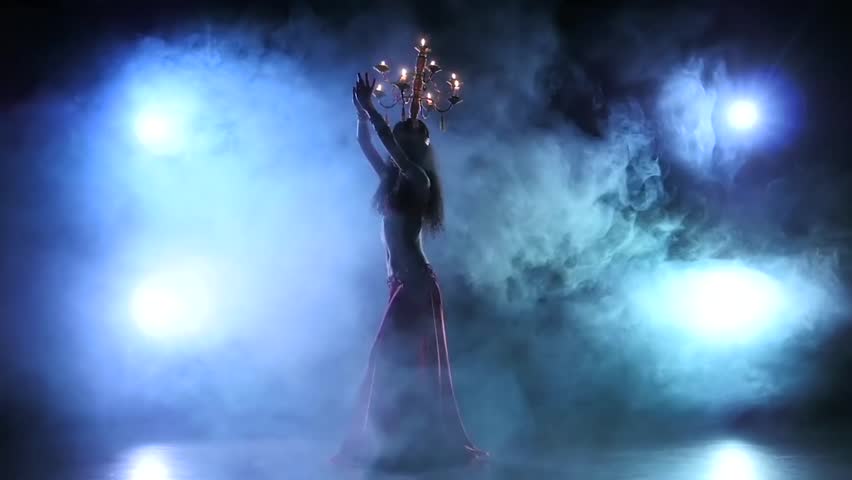 You see the different lights affect the smoke / mist just like in real life, and some of the light goes through it. 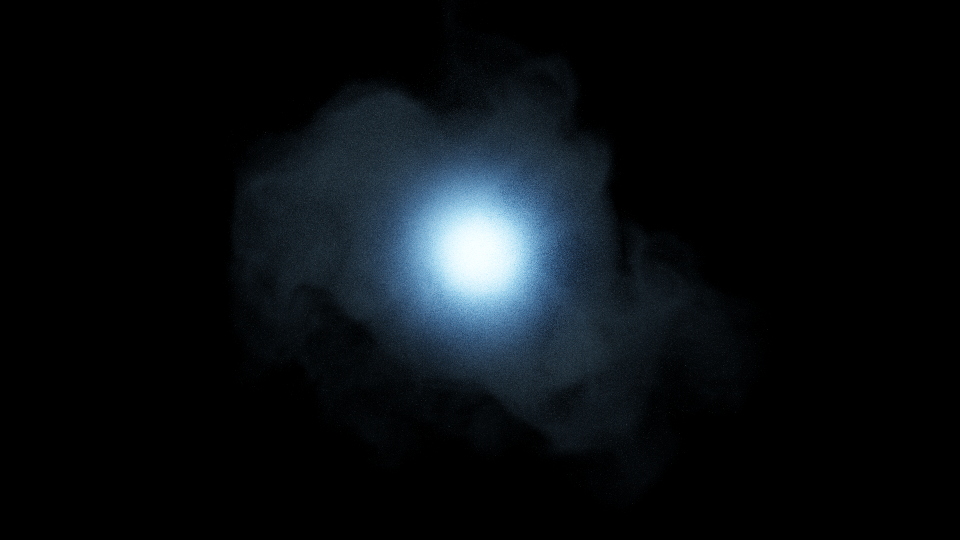 This is pretty complex setup and very demanding for the hardware. It's made using Cycles. You should have some knowledge in such fields as:

Final result is made with low settings.

First of all we need to setup up our scene. 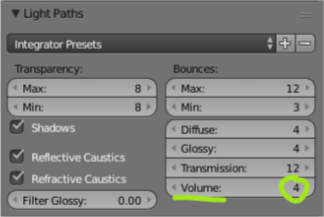 In my scene I've used two Ngon filled Circles, one for the light, and second for the Smoke Flow. One Empty for Force Field. Cube for Smoke Domain. 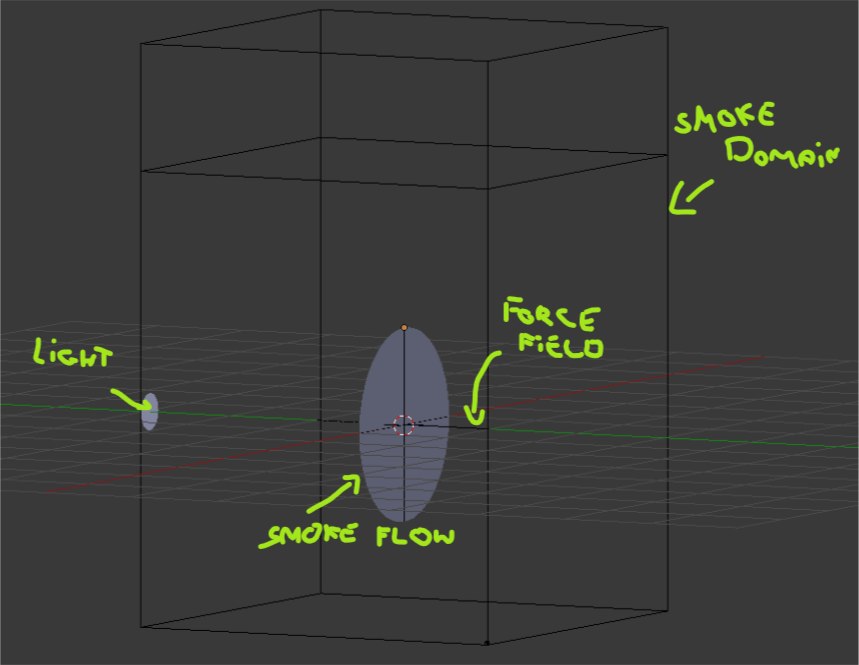 Small Circle behind Smoke Domain with Emission shader. It could be Sphere or anything else.

This is node setup I've used for it:

Again it's Circle, and again you can use different object. If you for example want to have really dense smoke, you can use Sphere for it.

Note 1: Remember to turn off view and render of this mesh in Outliner or assign to it Transparent Shader!

Note 2: Denser smoke will need higher Volume Light Paths and/or smaller smoke material density (we will get to it). 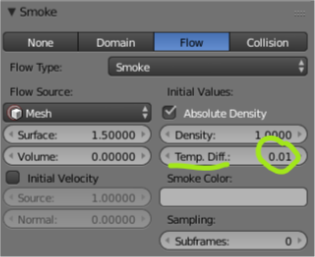 This is two step process.

Nothing special here. Only Noise Method is worth mentioning, lower setting will give you smoother smoke. 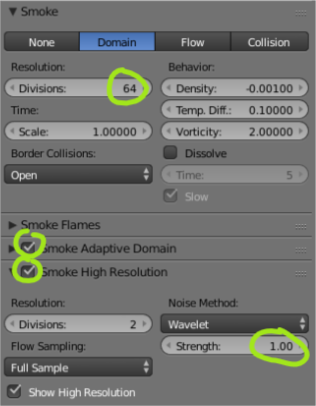 This is almost default material after using Quick Smoke, with addition of Brightness/Contrast node, which gives us harder and wither feel. Also default density value is decreased (this is connected to Smoke Flow Note 1 from above).

To make some smoke movement I've used Force Field > Turbulence. I like to stop smoke flow then move it by a force in such cases. Force field is assigned to an Empty. 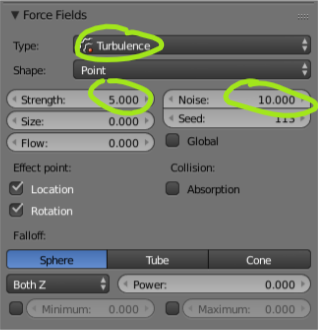 To make some light blur and streaks you will need to move light emitter to another layer. 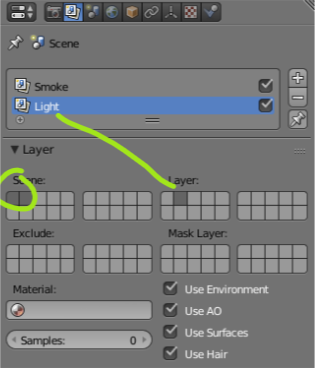 After final rendering, go to Composite nodes and make this setup. This is just blurred out light with streaks and gamma correction of smoke and light.

As I said at the beginning, this isn't easy if you're new to Blender. You can find any information related to techniques used here or you can just ask me and I will extend this as needed.

You need to have in mind that values used in this particular setup will vary in any other. Things like density, emission strength, smoke resolution, volume light paths etc. could be much different then these.

Check my blend file. Load it, check it, quick rewrite it.

You need to use for this filmic-blender. You should always use it.

Not the answer you're looking for? Browse other questions tagged light volumetrics photorealism or ask your own question.

31
How to make mesh lights work in Blender Eevee?
1
Particle system with combined meshes and lights
3
How to restrict certain lights from shining through specific materials?
0
How does fire and smoke simulation work?
2
How can I make any mesh be filled with smoke?
1
light bleed through window