Image texture showing up in texture mode but not render

I'm fairly new to texturing in blender and I was trying to make an american flag and set up a whole scene for it, but when I went into render mode the flag appeared black. I've gone into the nodes and made sure that I have an image texture connected to the output and the correct image chosen. I've uv wrapped the flag texture to make sure it shows up correctly and I have a texture with the flag set up but when I go to render mode I only see black 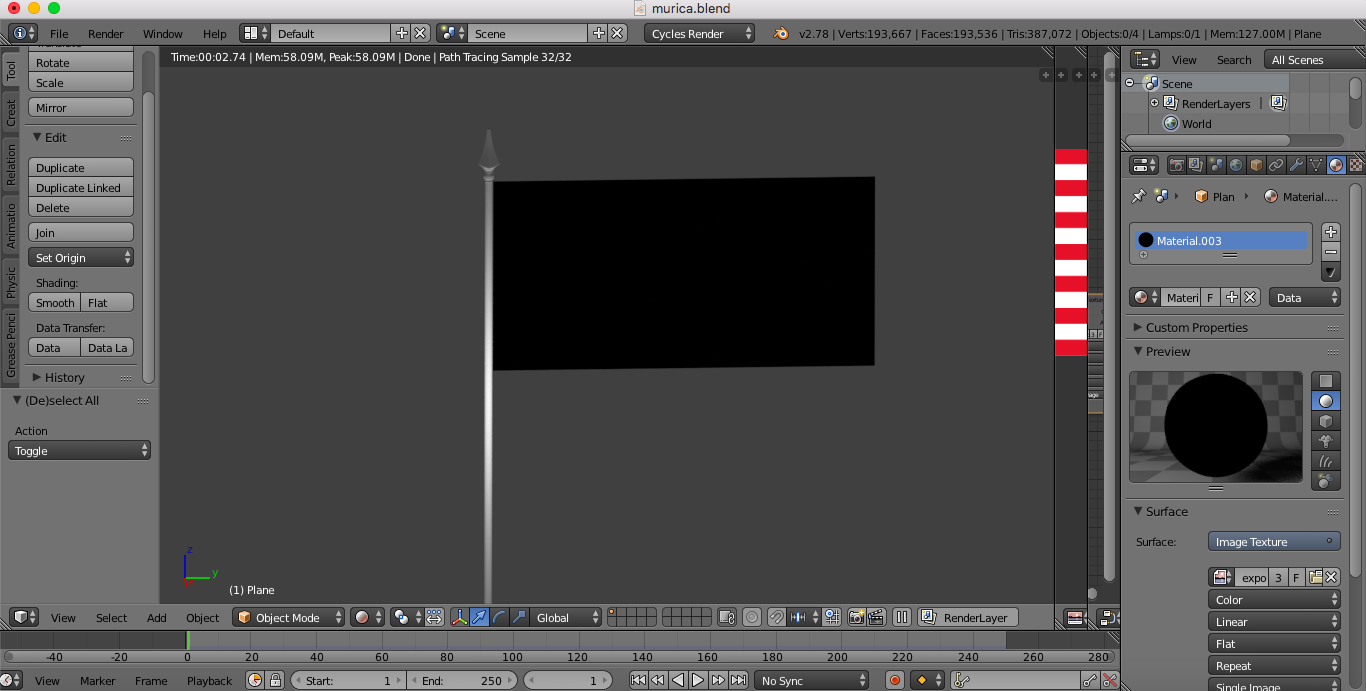 You have connected the image texture directly to the surface output, but it needs to be connected to the Color input of a shader, for example a diffuse, like this.

Below is the same material as it appears in the node editor, to make it clearer how to connect them.

In case your texture has an alpha channel, that doesn't get passed through the Color sockets. Instead it's passed separately through the Alpha socket. This can be used to mix multiple shaders, depending on the alpha channel, but to simply use it for transparency, connect it like this.

Not the answer you're looking for? Browse other questions tagged rendering materials or ask your own question.

17
What is the meaning of the color of the node sockets in the node editor?
4
How are color images used as input values in nodes?