Place an object on each face of a polyhedron

I made a regular polyhedron - let's say a octahedron - and (again for simplicity) a pyramid whose base face is congruent to the face of the polyhedron.

Now my question is: How can I "glue" a copy of the pyramid on every face of the tetrahedron? (such that the tip is pointing outward?)

Here an example of the two example objects (on the left) and the "desired" result (on the right), but in this one I attached the pyramid manually (very badly, as you can see). They point in all kinds of directions, but not really away from the octahedron. 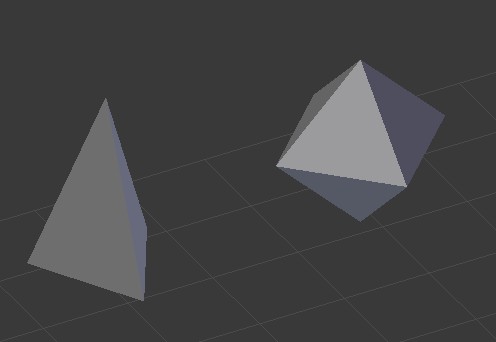 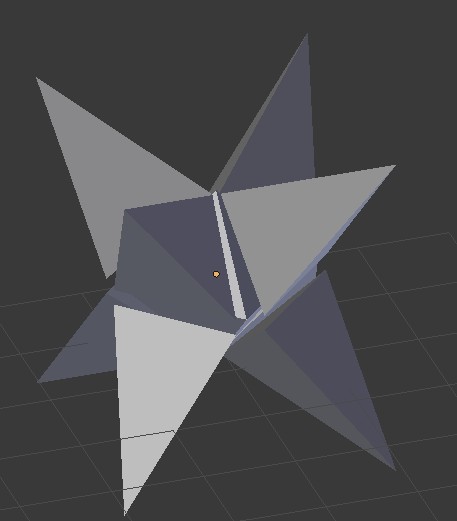 I tried finding suitable modifiers, but without success.

PS: I'm aware of this question but that does not apply here, as the actual objects I want to glue to the faces are a little bit more complicated.

EDIT1: I just found the Object > Duplication > Faces menu which is getting me a step closer, but then then all duplicates are still facing the same direciton as the original.

EDIT2: Using the Duplication > Faces method the spikes still do not end up in the correct orientation as I stated already in EDIT1. It looks about like this now (I enlarged the octahedron just just to separate the pyramids a little bit): 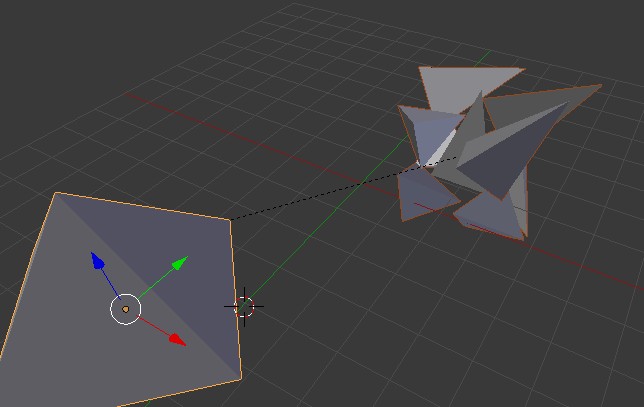 Let's say you have an octahedron and a gear and you want to have a gear on each of the faces of the octahedron. 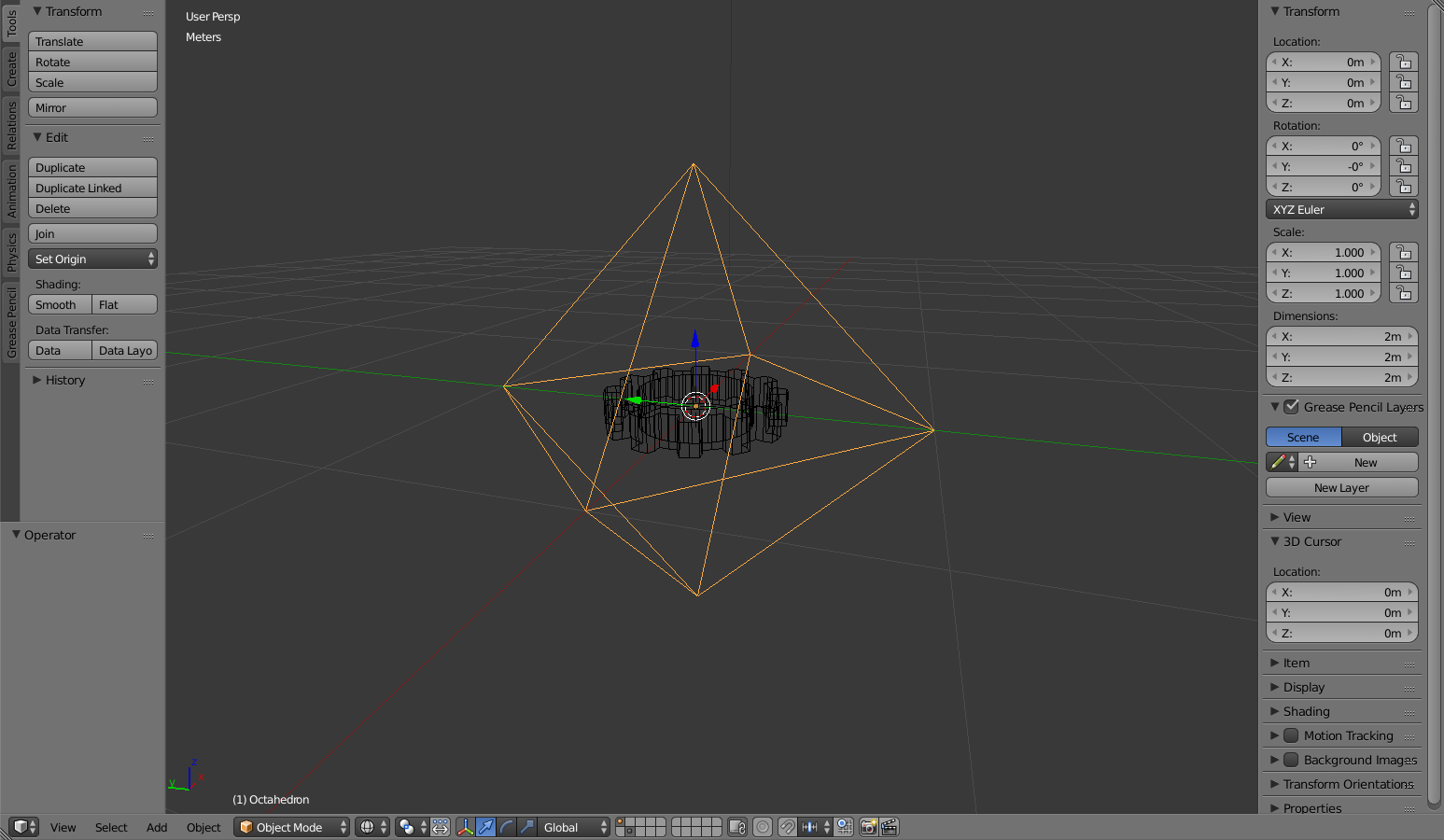 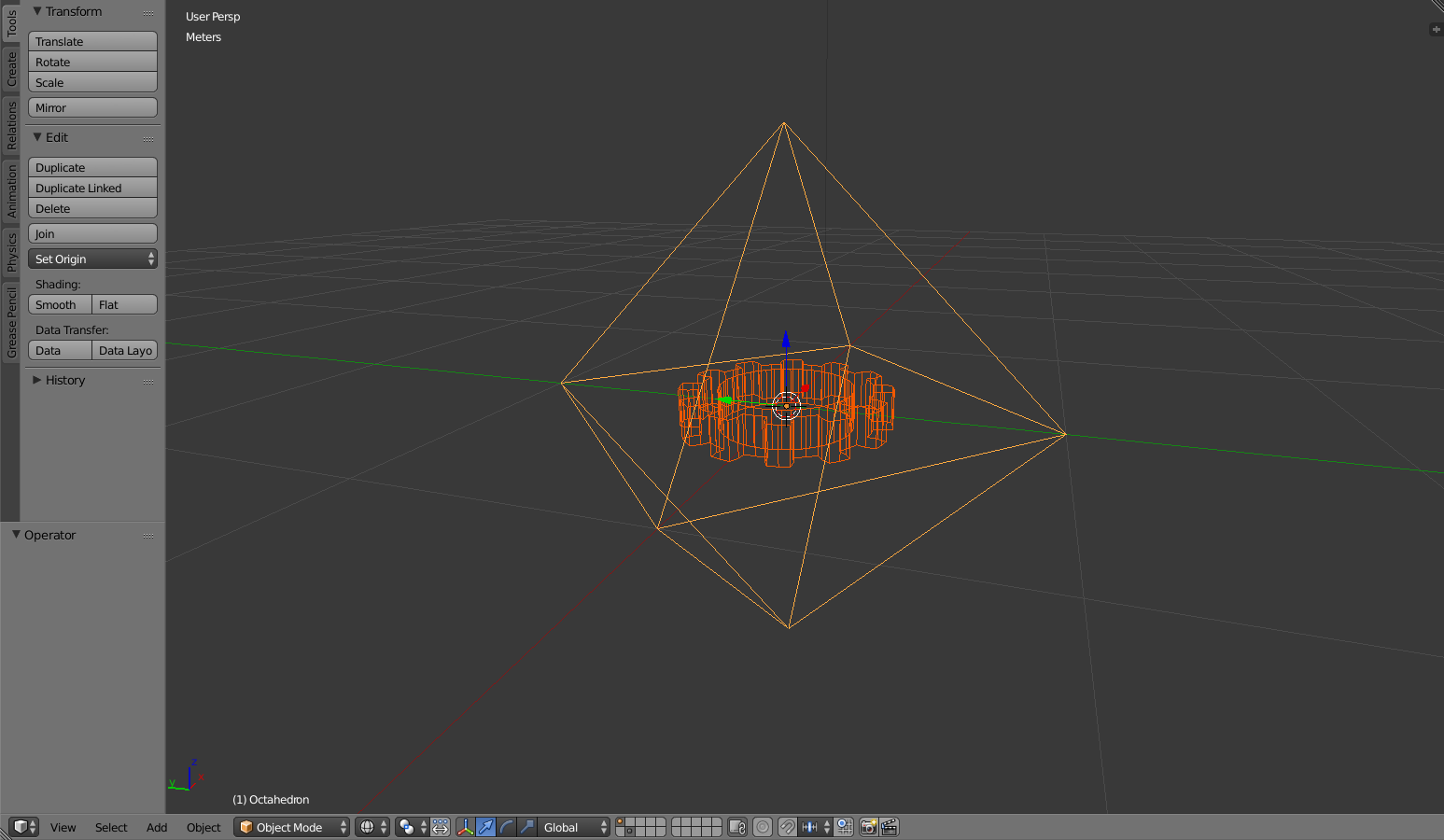 Then press CtrlP and select parent to vertex. 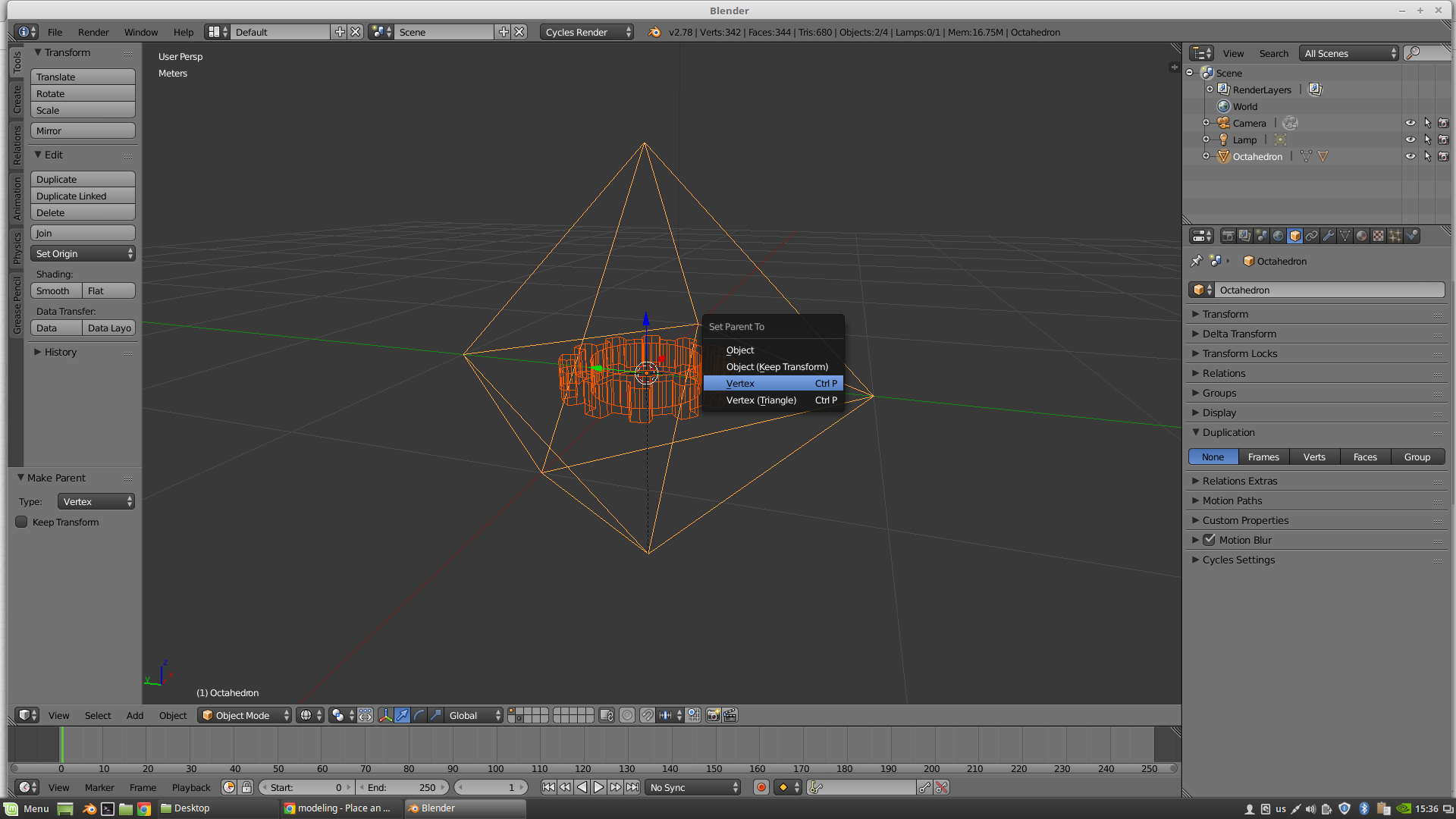 Set the duplication to faces. 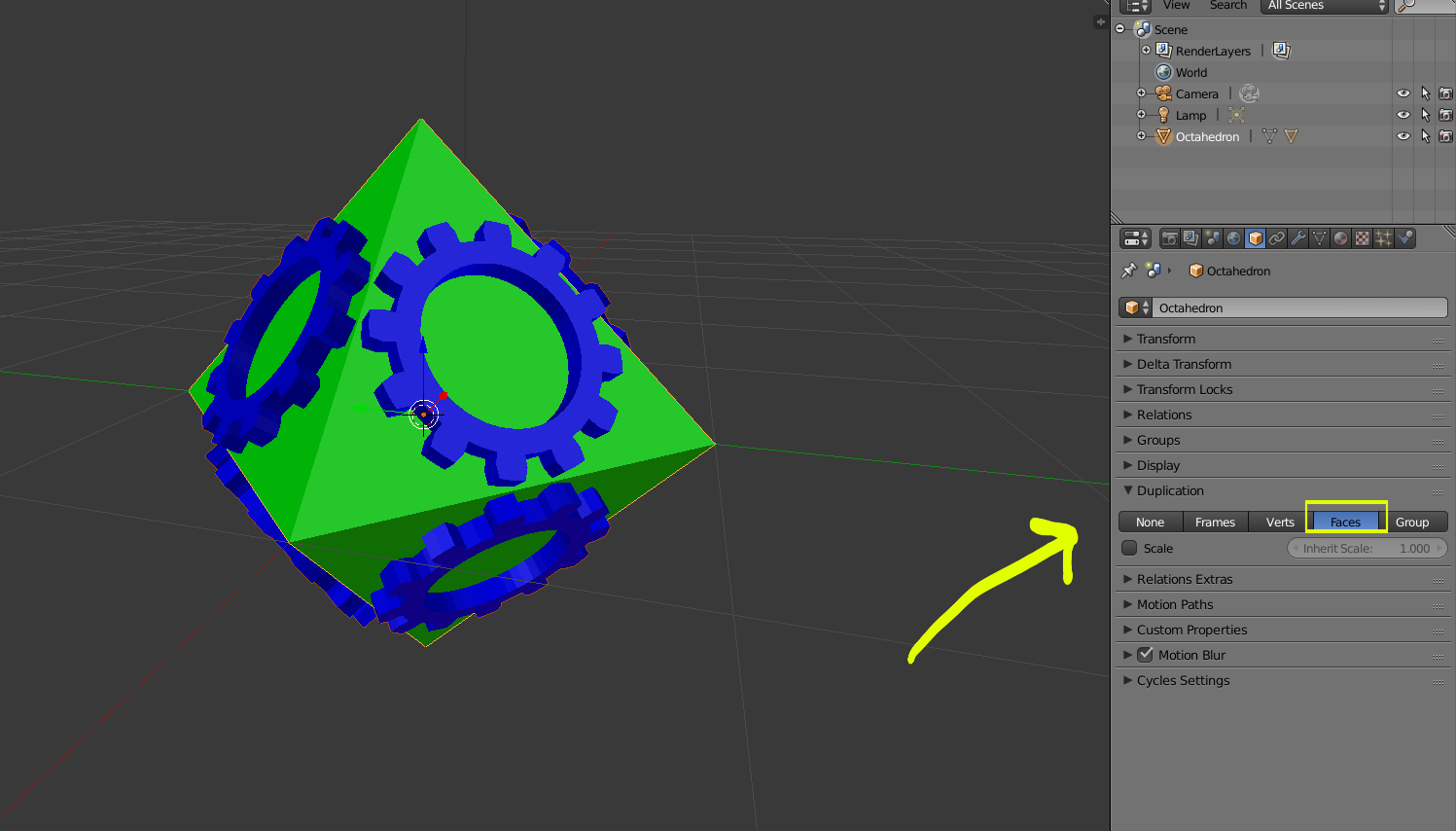 The advantege of this is that both objects remain editable, and chhanges on the duplicated object will be applied to each one of the instances. Once you are happy with the results you can Make Duplicates Real by pressing Ctrl+Shift+A

Both objects must be at a common origin. 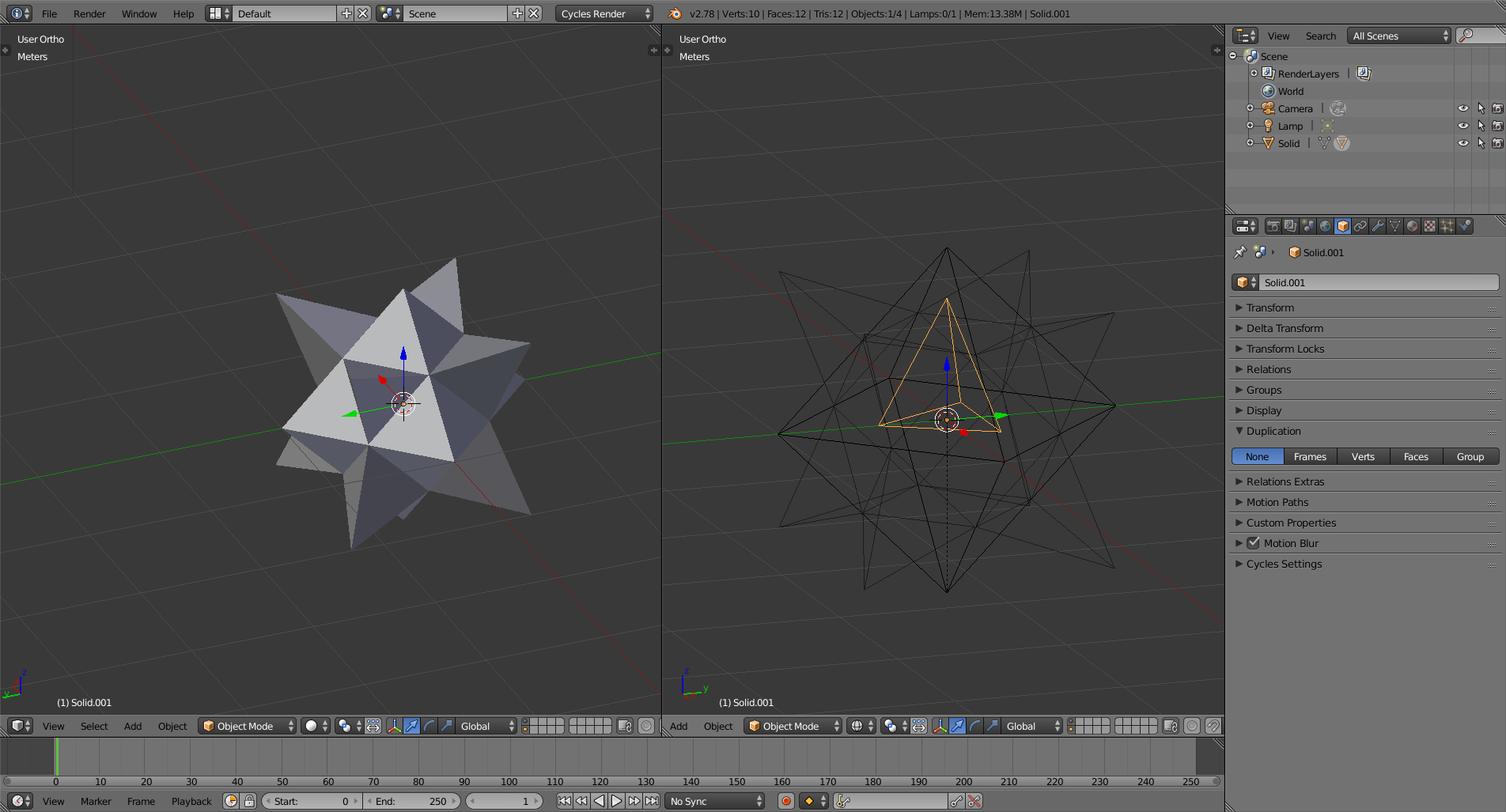 Not the answer you're looking for? Browse other questions tagged modeling modifiers faces or ask your own question.