Why aren't objects generating along this curve?

Then I used Object Offset and selected the BezierCurve, but the objects aren't following along the curve and are instead in a straight line.

I don't know what's happening, can anyone help me? Thanks 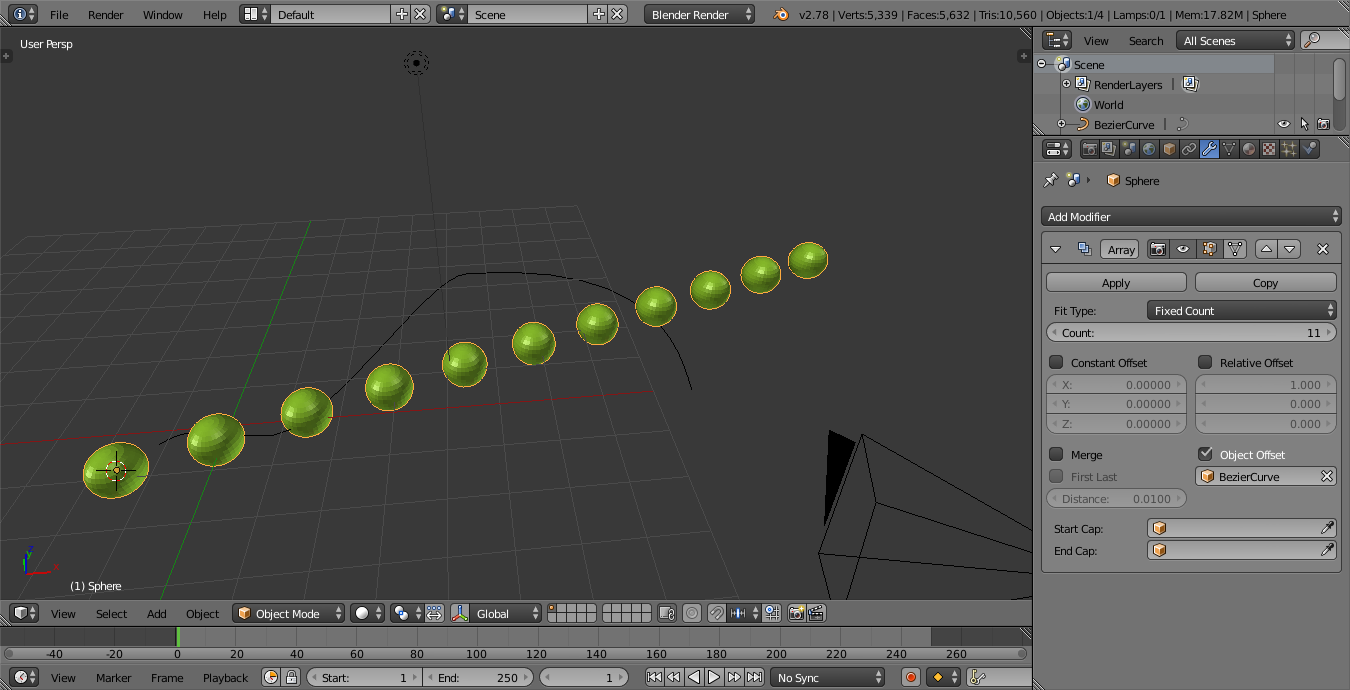 6
How to smooth an arrayed object so the breaks between objects are less obvious?
5
Torus object stretched in array curve modifier

42
How to make a circular array using offset object as center?
17
Repeating objects along a path
3
How can I duplicate an object along a path?
1
Creating an Array Rotation
1
Duplicating object along curve
1
Array along a curve that is made up of loose parts