Applying transforms automatically before I export an FBX?

I'm currently working on a game project using MonoGame, and I have been using Blender as my "level editor" in a way: 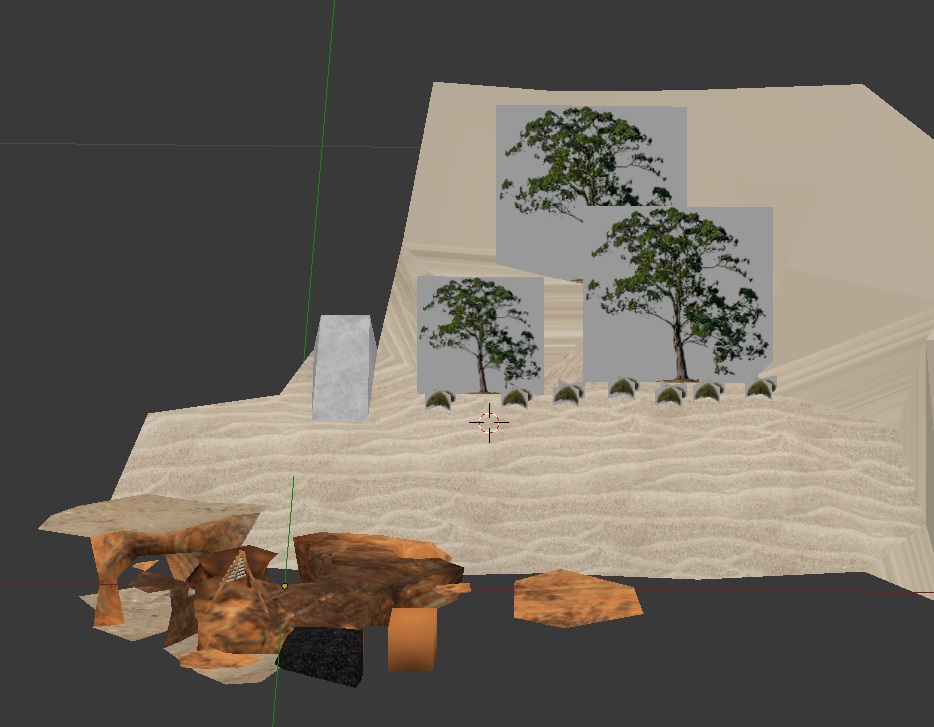 Now, in that image, you can see I use the same bush and tree model multiple times. Unfortunately, each of those is a different mesh separate inside the same object, instead of all being linked dubplicates of an object. The reason for this, is because when I export a .fbx, all my transforms (position, rotation and scale) get cleared, so I'm left with all my objects in the middle of the stage at 0,0,0.

Is there any way to have it so that when I export, Blender temporarily applies position+rotation+scale to each object. It would really save me a lot of time in editing if I could just move objects around instead of vertices as I am now.

Thanks in advance for any help on this matter! 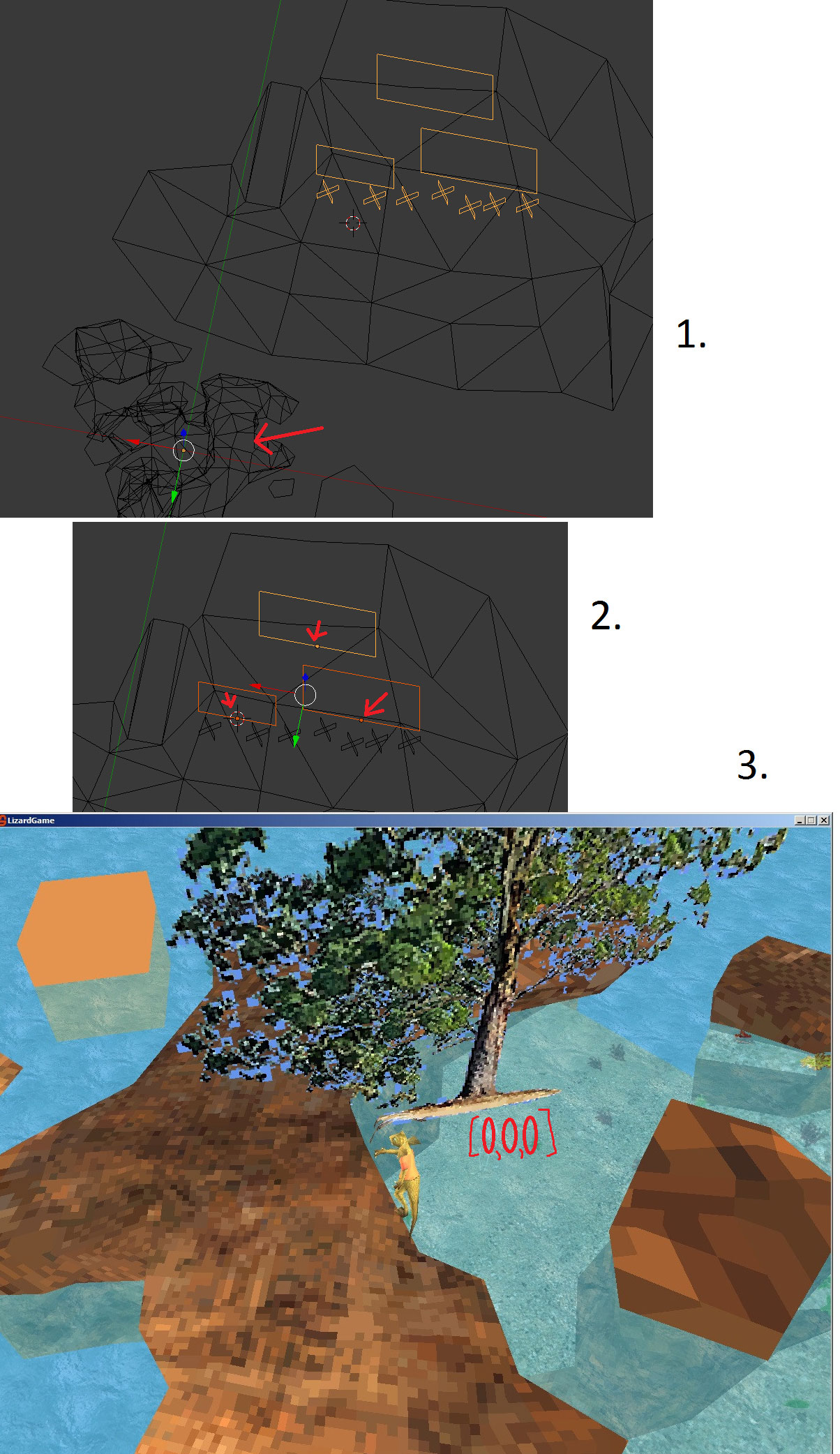 At the moment, the way that currently works is like so [1.] (I've selected one object). Note how the origin of the object is at 0,0,0, but its vertices are offset to where I want them to be.

If I were to separate them like I want them, and have the origin be in a useful location relative to the mesh [2.]

Then when I load the FBX into my game, this happens (the position of the objects doesn't get exported, so they go to 0,0,0) [3.]

EDIT: I found out that there was nothing wrong with Blender's .fbx exporter. I could get the transform of each object by using: ModelMesh.ParentBone.Transform

They should be separate objects. Right now, by your explanation, blender sees it as one mesh.

They are not different mesh. Blender sees it as one mesh when grouped as object.

In edit mode, select one plane at a time and hit P. Choose selection option. Now it's a separate object you can apply loc,rot,scale to.

I found out the answer: there was no issue with Blender's .fbx exporter. I could get the transform of each object by using MonoGame/XNA's: ModelMesh.ParentBone.Transform

2
.obj export - moving the origin
1
Embed media option for Fbx export
1
Can I export multiple objects with individual animations to FBX?
1
FBX export: object pivot is set to center of the scene
1
How do I set scale when exporting to FBX for Unreal Engine 4?