How to fill a 3D bezier curve?

If I turn a bezier curve to 3D the surface will disappear. But I need 3D curve because it uses all the 3 axis to define the shape. I tried all the Fill options (Half, Front, Back, Full) but none of those do anything for me.

So how to fill a 3D bezier curve? What do those Fill options do using 3D curve?

What you can do is converting it to a mesh and grid fill the result:

You have two options, allowing to tune the resulting geometry:

I found a way to mimic what you need, using a mesh that is influenced by a bezier. This is not strictly what you were looking for, as said above, but it could perhaps help you or give inspiration, at least. Or so I hope.

I created a bezier circle with 8 control points (subdivided the default). Flat on the ground, but 3d so, not filled.

Then I created a 8 vertex mesh circle, filled, set a subsurf (level 3) so that it looks like a circle. Each mesh vertex is exactly above each bezier control point.

Then I put an empty where one of the bezier vertices was, and parented the empty to the bezier vertex. Due to the above setup, obviously the empty is also just above the related mesh vertex.

Then I put a hook from that mesh vertex to the hook.

In this way the 3d bezier control point moves the mesh vertex, which looks quite like what you were looking for, at least for this simple example.

see what I mean: 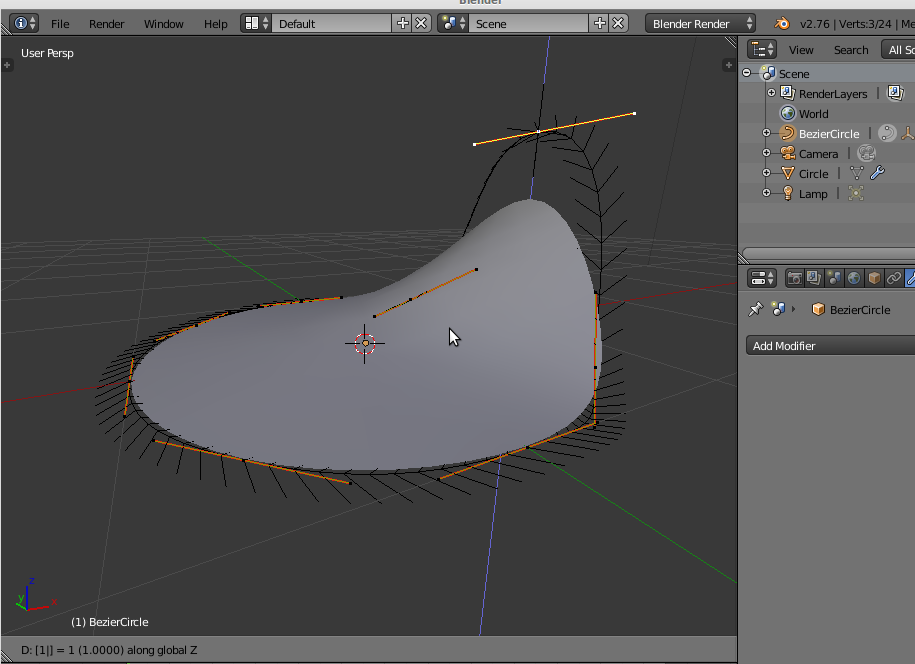 Of course a bezier control points also has handles and those can usually change the shape, and this is not happening here.

Another similar an perhaps easier setup can be made using a lattice deform modifier on the same subdivided 8-vertex mesh circle: 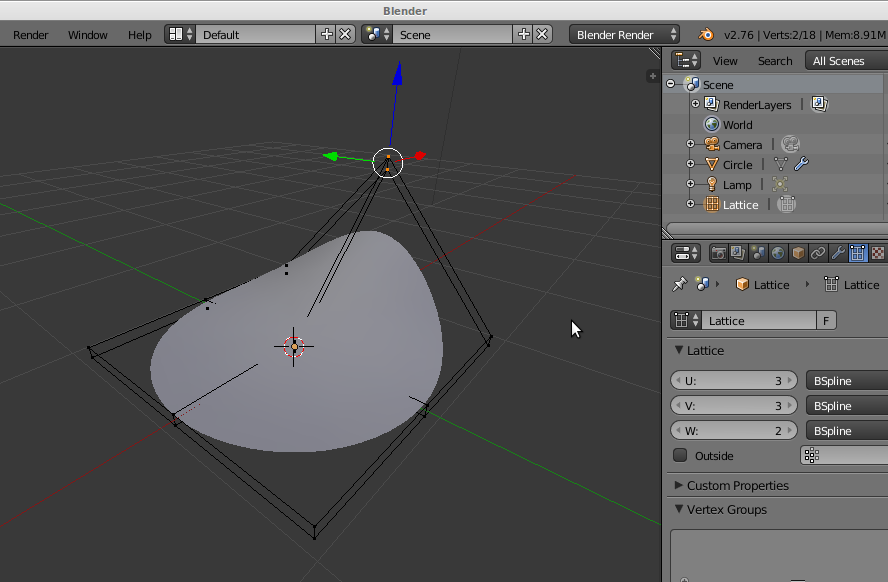 I already gave an answer to another question which (on 2d) uses a similar bezier+empties approach on a different setup: Bezier masks for use with groups of shapes? and there somehow I could setup something similar for handles, too (look for the file linked in comments).

This bad answer was deleted because it was a misunderstanding of the question, but following the comments (in another answer), I reopen it to provide further information about "fill option".

Isolated vertices or lines are not rendered: rendering needs thickness.

From a curve, you have 3 typical ways to give it some thickness:

4
How can I remesh a curve that has been converted to mesh?
2
Bezier masks for use with groups of shapes?

0
Extrusion along a curve: position of the profile
14
Keeping Bezier spiral curve handle tilt perpendicular to a specific axis
3
Bezier Curve: Bevel Object is creating a flat surface
3
Curve modifier on an already curved model?
1
What is the key for the curve modifier to work properly?
2
Snap or project bezier curve to mesh surface
0
Object following path not on the same axis