How to rig a car wheel. I don't find the add single driver option 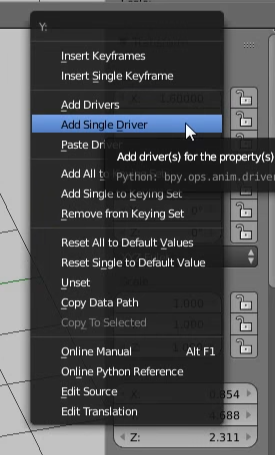 but this option does not appear to me. 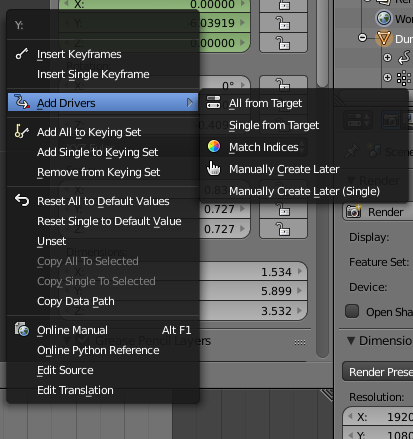 Does anybody knows why? Maybe a Blender update? Thanks in advance

The workflow initially was to assign an "empty" driver and then define it in the graph editor. Nowdays it's provided an option to set a driver based on a picked object.

You can obtain the same result shown in your video by choosing "Manually Create Later (Single)" option in the driver menu.

Not the answer you're looking for? Browse other questions tagged rigging drivers or ask your own question.

1
Driver Expression
3
How to use "self" in a driver expression to refer to transforms of a bone in the parent armature?
3
How to get a Material property driver to update properly (2.78)?
2
Weird driver behavior on frame change
1
Custom float property used in a driver need manual UI modification to work
1
Customizing the Rigify meta-rig, Constraints & Custom Drivers, what's the solution?
3
problems with float variables
0
How to detect absolute motion?