How to add a uniform complex shape to a high poly geometry?

Can anyone help me understand how to add this kind of ring geometry for a high-poly mesh: 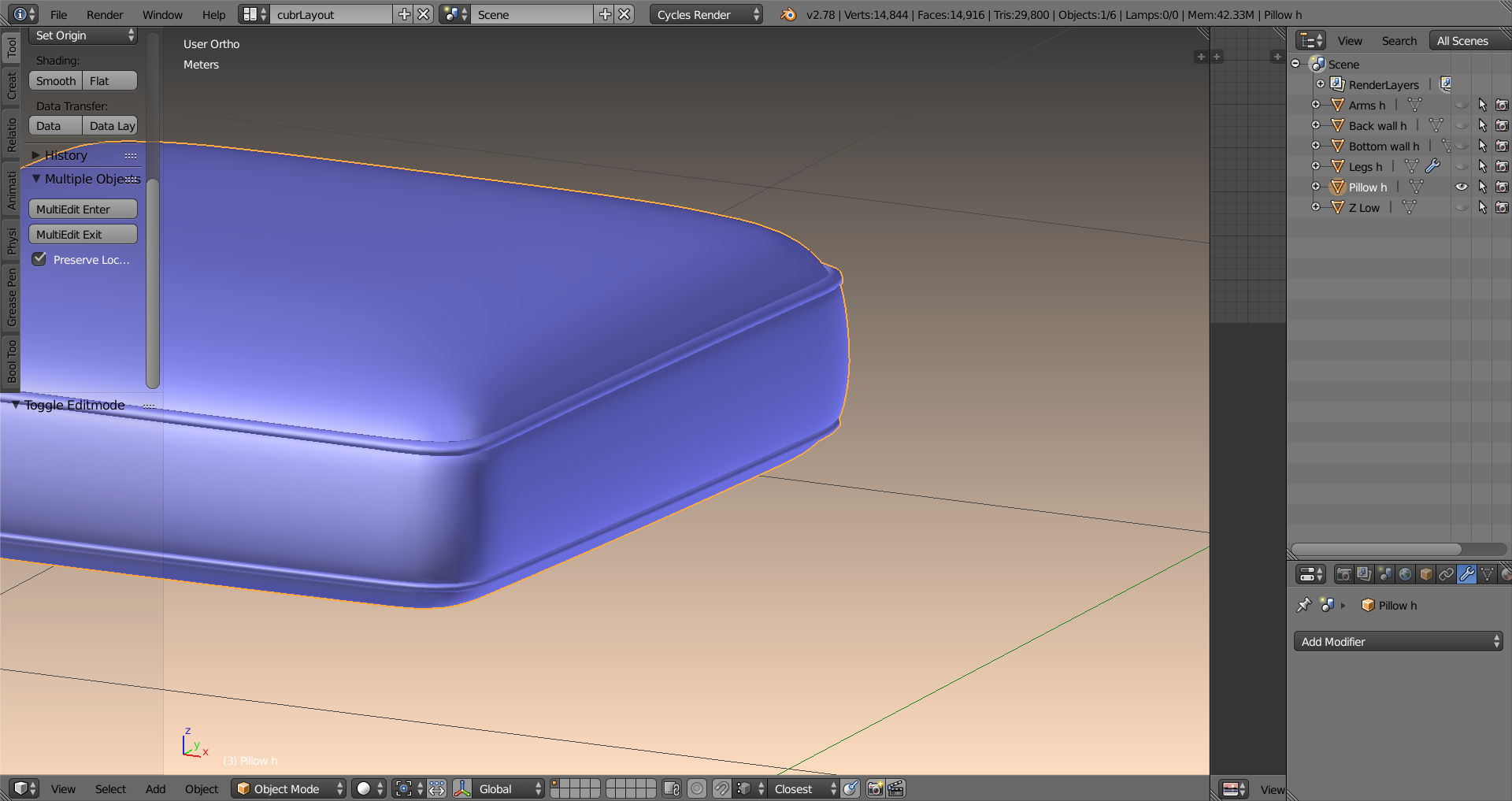 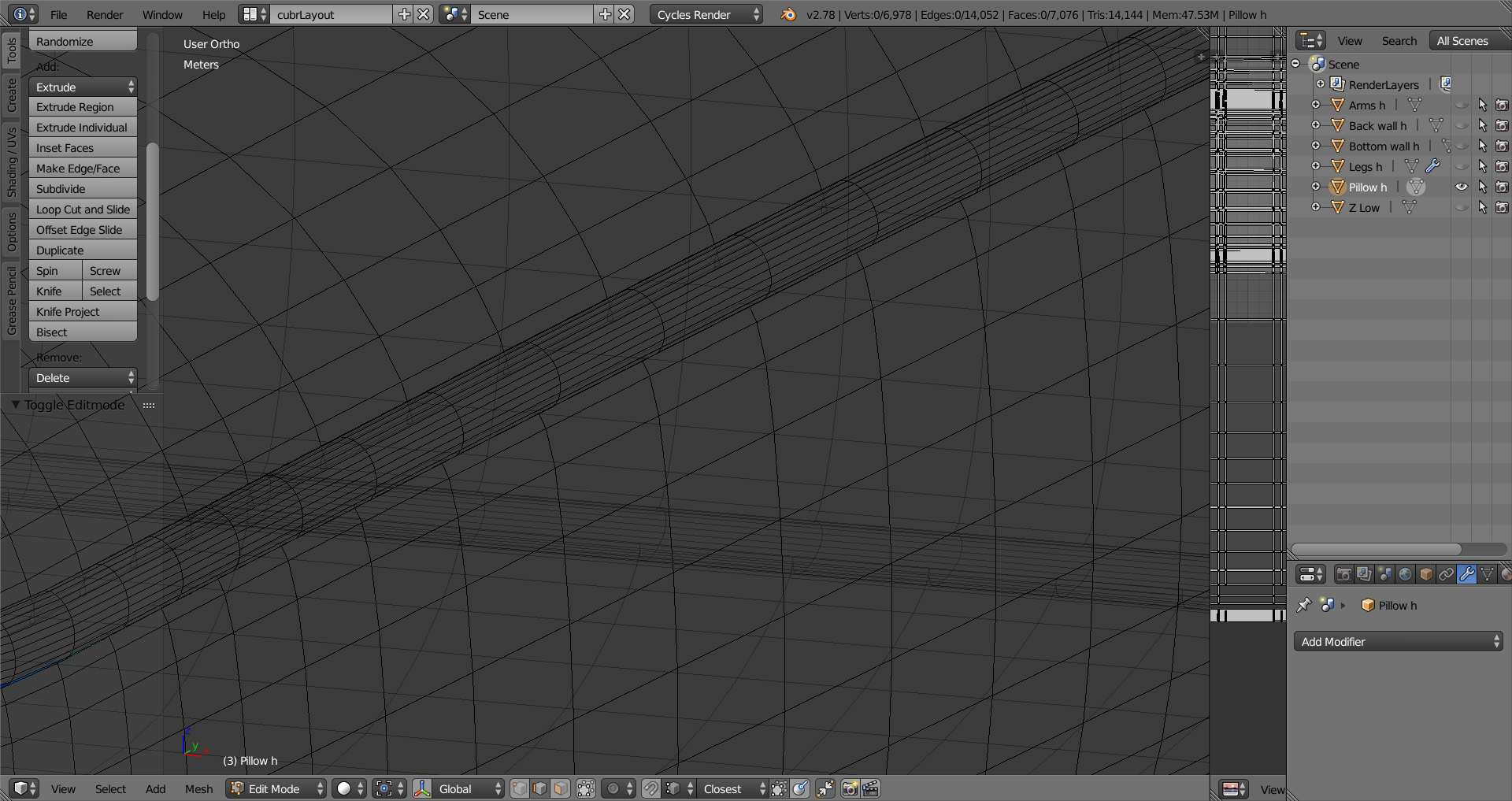 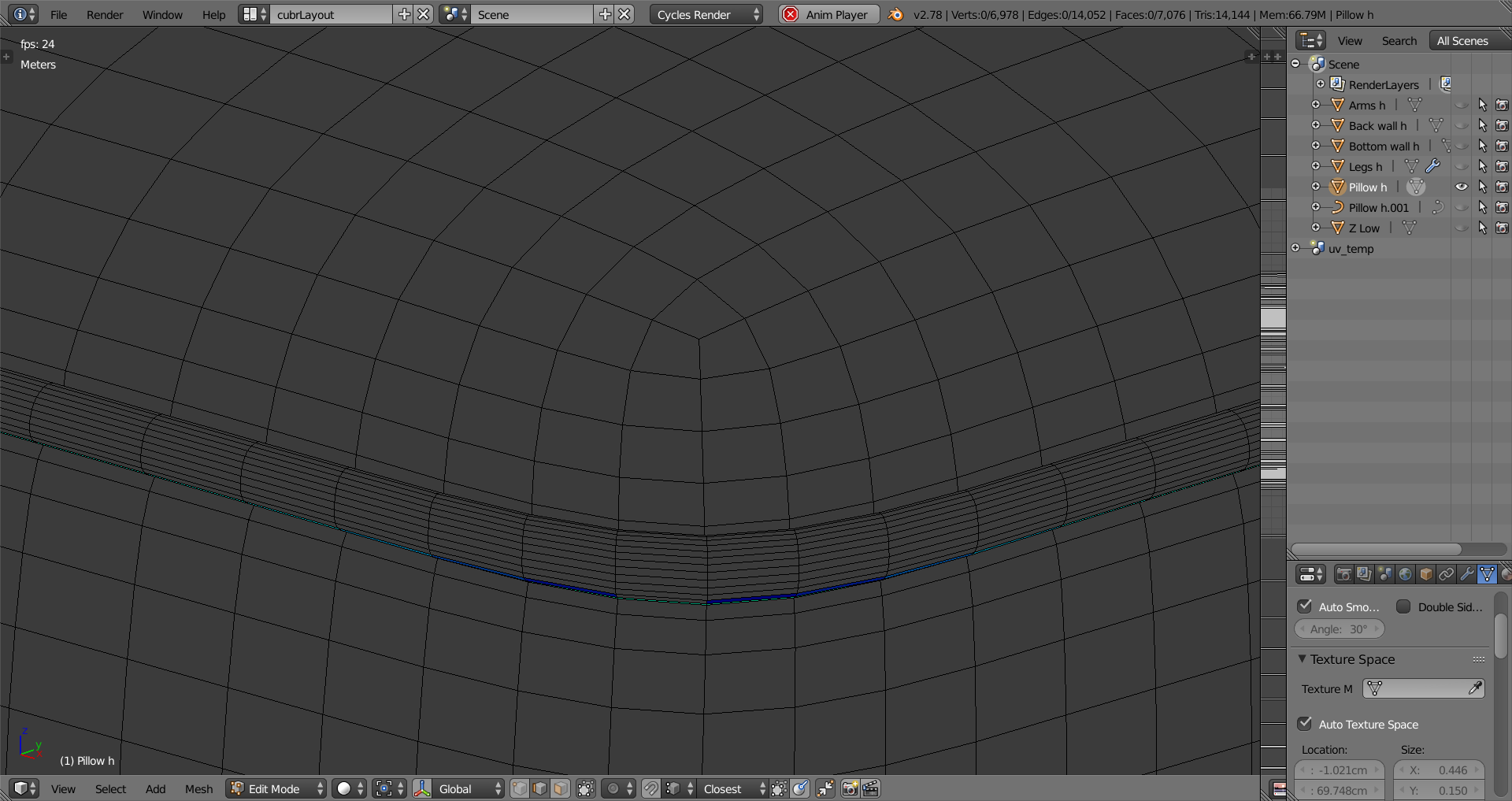 It almost feels like the author simply selected an edge loop on a high poly mesh and applied some action that bevels the loop and smoothly extrudes (spins?pops?) the newly created loops. Can anyone tell me how that can be done?

It can be obtained with a subdivision surface modifier, starting from a simple shape: 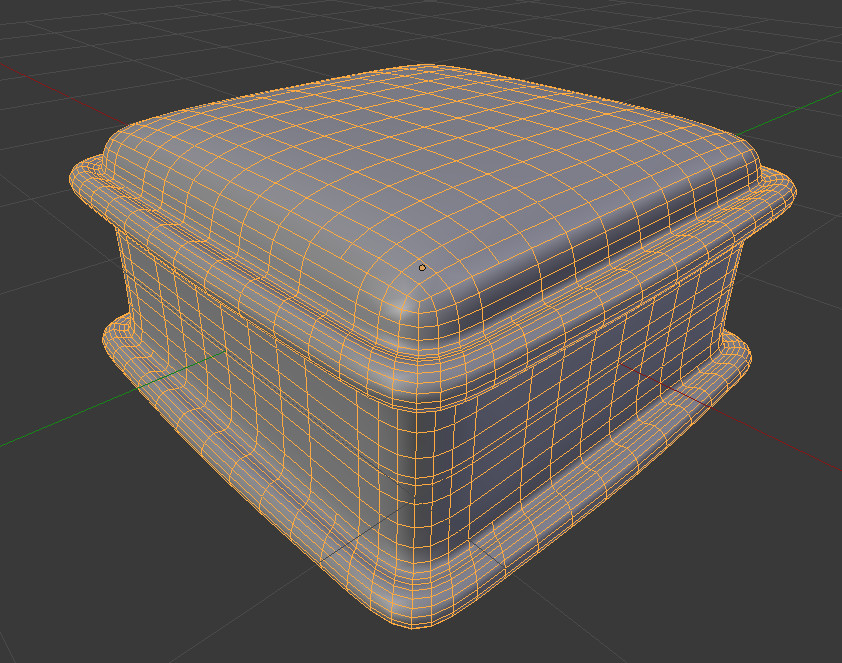 Here we can make it using a mirror modifier on X, Y, Z.

The base shape is as shown below: just the profile repeated/rotated at the extremities and at the corner.

With the mirror and the subdivision surface, we obtain this:

Now, refine the profile adding two loop cuts and grabbing down the border:

Edit following the comments, if you want to do it from an already modeled base shape:

After that, to do: remove some edges loops in the inner part in both objects, join them, and bridge edge loops between them.

Not the answer you're looking for? Browse other questions tagged extrude bevel or ask your own question.

25
How to solidify edges

0
Trouble extruding complex shape from model
7
How to extrude an irregular shape into a cylinder?
0
Shrink/Fatten, weird edges. How to get uniform scale?
4
How can I bevel geometry that approximates a curve?
2
Low poly curve to a high poly curve ?
2
Is there a better method to add uniform thickness to a curve pattern that has been converted into a mesh?
0
How to extrude a circular shape out of an object
1
Modelling an awkward and complex shape