The hair of my character changes radically when brought into a new file, as either Appended or Linked - see images. As a work around I have created a new copy of the character and then rather linked the set and props into the same file. While this works it will become cumbersome when adding more characters, and seems to go against the concept of optimizing workflow. Is there something I am missing, or are hair particles not designed to link/ append at the moment? 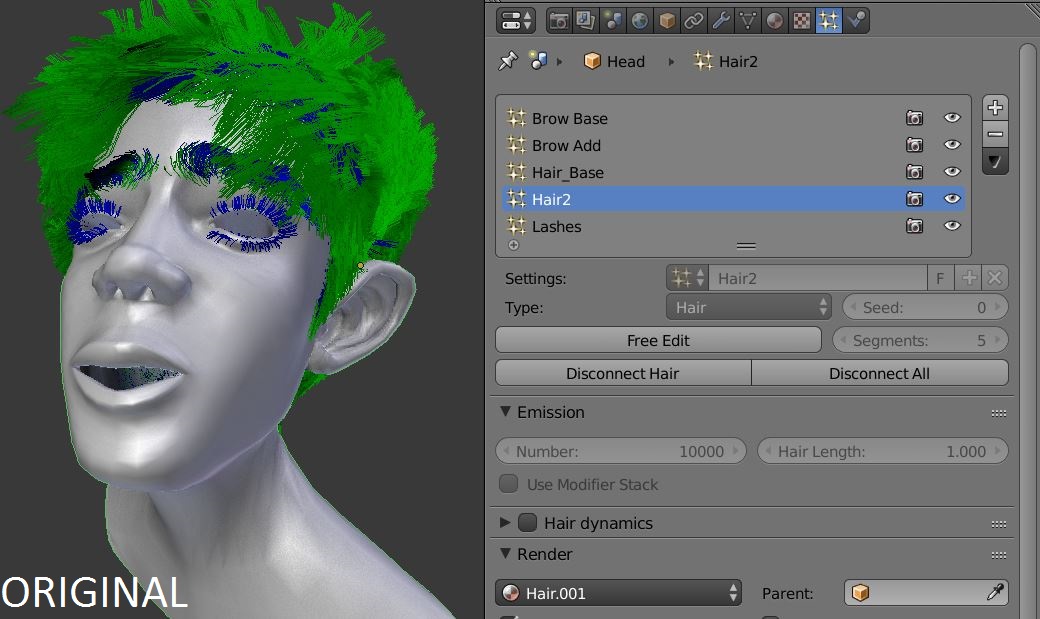 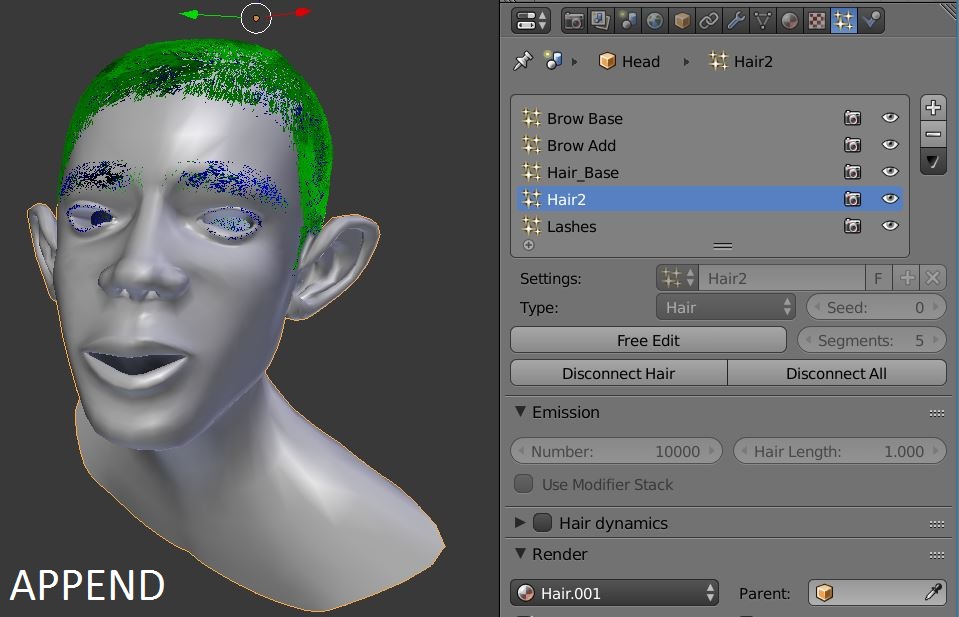 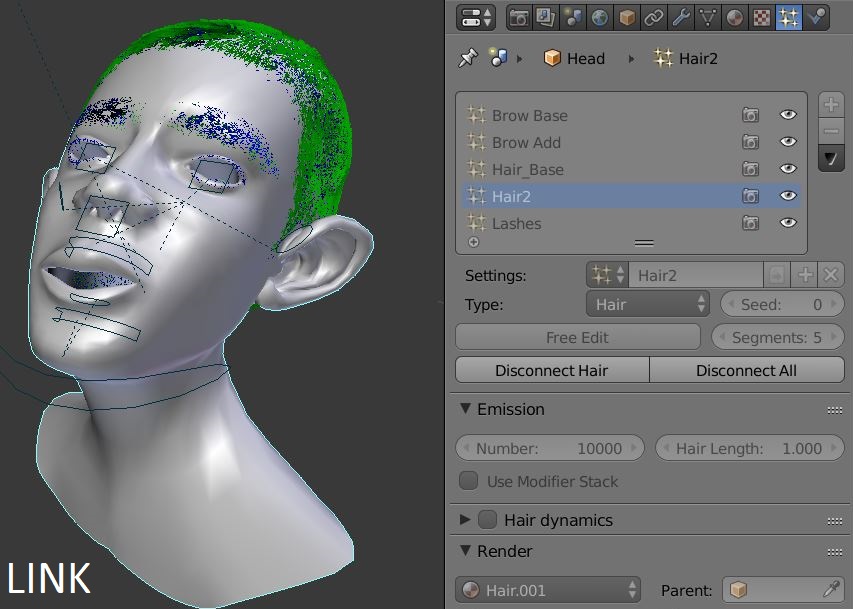 About the process: The Hair Base is just one vertex group on the Head Object - which has two particle systems - the vertex group controls the density in both particles systems. It also has a black & white UV texture that defines the hairline.

The brows have two vertex groups - one for density and the other length - with two particles systems. The second vertex group only uses the density.

The lash have a simple vertex group with one particle system.

Some progress: I have an older file with the model and hair setup - without animation - that I have been able to both link and append without problems. It seems obvious now that somehow the rigging, and or animation is interfering, though the hair itself is not animated.

I discovered that although my character only has one rig, it is also linking/ appending a 2nd rig which is indirectly connected via animation = the boy rides a bike. The 2nd rig when deleted from the file, causes the head object to re-scale and restores the styled hair.

It would be easy to conclude the problem is with the scale of the rigs. The 1st is scaled 0.1 to fit into the environment. All other objects, including the 2nd rig, were scaled 1:1. In the initial scene this presented no problems and indeed should not. I have performed simply tests with differently armatures in different scales, added a few animations and none of them have changed the representation of the hair particles.

In this case Blender has not been able to reconcile the different scales and my solution is to sacrifice the animation - this gets destroyed when the second rig is deleted - if my priority is to get the characters hair restored. Unfortunately at this stage I cannot Apply Scale as this also causes strange results. For future reference I will of course do this before animation just to rule out the possibility that this could contribute to Blender confusion.

Regarding the disappearance of my Vertex Groups in answer to Dimali's suggested answer and my comment: During the (pitchipoy) rigging process I had to re do the bone placements a number of times and each time the cleanest way to reset the weights was to delete all groups and start again. My hair particles being hidden at the time survived the purge, but the groups did not. While not a documented function, it appears similar to applying a modifier group and not being able to return to the edit stage. As I do not need to edit the groups I do not consider this a problem.

The result will be different if the objects have different vertex painting. The pictures seem much like this is the case. The hair only refers to the vertex groups, but does not copy them when you append the hair. It looks like in the first image, the original weighting is present, and in the other two they have been flattened to zero and one.

Not the answer you're looking for? Browse other questions tagged particles linked-data hair append or ask your own question.