Ask Question
Asked 6 years, 9 months ago
Active 6 years, 5 months ago
Viewed 761 times
2
$\begingroup$
This question already has an answer here:
How can I setup a Material in Cycles for Z-Transparency? (1 answer)
Closed 6 years ago.

I'm trying to mix to shaders with the use of an alpha texture. I UV unwrapped the cube and adjusted the mapping but it still doesn't work. On the top of the cube there should be a P with the Glossy Shader. 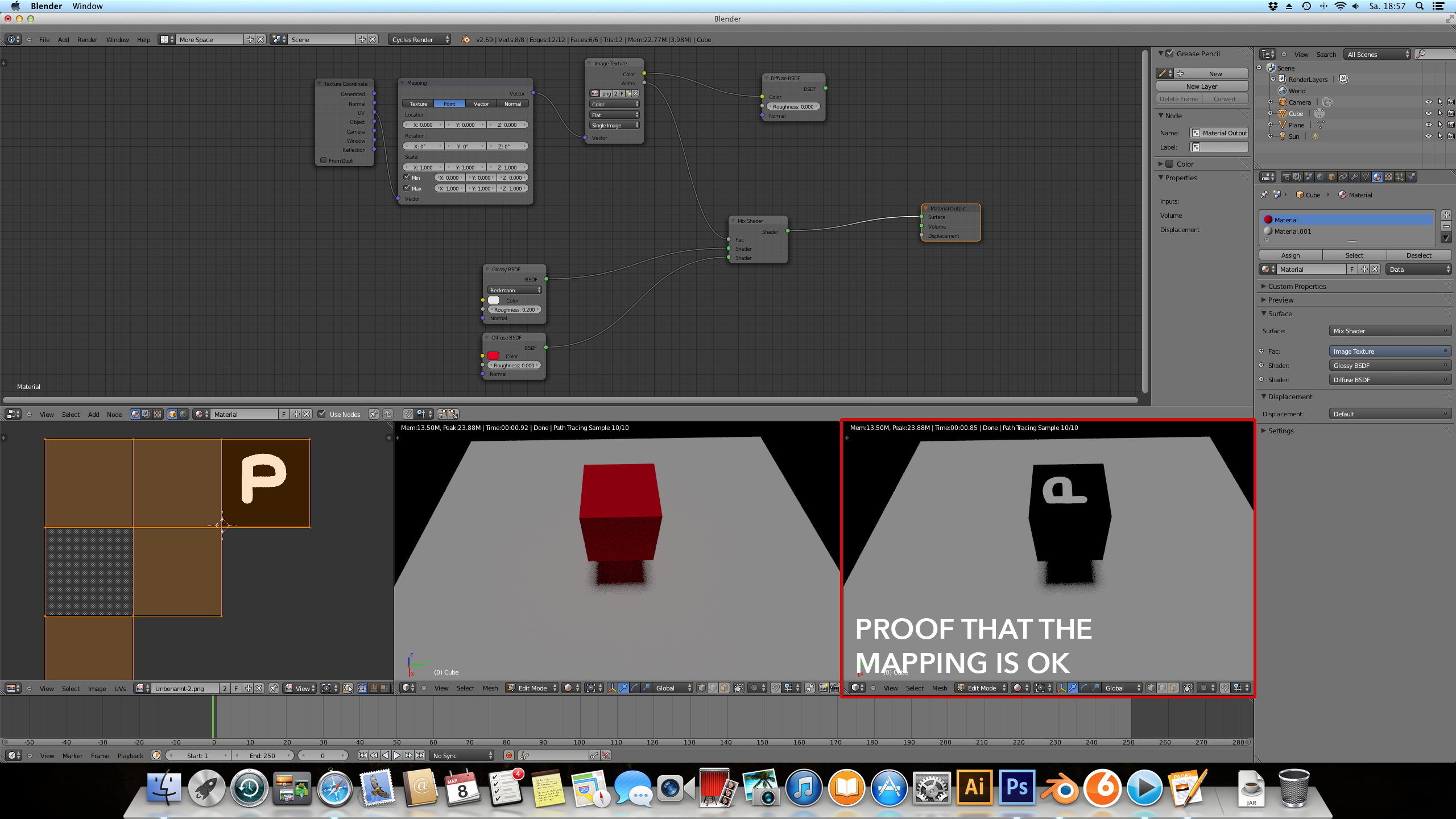 In your screen shot you plugged the alpha channel from the image in the the mix Shader.

Just plug the color socket of the image texture in to the factor of the mix Shader.

If you change your image, delete all the black part so that it is clear. Then the alpha and color channels would be the same. White only where the letter P is.

Not the answer you're looking for? Browse other questions tagged texturing materials uv transparency or ask your own question.

11
How can I setup a Material in Cycles for Z-Transparency?
9
Setup a decal material in cycles
3
How do you overlay an image on a shader in Cycles?
2
Why this material doesn't render?