I have an issue when trying to texture paint an object with a stencil. 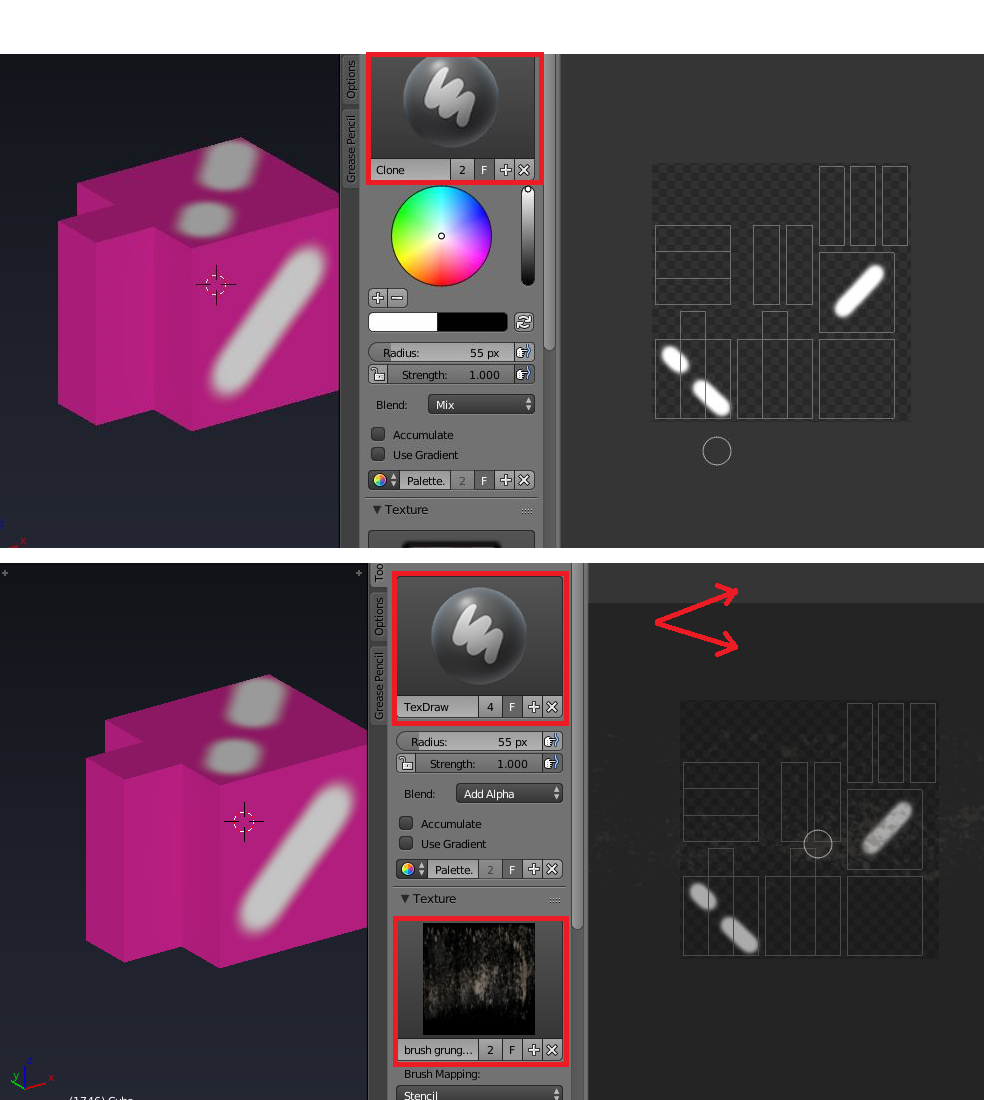 As visible on the picture, there is some kind of a black shadow over the stencil (a dark wall grunge) which prevents me from painting... If I use a normal brush (top of the image), there is no issue. May I add that taking those very same objects, unwrapping, brushes and texture on this object in another file creates no problem. So maybe it is a special issue, I found no thread about this shadow over the stencil.

Thanks for any help you can give me! By the way I'm using version 2.76

Soften is not a drawing tool, but a tool to 'soften' the range of pixels under the brush like a blur tool. When you paint with it in the 2d editor, you are actually blurring the pixels there in the alpha and causing an error where they then appear black - but that is not a paint effect, but an error. TexDraw is the basis tool for painting when putting down color, and set it to 'mix' to put paint into a zero transparency image. By painting with that and using the image as a stencil, you will get the image into the 3d view as paint - but you really might consider instead using it as a stencil in the Texture Mask and using the alt-rmb combinations to move it around scale it and rotate it. Once you have all your pixels painted in, then you can use a Soften over any harsh edges, or push them around with the Smear to push them around to get variation... here is a screenshot of me painting with TexDraw using your texture as a mask brush set to Stencil 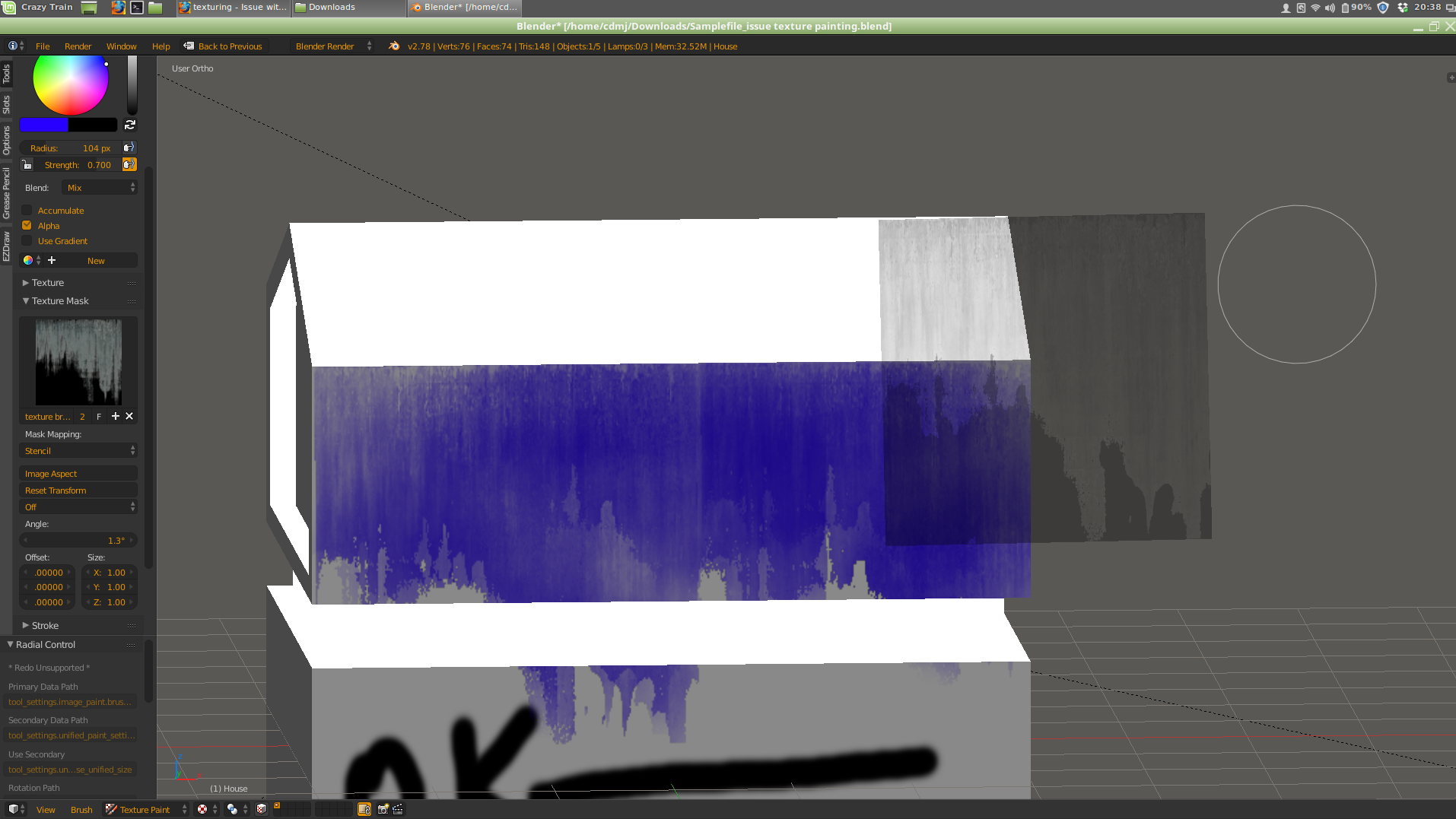 edit: Load up TexDraw and set it to use 'Mix' as mixing mode(default) and then delete the textures from both 'Texture' and 'texture Mask' in the brush tool bar (this doesn't remove them from blender, so you will be able to call them back up later in another brush). Select a color in your color mixer so that it will show up on the surface of your model, and paint across the surface to test - does it show up as a paint stroke? TexDraw used to be just the Texture brush, and Draw was the Brush.., but the original 'Brush' was eliminated and 'TexDraw' was kept. Soften. Smear, Clone all work only if you have pixels painted into the image already from TexDraw, and Fill also is a brush to drop color pixels into the image. Fill can be tricked into becoming an eraser, but that isn't needed here. If you can get paint into the image, then from there you can refine it - Only TexDraw would be my first option to use your image as a Brush or Brush Mask texture to paint in grunge. The Brush will paint in a Color version of the image where ever the white is, and not in the black. The Brush Mask will paint only where the white portion is, but also allow you to use another texture as Brush and create more complicated mask and brush combinations. Often times I use an image as Stencil for the Brush and a procedural like Clouds set to Tiled on Brush Mask so that the clouds chip away from the stencil organically.

2
Color not showing up and neither is the option