How to create little flanges on the bottom of the bottle

Can you please help me understand how to do it the right way? :) 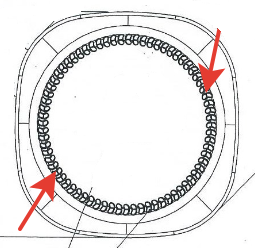 Trying to make glass can: 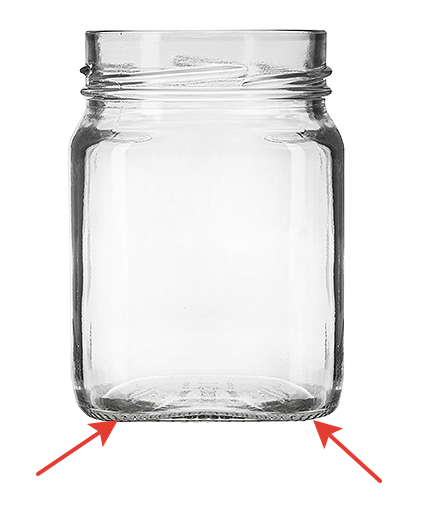 You may do it fast using the inset tool. 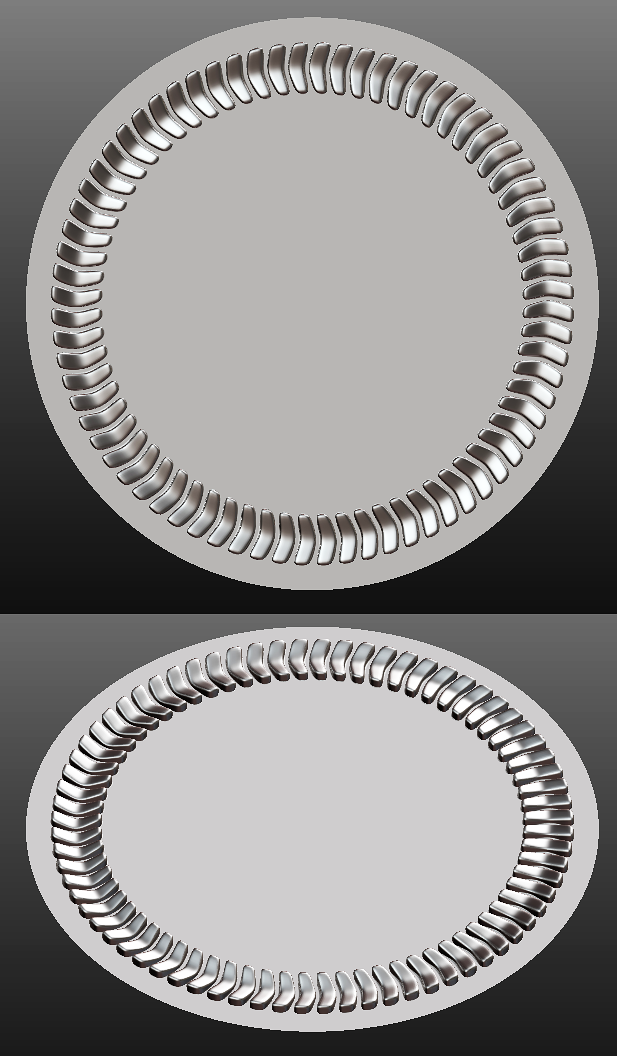 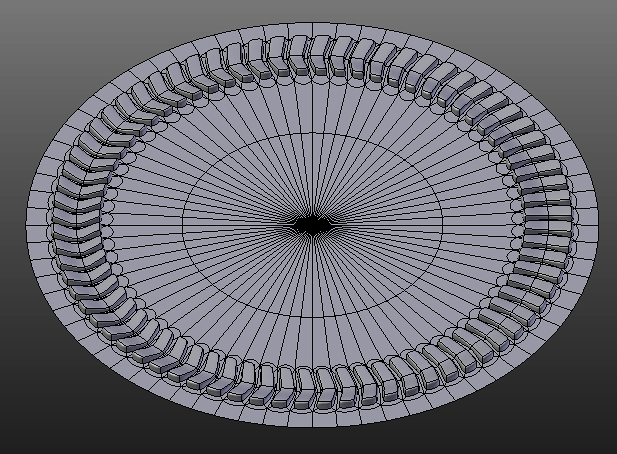 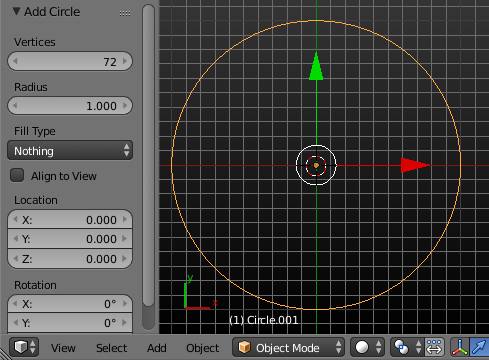 Extrude it inwards (E) and add two edge loops (Ctrl+R). Select the whole face loop with Alt+RMB, then press I twice and set the inset's scale. Finally extrude the inseted faces upwards, add addictional loopcut in the middle and rotate it a bit (R).

A possibility to do that is to start from the base shape, add an array modifier then a simple deform modifier to make a circle:

The base shape is not really readable on your schema but I try to make something close and to show the principle, in two steps:

Add a square with some modeling. Here I use I to inset, AltE to extrude individual faces, S to scale. All using "individual origins" as pivot point.

We use first an array modifier, set it around to 32 steps as this is often the setup for a circle. We adjust the offset so that the array is joint and check 'merge' to avoid doubled vertices between the duplicated parts.

Then add a "simple deform" modifier, set to "bend" with a base of 360° that we'll can adjust to close the circle.

The bottom of the bottle

Add a subdivision surface modifier to check the smooth aspect and if the look is the one you want.

Close the shape by removing the doubled vertices at the junction.

That could be close to want you want (?) but even if this example is less detailed than what you need, it already has many vertices:

To optimize it, we will merge three base parts and reduce the geometry around:

We now have a base of three shapes:

On each side, from the 4 border vertices, we make so that only two are on the border:

Now, do the same as for the first model: apply the modifiers, remove doubles:

We have "tris" here. We'll remove it by selecting one edge, the all the others by similarity (ShiftG) then dissolve X them:

So that, we have a base bottle with the same level of detail for the flanges but lower for the bottle itself: 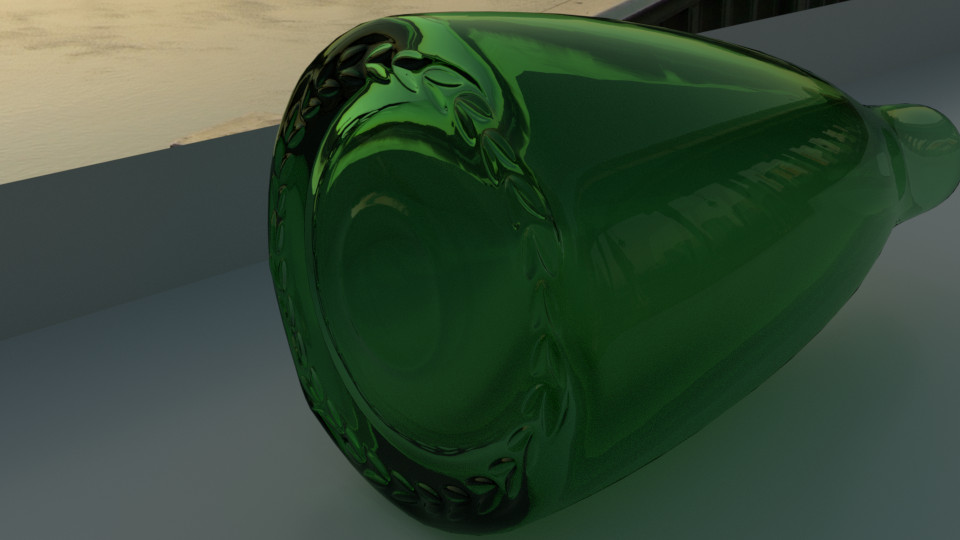 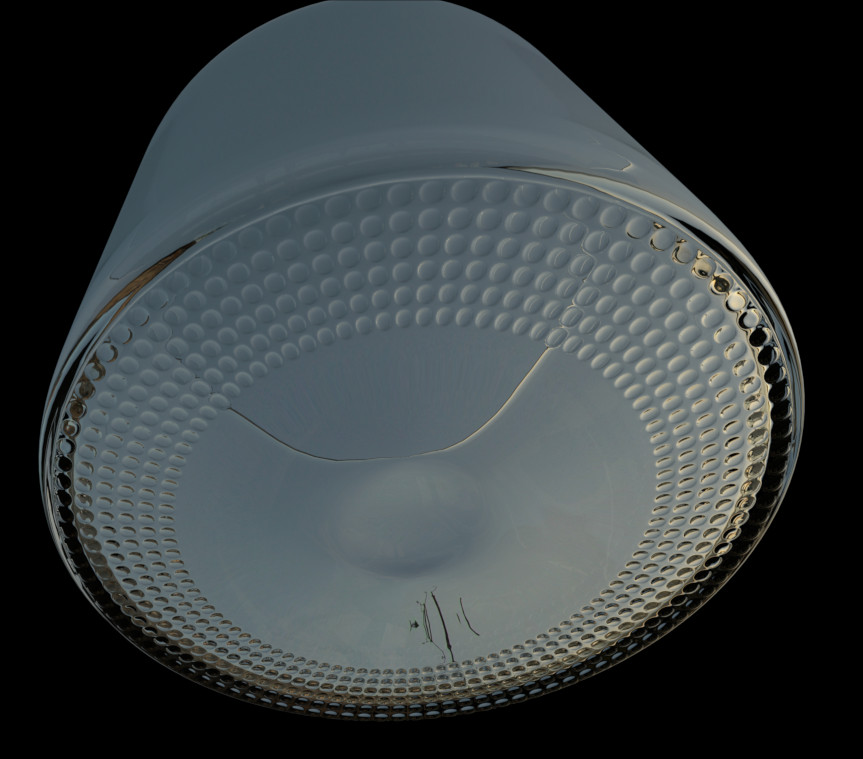 1
how to move some vertices of the same object to a desired x,y,z location?
0
Why are this characther's hands not mirrored while I model it?
0
Right Click and Hit the Tab Button
0
How to create loop cut through an object?
0
how can i calculate mass of broken glass
0
How create car emblem from STL file?
1
How to select only the inner face of a mesh object?