I'm trying to animate an object across a bezier curve using path constraint but, even though the orientation of the object changes correctly, its shape doesn't change. I'd like it to "deform" according to the path... Does anyone know how can I accomplish this? I'm using a cylinder but I wanna be able to use any object with any shape.

Here's the effect I want to create:

As stated in the Blender reference manual about the modifier:

The Curve Modifier provides a simple but efficient method of deforming a mesh along a curve object.

If you are working with a single object, make sure to fill the Deformation Axis field of the modifier with the correct value (X in my case, the object has no trasfomation) and to give your deformed object and path enough subdivions: 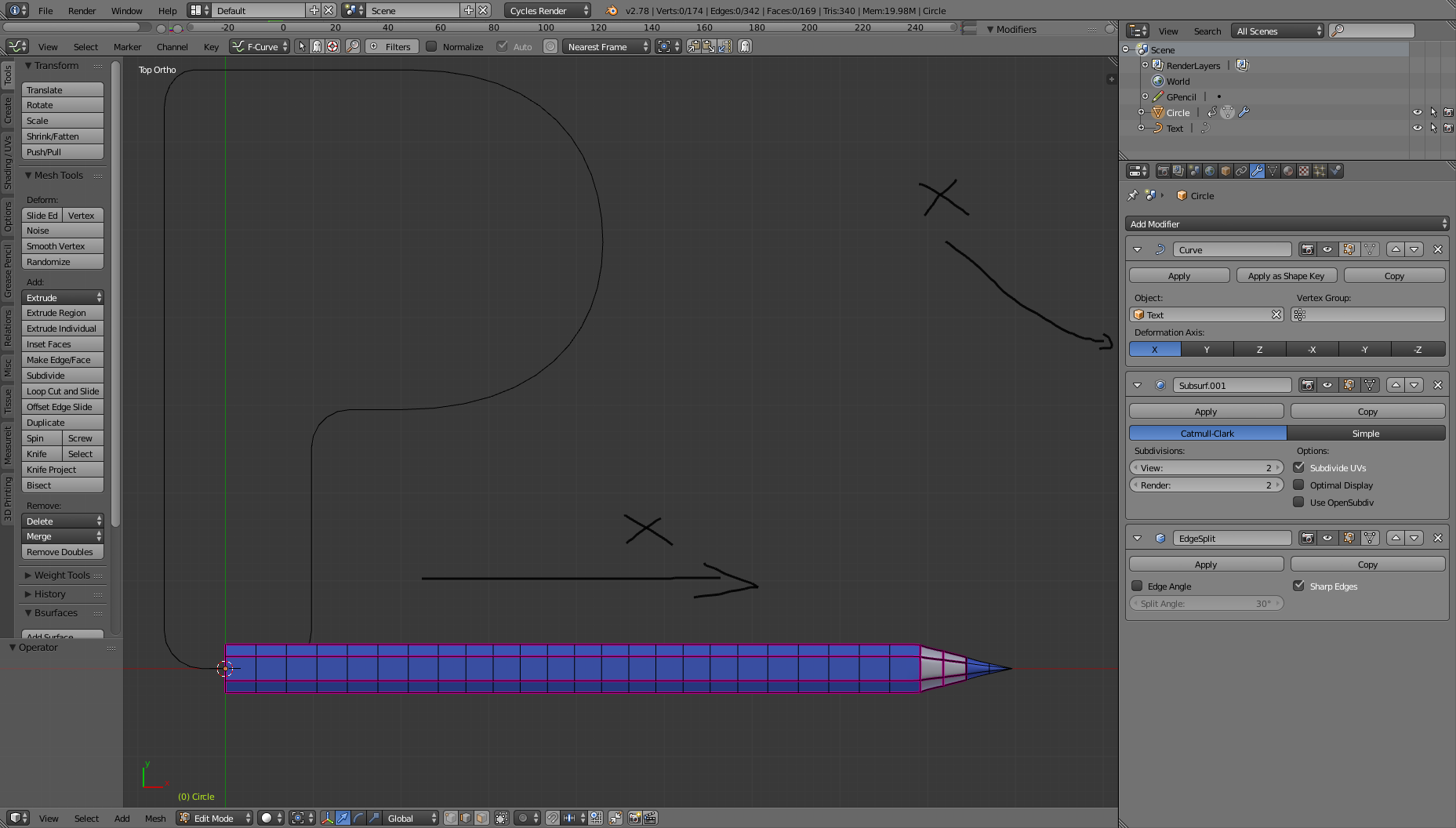 Then, you just have to animate the position of your object along the picked axis (X in this case) and optionally the rotation along the same axis to match the motion of the pencil shown in your example.

In my test file a took advantage of the keyframe modifier called Generator to set up a linear function for both:

Not the answer you're looking for? Browse other questions tagged animation bezier-curves bezier or ask your own question.

8
Problems extruding a circle along circular path
2
Bezier Curve: Bevel Object is creating a flat surface
3
How to make a generated texture follow a Bezier curve?
3
Shaping Bezier objects and applying Physics collisions?
0
How do I animate the shrink/fatten value on a beveled curve?
0
Rotating a bezier path
0
Curve deform - Follow along a path
2
Bezier curve taper on independent axes?