I made half of this NES cartridge shell and as you can see from the screenshot it has created all kinds of odd shapes that do not reflect my mesh. I tried remove doubles, triangulate, and flip normals but nothing seems to work. How can I fix it to look like the mesh?

Here's the look in object mode: 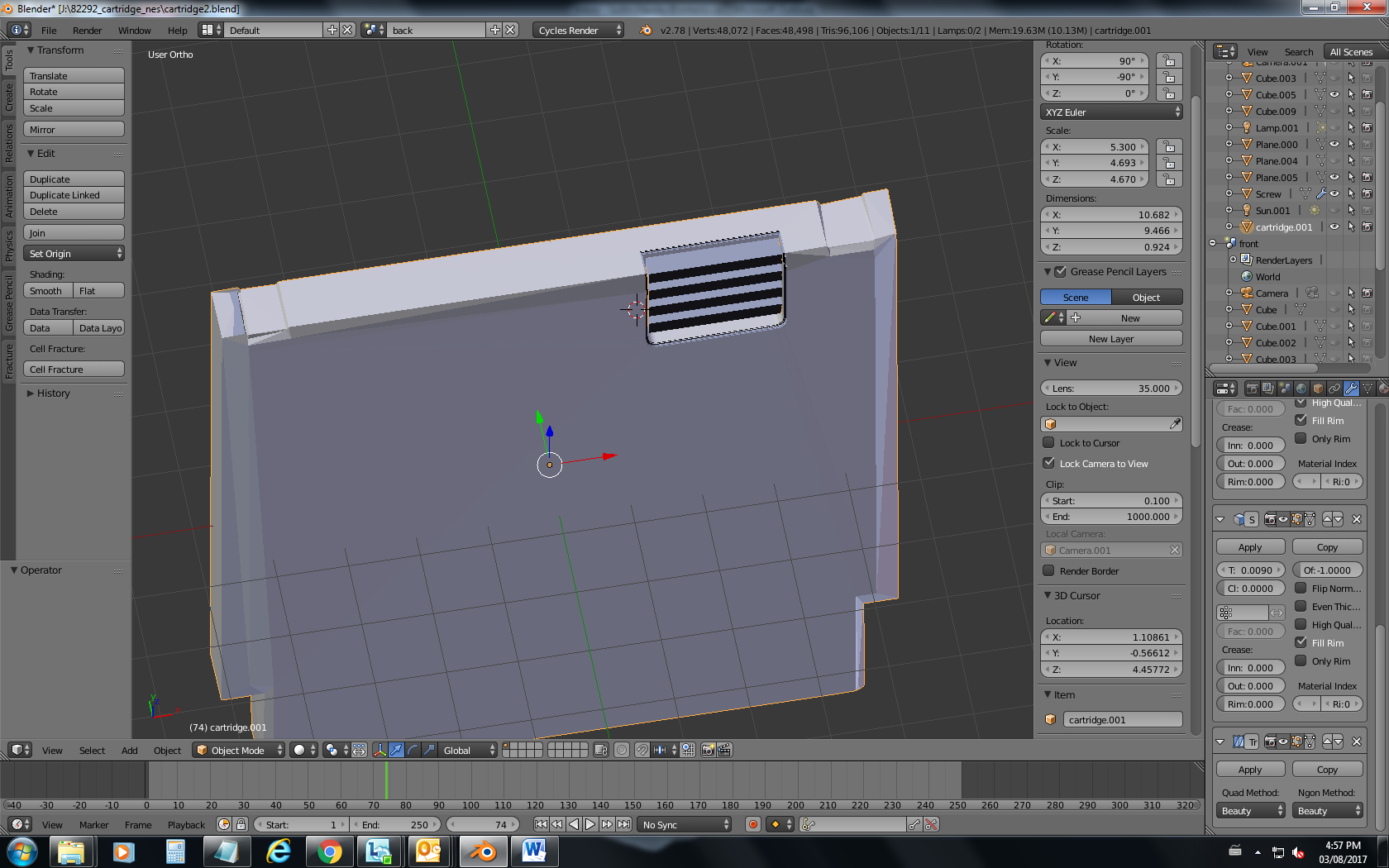 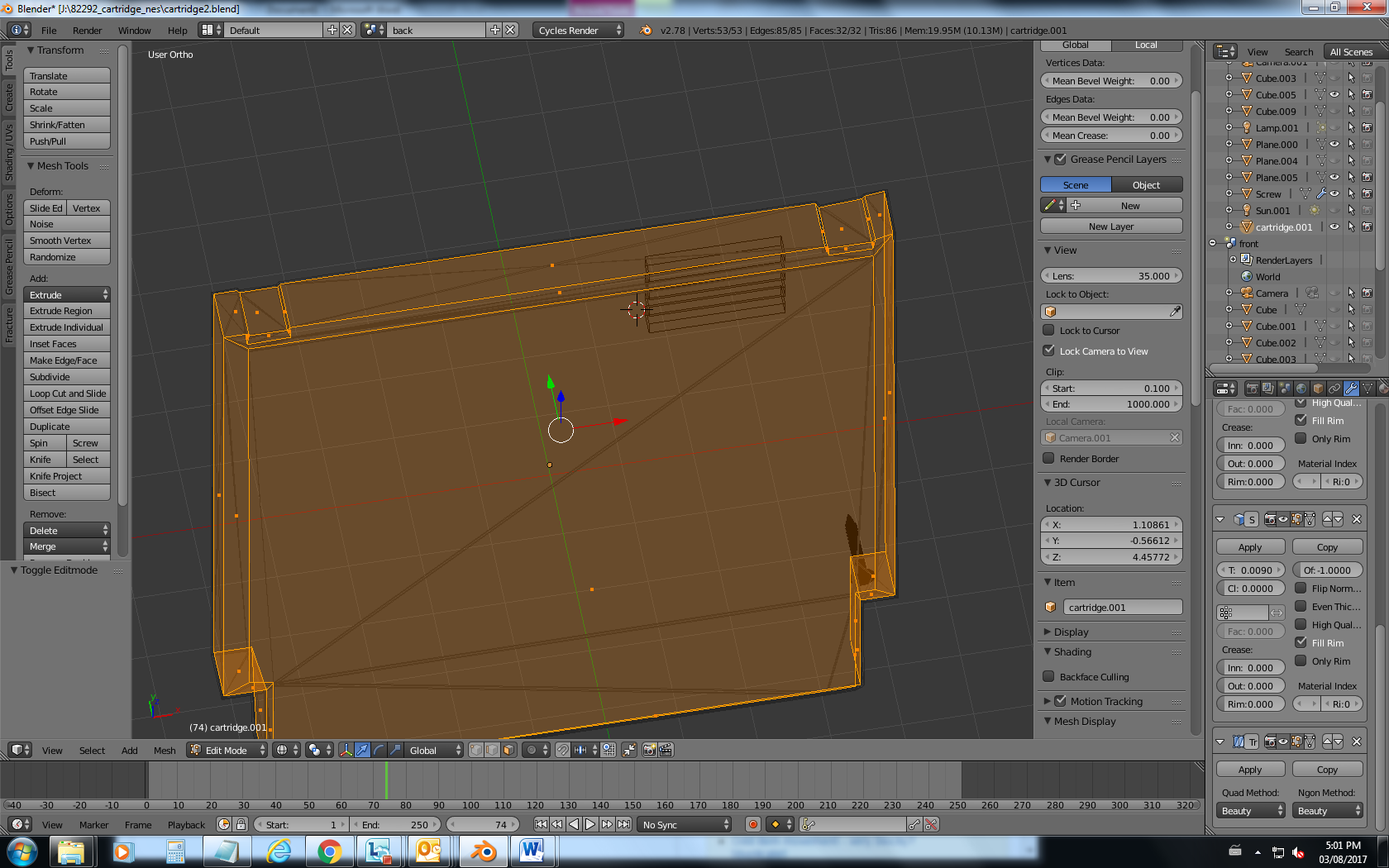 I have attached the .blend

Ok, so I looked at your model and everything seems to be plain wrong: 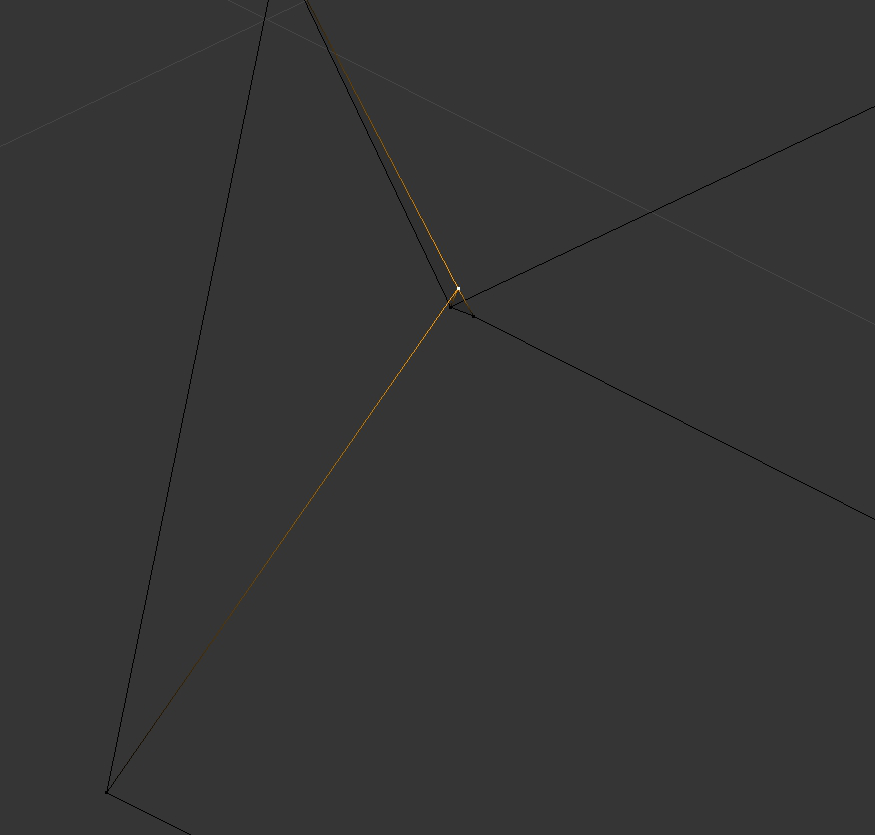 This is how your topoly looks like with your modifier stack: 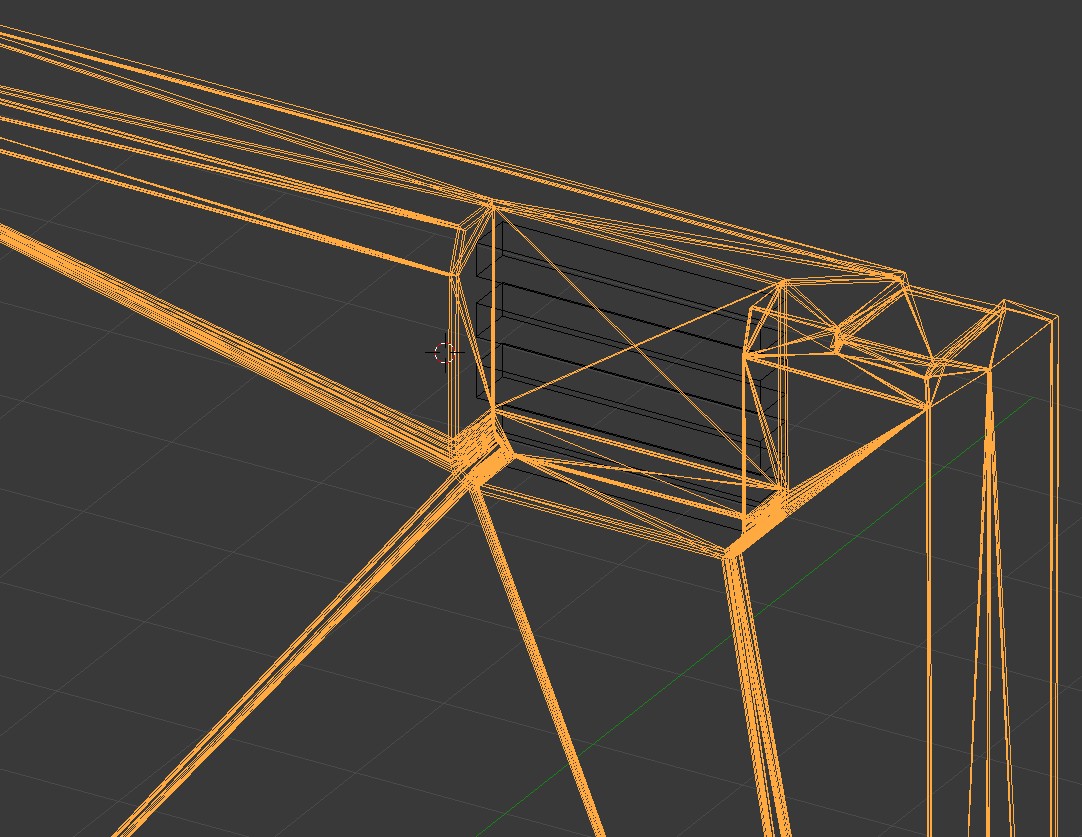 One important note: solidify modifier after boolean is very likely to give you weird results.

You need to learn how to model simple shapes like this without booleans, I'm guessing it would take you less time than you spent trying to fix this solidify result.

You generally took the right path: simple shapes, then add (but not apply!) modifiers (like solidify, bevel, subsurface etc.) is a good way to model things like that - it really helps with quick modeling and further editing. But you must start off with clean topology.

Thanks everyone and thanks @kilbee for the detailed breakdown...I spent several hours cleaning everything up. All modifiers off, tried to make everything in triangles and rectangles, and most importantly used ortho front/back/side/bottom/top/left/right to make sure everything aligned perfectly. It's amazing how many vertices can look fine in one perspective but totally off in another. Also, as @kilbee pointed out overlapping vertices and faces were a huge issue.

I'm still pretty new to proper topology, but I still managed to get it almost perfectly with the boolean and solidify modifier, with some careful tweaking.

One thing I found that helped to keep all the angles and faces looking right with solidify was to use very low thickness and no offset. You can scale it for further thickness later. All that matters if you now have a solid object. 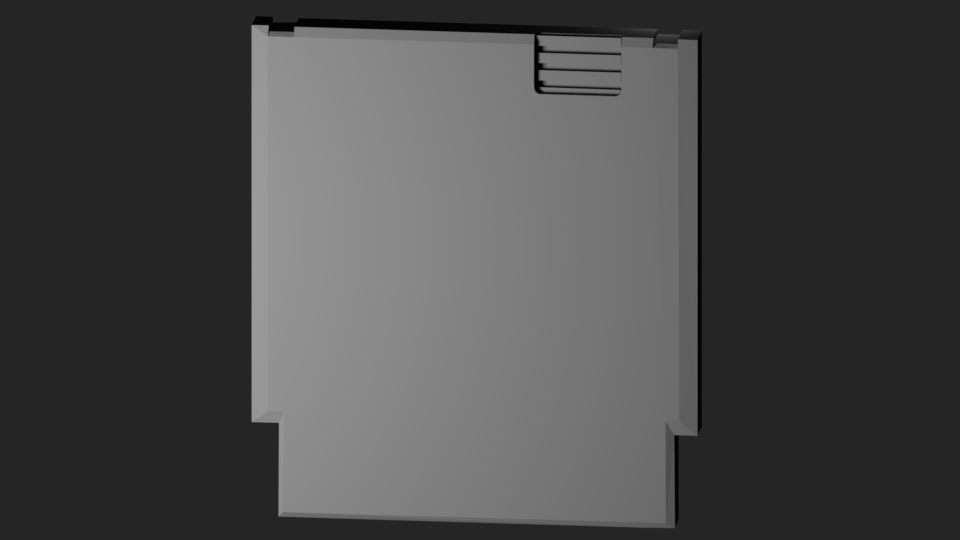