How to make the camera move with the object while animating

I recently made a drone in blender and i want to make an animation while it flies. There i have a problem because the camera stays in one place and i want it to move with the drone so can anyone help me out.

A camera in the real world rarely tracks directly onto the subject - it will typically lag behind the motion of the subject so that the faster the subject moves, the further the camera will become out of position before it can catch up and the nearer to the edge of the frame it will be. We can emulate this effect by tracking the camera to Empties that follow behind the object rather than to the object itself. 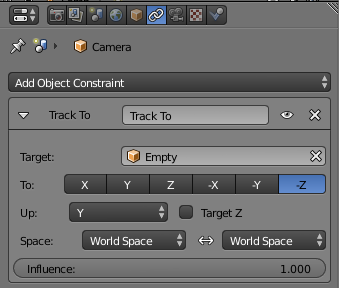 Drivers will be used to re-position the camera and the 'target' on each frame.

To achieve this, select the 'target' Empty, right-click one of the Location fields in the properties panel (N) and select 'Add Drivers'. Open a Graph Editor window and change the mode to 'Drivers' - you should see the three drivers for the X, Y, Z location. For the X Location, the default 'var' variable should already default and set to Transform Channel for X Location - set the 'Object' to the object being tracked. Create a second variable named 'self' and similarly set to Transform Channel and X Location - set its 'Object' to the 'target' Empty. Set the driver expression to '(var + self * 4)/5.

NOTE : To enable driver expressions you may need to go into File/User Preferences/File and enable Auto Run Python Scripts. 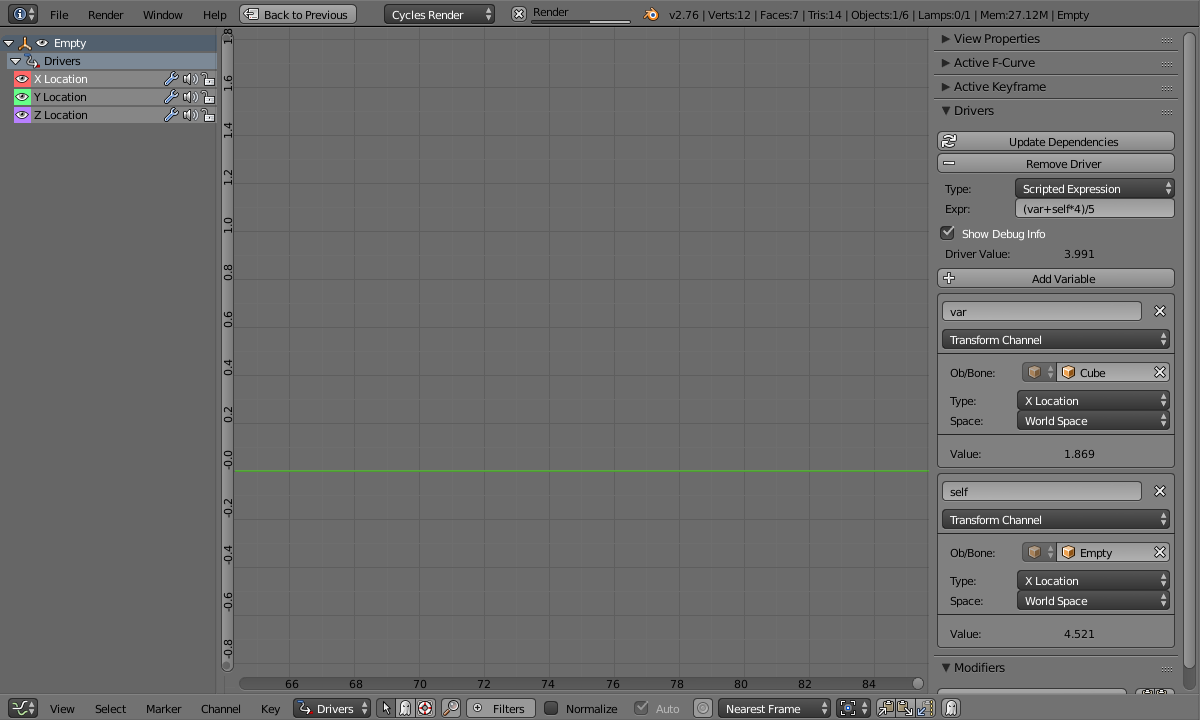 Repeat for each of the Y and Z locations, changing the Transform Channel to the relevant channel in each case (ie, Y Location for 'Y' and Z Location for 'Z').

Moving the object using keyframes should now result in the camera tracking to the object with a slight lag when you run the animation. The lag will be greater the faster the object is moving.

Set up similar drivers for the Camera (ie, select Camera, right-click a Location property, Add Drivers, go into the Graph editor and set up the drivers with Object set to the 'goal' empty (var) and the Camera (self)).

If you now run the animation you should find that the camera attempts to move with the tracked object and attempts to keep it in the centre of the shot.

NOTE : As the object positions are calculated 'on-the-fly' you can get unexpected results if the frame number jumps forward/backward or blender calculates sub-frames (as the calculated positions will still move as if a single frame has advanced). Therefore, it's a good idea to Bake the animation prior to rendering by selecting each of the 'dynamic' objects in turn (ie, the 'target' Empty and the Camera) and go to Object/Animation/Bake Action in the 3d-view menu. Once baked to keyframes you should disable the drivers by clicking the image of a speaker in the Drivers view. 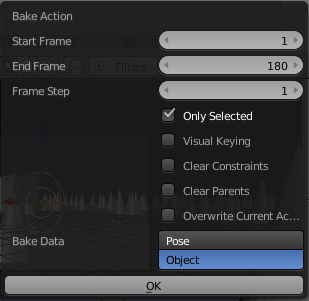 1
How Can I make the Camera follow an object but with a delay?

6
How to change the camera used for render?
4
Camera flips 180 degrees following the path
1
Make camera to move with animated object by makewalk
1
How to make a camera rotate on the spot?
0
How can i stick my camera to a curve after a certain frames?
2
How to move the camera diagnoally far away?