How can I specify the file type and color depth when generating and packing an image with Python?

I'm trying to generate an image with full 32-bit float color depth and pack it into my blend file but I keep getting it revert back to 8-bits per channel.

This successfully creates the image and dragging the mouse across it in the UV/Image Editor shows that the pixels are correctly stored as floats (with the Blue channel ranging way beyond the usual 0.0, 1.0 limits and green and red not being rounded to 1/256ths). 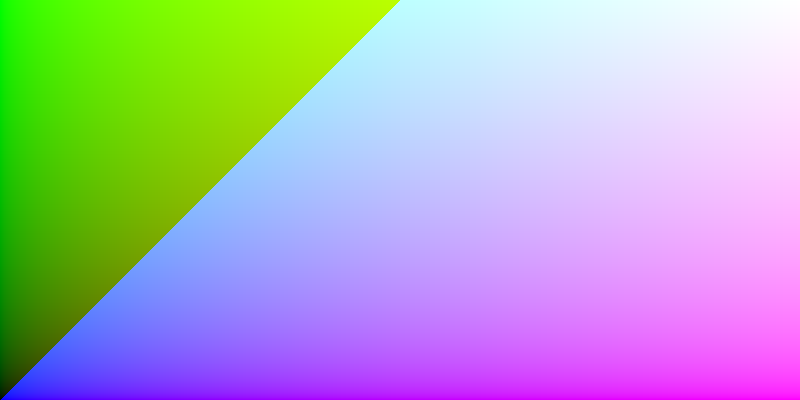 If I manually select Image/Save As Image and specify the format as OpenEXR, RGBA, Float(full) to save if as a file and then select Image/Pack then the image is packed into the blend file retaining its full 32-bit precision.

This shows that it's possible to pack the image in 32-bit precision.

I have tried to replicate these actions in Python but am unable to save the image as 32-bit float - I can't figure out how to specify the image file format.

The nearest I've got is to save the image as OpenEXR but, apparently, not in 32-bit float for the image loses its precision when it's packed using this :

How can I specify the Image Format Settings when saving the image from Python? Even better would be to be able to directly pack the image (as 32-bit float) without having to save it to disk at all, but I don't think this is possible.

It would seem that to control the image format that gets packed into a blend file, you will need to save the image to disk and then re-open it.

But this still leaves you with an edited image that doesn't respond to pack(). To get around this, remove the image block and open it from the file.

Not the answer you're looking for? Browse other questions tagged python image packed-data or ask your own question.

3
Capture object properties to use in a Cycles material
5
How to convert image pixel values from 8bit to 32bit properly?
1
Height map tiling: what is it due to?
0
Decimal places in RGBA values of Python-generated image?
1
Adding Image Texture Shader Node to a certain material? Blender2.8+

4
Python Save MultiLayer EXR BUG?
3
OpenEXR making sense of RGB float values
4
convert OpenEXR float to color value
1
How to get the truly width and height of frame when rendering? (It would be good if I can render without saving images)
2
Why depth map renderings stored in 16-bit PNG turn out to be 8-bit?
4
Z buffer read from exr file is all ones
10
'Ctrl+S' doesn't save modified textures ==> lost hours of work