Array modifier with object offset, rotate and scale at the same time

I'm trying to use an array modifier on an object such that each copy is rotated 2° about the z-axis from the previous one, and then translated along the x and the z axis.

This is what I started with (the Empty at the origin is used to rotate and translate the object): 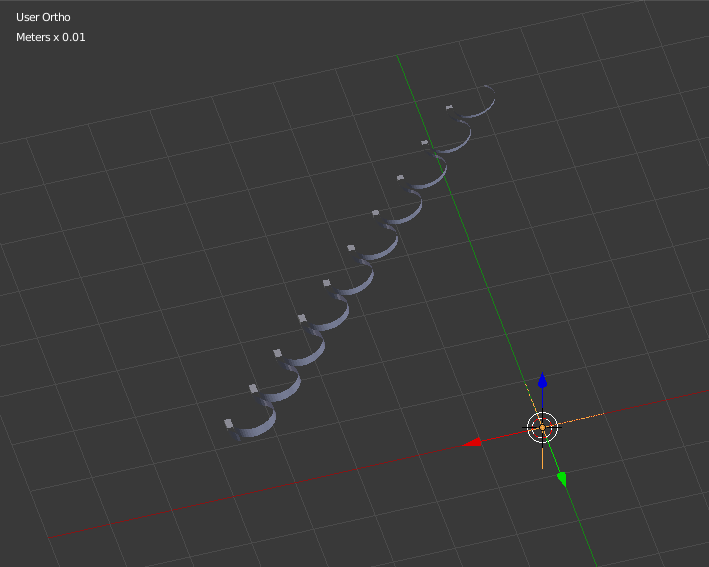 This is what happens after I rotate and translate the Empty (pivot point is set to median point) (doesn't matter whether I translate or rotate first, It still turns out like that): 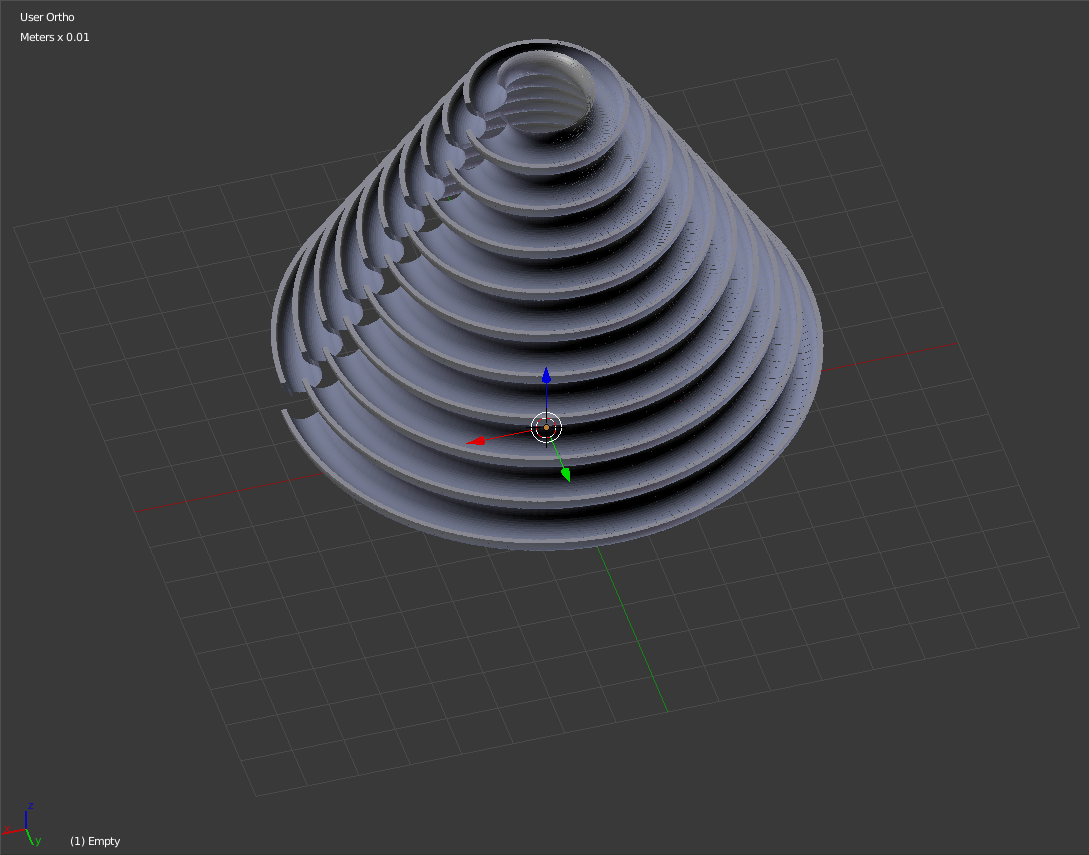 This is the effect I want to achieve: 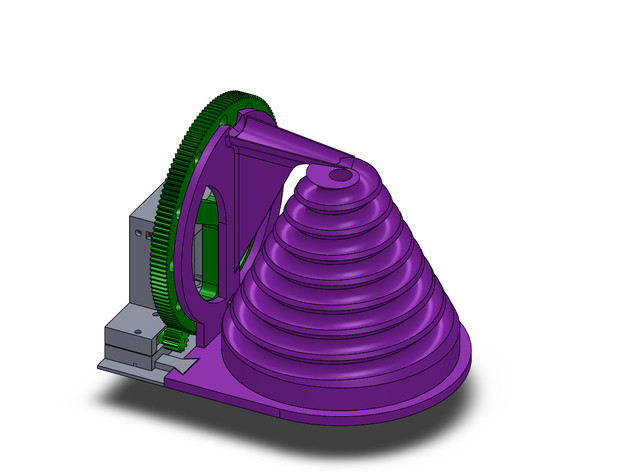 Here is my Blender file, if it helps.

A way to do it is to use a spiral using add curve extra object standard addon. 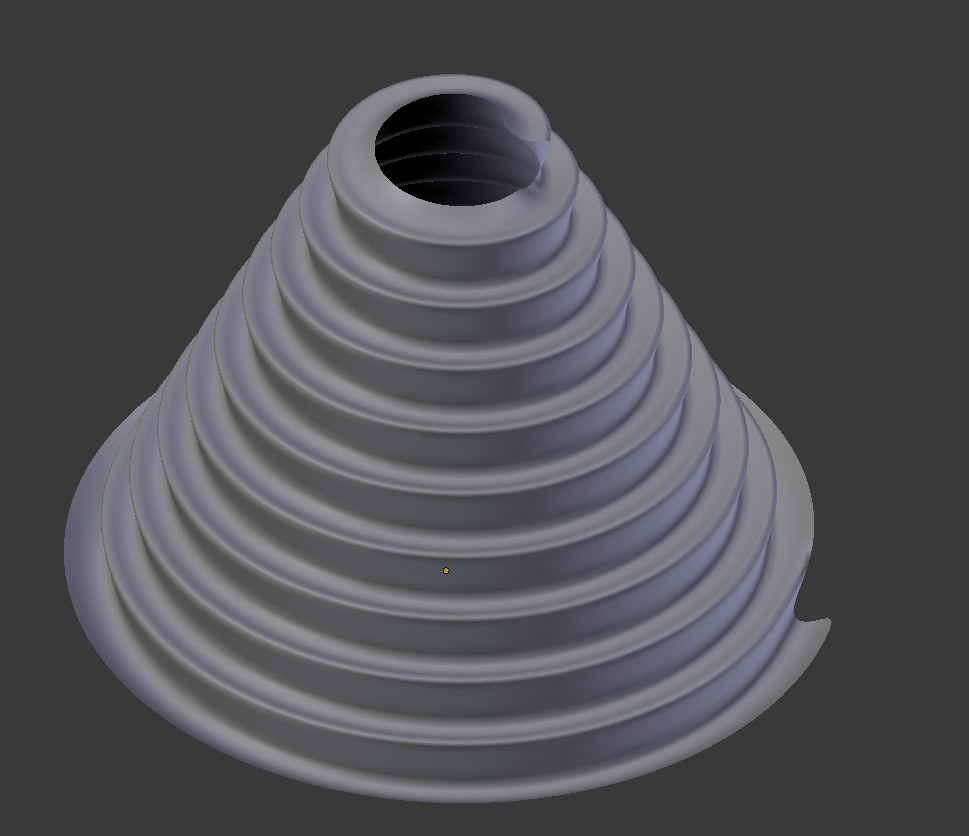 To add a first curve, simply add an archimedian spiral curve and tune the parameters on the operator panel on the left:

Now add a second curve, identical except for its radius:

Convert them both to a mesh, using AltC, then join them CtrlJ:

Curve the floor of the ramp, adding a loop cut CtrlR (or 2...) and grab the cut a bit down:

Connect the edge (use the F2 addon to do it fast):

Shade smooth, add a subdivision surface modifier, and here you are.

In complement, here a script that uses the spiral operator. What it does is generating spiral from two parts (bottom and top parts) of your initial ramp.

The bottom part is an object named 'from' and the top part is named 'to'.

The script goes along the vertices of 'from' and 'to' and generates the spirals between them.

To be done manually... about 42 'bridge edge loop' after all this is converted to mesh and joint. But this way, you have the exact same shape as in your original file.

If it fits your needs, an easier way to achieve that shape is probably using the screw modifier.

You would use a single 2 dimensional "U" shape, and use the screw modifier to basically "rotate" the object around the origin. You adjust the screw amount to make it also move up on the Z (or other chosen) axis.

1
How to achieve discontinuous displacement or height map?

2
Multiple array modifiers and object offset rotation
3
Rotate the result of a mirror modifier
0
How do I re-enforce the edge-split modifier on a linked proxy object
1
Rotating Array Modifier applied to a rotated object issue
3
Why is the array modifier scaling my object?
0
Issue with creating an Object Array
2
Array object in straight line but rotate object on z axis
3
Blender array modifier wont rotate around empty object