The youtuber Noisey Images does this really cool effect where tiles that slightly distort still images as they and the camera moves through space.

This is a still of the effect 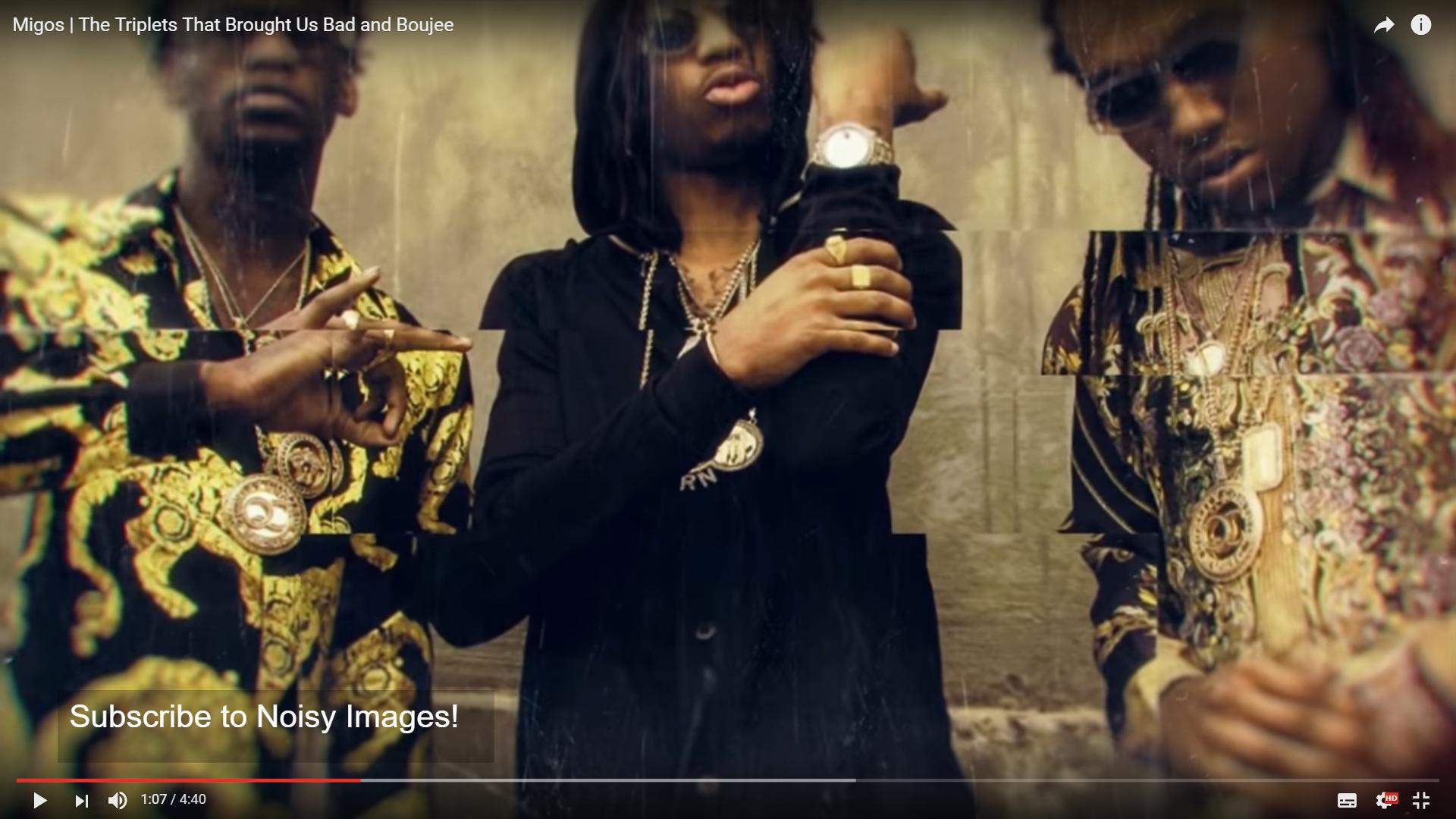 Now i've got a couple of ideas of how to do the effect but not sure how to go about doing them:

One being applying a texture that produce large squares and apply it to the image. Then using a displace node to shift the large squares (multiple stacked planes) around. This is going off a tutorial I followed by PartnersInCrime youtuber: https://www.youtube.com/watch?v=F7rHopldBPI

However this was done in Cycles and since I'm more comfortable with the Blender Render layout i'd preferably want to do it in that.

Again, I don't if any of this is at all possible as i'm still pretty new to everything blender but I'm sure that with the help of you guys and gals out there i'll make something half decent!

Cheers for any help.

So far I've tried UV mapping the desired part of the image using a plane but it just highlights the whole of the image in the UV/Image editor: 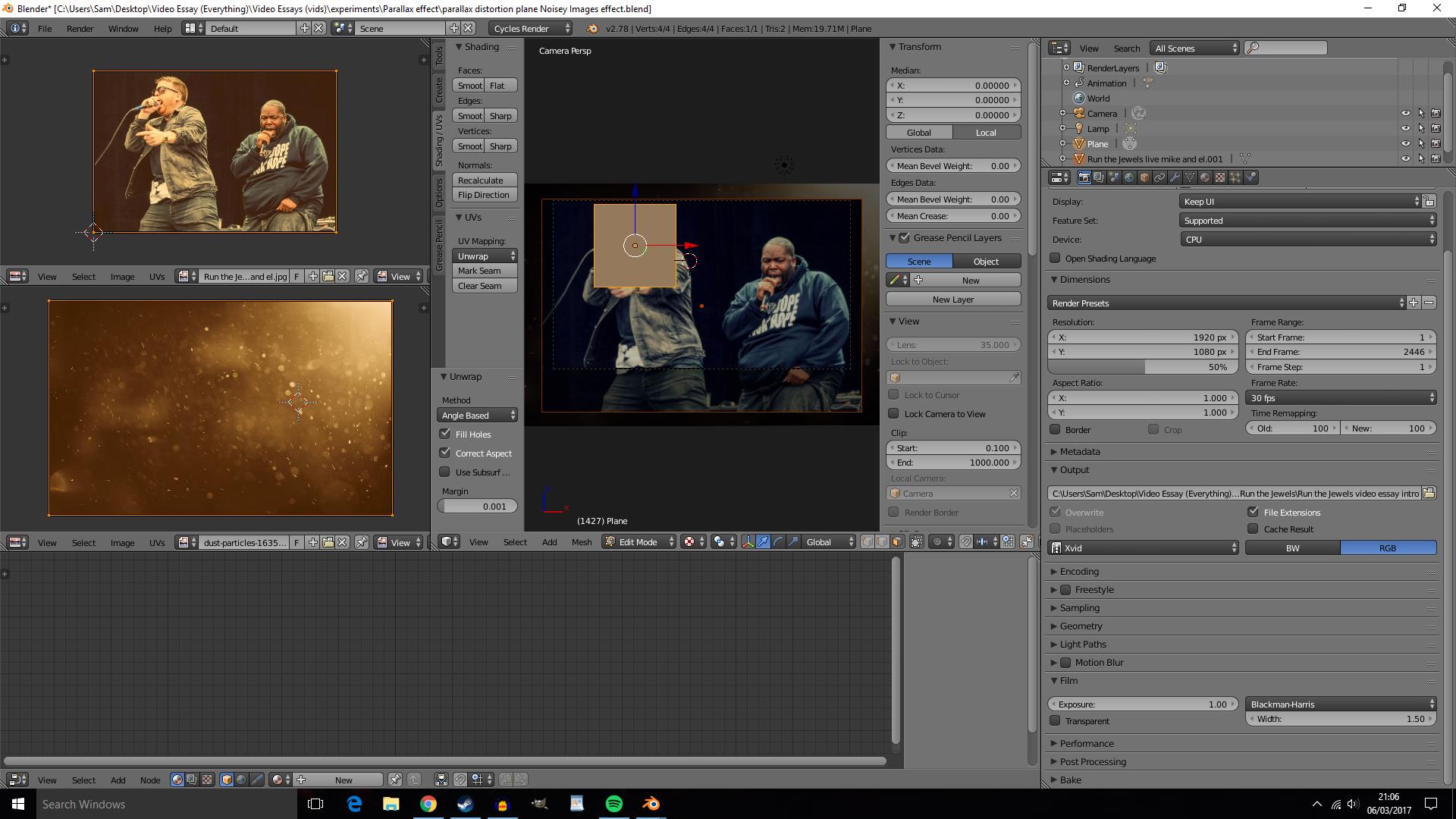 I've yet to try the UV project modifier to see if it works but i'll append images if that doesn't work as well.

A way to achieve a similar effect is the following:

The animation is the following. Planes are simply moving and/or scaling in face of the camera.

The plane UV are adapted to cut parts of the images where needed (you can adapt depending on what you want):

Using the compositor you can use a transform node to move the image and combine part of it over the original image, a mask can be used to define the part of the altered image that is visible.

If you animate the transform node values you can make the distorted section move, while animating the mask location allows you to move the position it is visible. 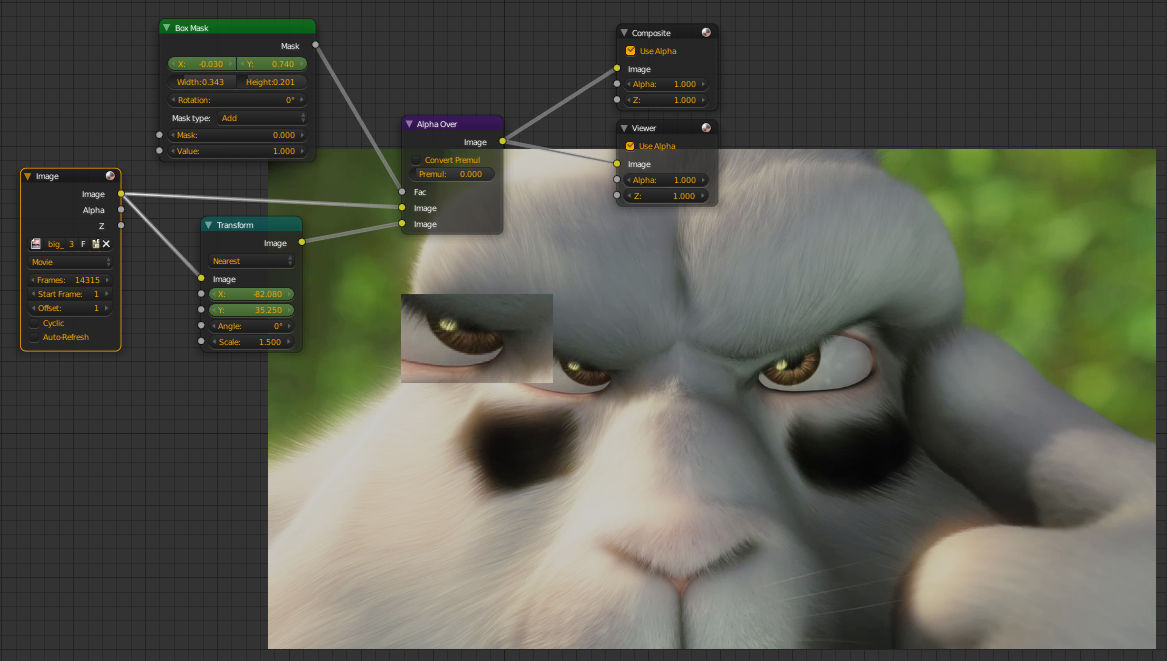 You can also use multiple input nodes, with a different offset for each so you see the same video just that sections are offset in time. 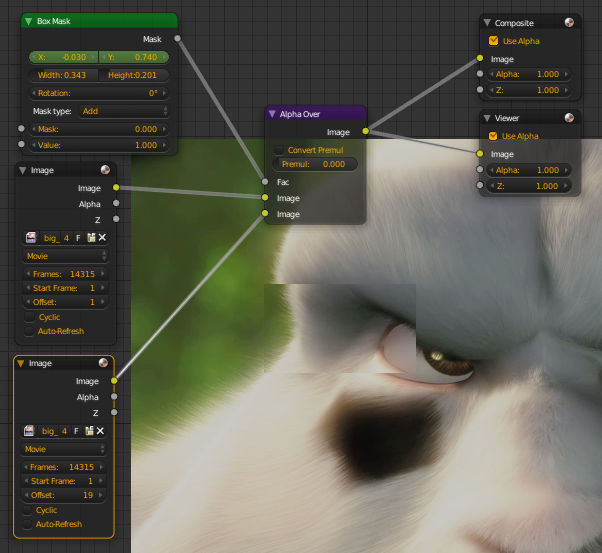 Not the answer you're looking for? Browse other questions tagged texturing blender-internal-render-engine 3d-view compositing-nodes displacement or ask your own question.

8
confused about "unwrap" vs "modifier unwrap"

2
Image plane is blocking the one behind it despite transparency
3
Compositing fog destroys PNG alpha in Images as Planes when using Cycles
1
Blocky Textures around object, Blender render artifacts, possible causes?
3
Rendered image has white "tiles"
8
How can I blend a moon/planet (textured sphere) into the background (procedural sky texture)?
1
transparent overlay over image
2
How to create a seamless low poly terrain with displace and multiple planes?
2
How to make a scattered dirt effect with an image texture?