What I want to do is, instead of using water with water simulation, I want to make lots of cubes flow like water (like the water simulation does with the mesh). Remesh won't work, because I want to be able to edit the cubes afterwards to make some of them different.

If i understood your question correctly, you can use the particles engine with dupli-object to simulate a flow of cubes.

Fluid Particles are explained in the Blender manual here. 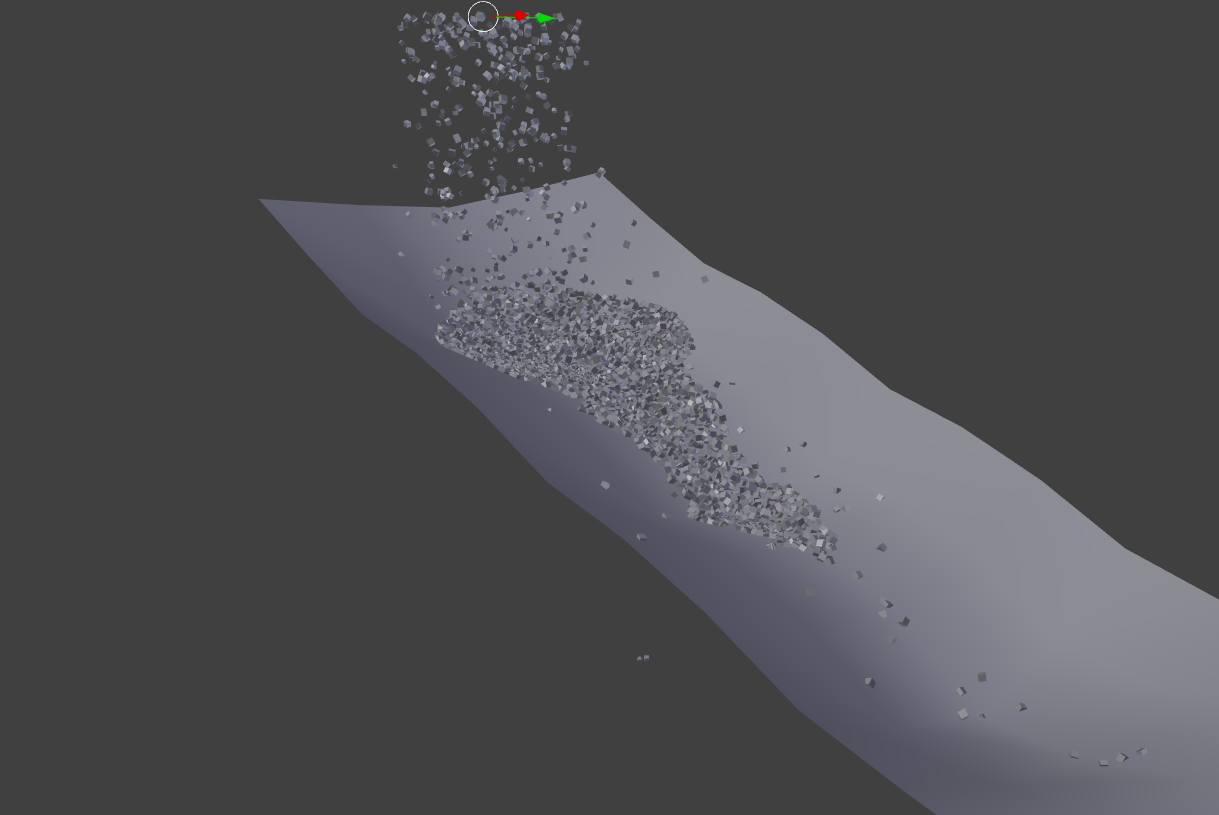 Check out the sample file I put together.

Finally a solution to this has been found. Mike Pan's solution was great, but another method is here. I found this on Blender Nation:

The process is to do a standard fluid sim, add a remesh modifier set to 'blocks' and then turn on dupliverts for the fluid object (and parenting a 'brick' object to the fluid). That's basically it! Dupliverts gives great performance and remesh allows lower or higher resolution fluid depending on it's resolution. The material is just a gradient mapped on the 'brick' which changes colour depending on height.

The actual building effect at the beginning is a particle system and an 'Explode' modifier on a different object. An animated object defines the 'time' of when particles emit and the explode modifier makes sure the particles are invisible until emission (by unchecking 'Unborn' and checking 'Alive' and 'Dead' on the modifier). The reverse happens on the pile of bricks to the side so they disappear as the other ones appear.

If all that sounds confusing, a full tutorial will be up in a few weeks hopefully.

Not the answer you're looking for? Browse other questions tagged modeling fluid-simulation or ask your own question.

4
How to make water flow from the certain areas of an object?
4
Animating objects while simulating water
1
Animating a fluid water fountain
0
Copied and pasted a working fluid simulation objects and settings to another blender file but it does not work
7
How to make a water vortex