Why does origin point change its location after joining objects?

As you can see there are no hands in the 1st picture.
I created the hand separately from the body and then joined them with Ctrl+J.
After that the origin(I'm not sure it's called so but I mean a thing poited with arrow) changed it's position and I suppose it's the reason of the mirror modifier fail.
How to change coordinates of origin or to solve the problem if the origin is OK? 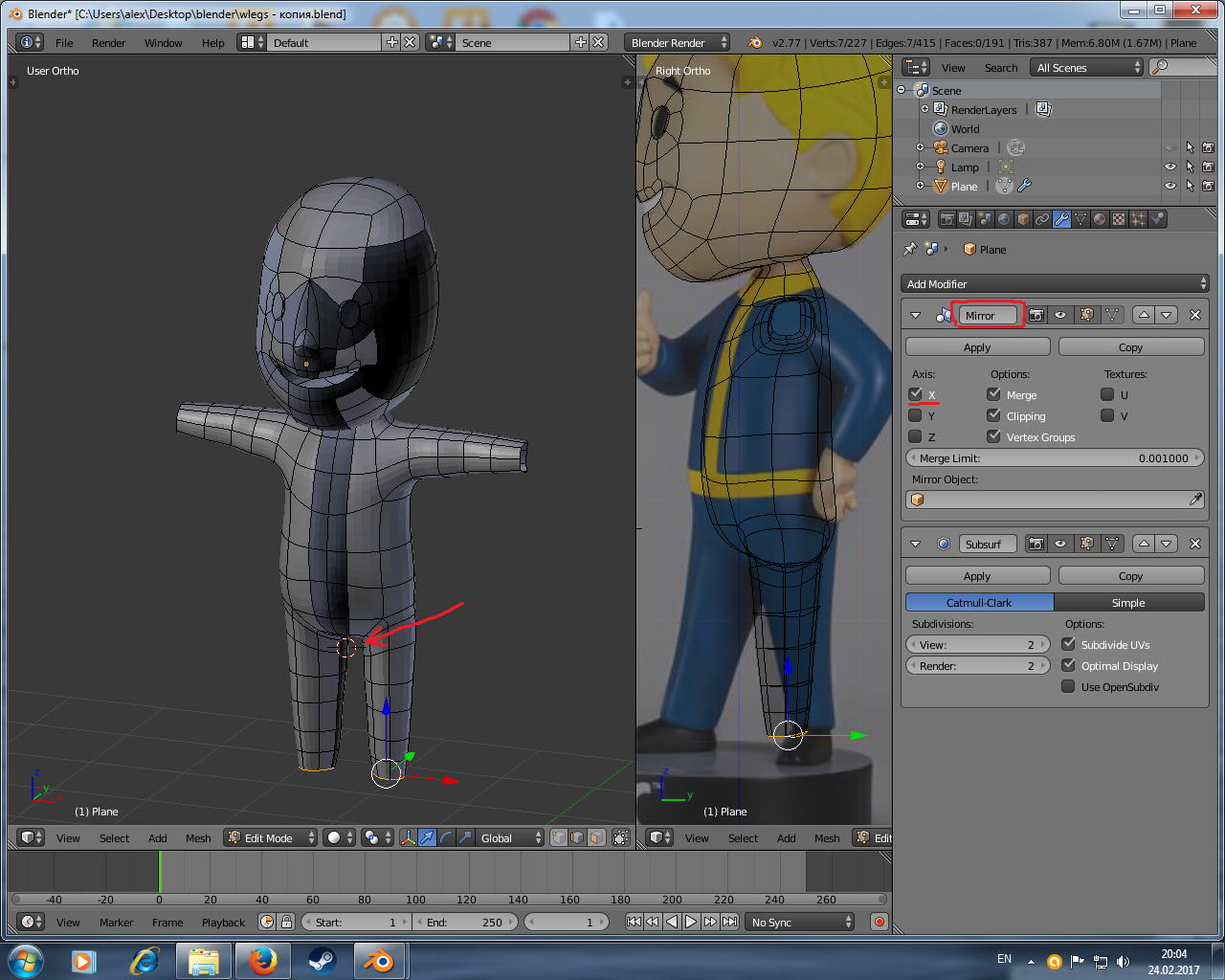 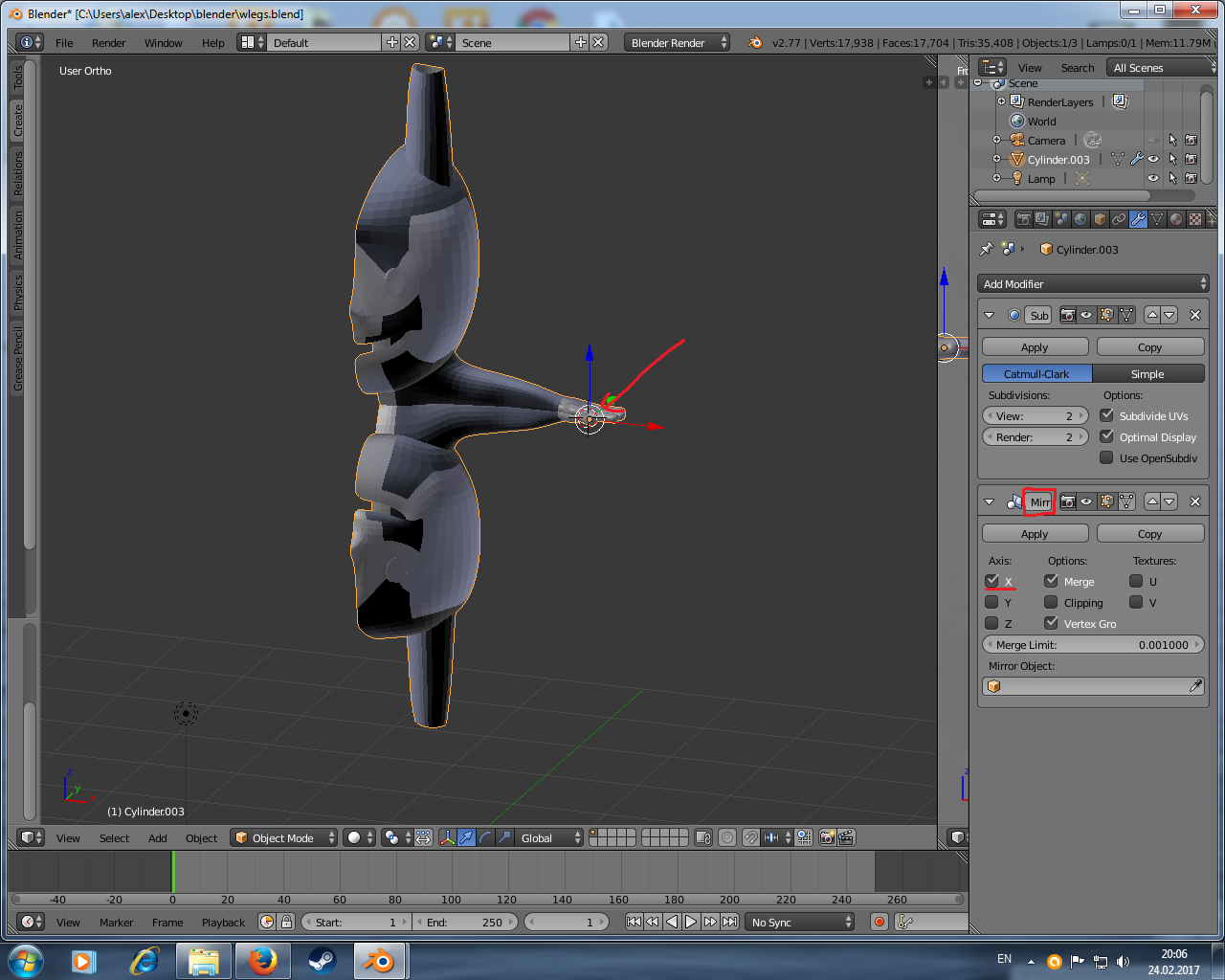 It's likely that you selected body object first and the hand - second, then joined them with Ctrl+J. This means that origin point of the joined object was where it was for the last selected (i.e. active) object prior to joining, and in your case that was the hand. Probably the latter had its origin point where it is for the resulting object on your screenshot.

It should be possible either to:

Also read How can I make the mirror modifier work right?

As a side note, correct the normals in your objects by Ctrl+N as this can give some unexpected results while modeling in particular. See Why are some faces in my mesh darker?

Not the answer you're looking for? Browse other questions tagged modeling modifiers objects mirror parent or ask your own question.

37
Why are some faces in my mesh darker?
38
How can I make the mirror modifier work right?

6
How to separate objects created using mirror modifier in Blender?
0
I tried to merge 2 vertices, but it keeps moving to the center
0
I'm not sure how to fix this scaling issue
0
Position an object's origin point to the face below (python)?
0
Mirrored object is misaligned when compared to its source object
3
Why does the object move when clearing its parent?