Can I save custom meshes to efficiently be used again and again?

I'm a novice using blender to plan a home renovation and I'm wondering if there's a way to create and save presets for the objects I'll be using frequently (eg. various timbers, plywood panels, miscellaneous building materials etc.)

I use array modifiers to quickly put in a lot of studs or joists but it would also be cool if I could make myself a selection of standard prefabbed timbers that I could quickly slap into the scene and scale down to length (instead of what I'm currently doing, which is modeling a new 2x4 whenever I need one or duplicating one that's already been scaled and/or rotated)

Any advice would be appreciated.

Yes! There are several ways to re-use assets.

One way is to use Linked Duplicates. To create a Linked Duplicate, just press AltD and you will get a new Object that uses the same Mesh data as the original it was duplicated from. With Linked Duplicates you can add a Modifier to one of the objects without it affecting the others. This may be the best-suited solution for your projects, based on what you described.

In the following screen shot we can see in the Mesh Context that the object selected is named "Icosphere.001". There is another object named "Icosphere" that this was created from as a Linked Duplicate. Both objects share the Mesh named "Icosphere", and this Mesh has two users, as is indicated by the "2" displayed to the right of it.

Linking from another .blend file 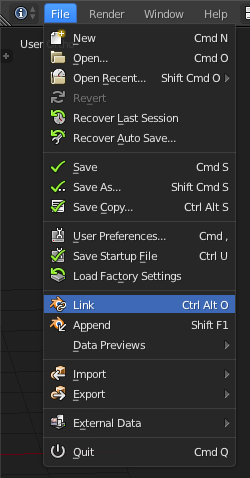 Yet another way, keeping everything within a single .blend, is to use Group Instances. To do this, simply Group the object(s) you wish to re-use (CtrlG), and you can then Add a Group Instance (ShiftA), which is a linked copy of the original object(s). Group Instances are not directly editable, but you can transform/scale/rotate them. To make changes to their meshes you would edit the original Grouped object(s). 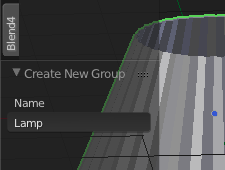 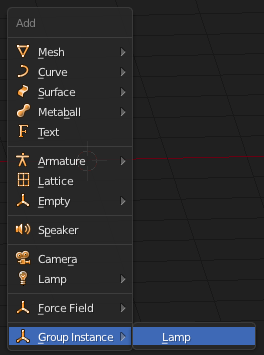 I'd like to give a shout-out to the archiviz tutorial DVD I originally learned this from. It used to be sold on the Blender Store, but it doesn't seem to be offered anymore and I can't remember the title. Anyway, it's a useful technique, so I pass it along to you.

Not the answer you're looking for? Browse other questions tagged modeling objects customization or ask your own question.

2
Are Groups or Sketchup-like components feasible in Blender?
0
Is there a library in Blender 2.76?