How to properly model the Volute on a Capital of an Ancient Greek Column?

I'm trying to figure out how to properly model the top part of the Ancient Greek Column. Can someone explain the easiest way to do so?

This is the base I did: 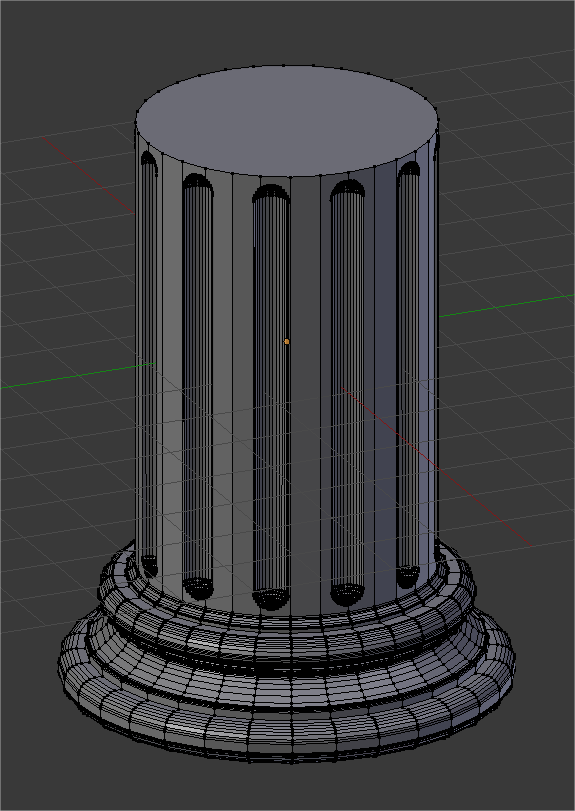 Concerning the main part to do it quickly...

The idea is to notice we have a kind of spiral which is more or less the equivalent of outer and inner circles.

We know too that a subsurface modifier can do a circle from square/straight lines.

That's what we use here :

Simply follow the reference image with the fewest vertices has possible.

To do that, preset a subsurface modifier in order to view step by step the rendered curve as you add vertices.

Here I have chosen to have 5 points for half of a circle with a subdivision surface set to two: 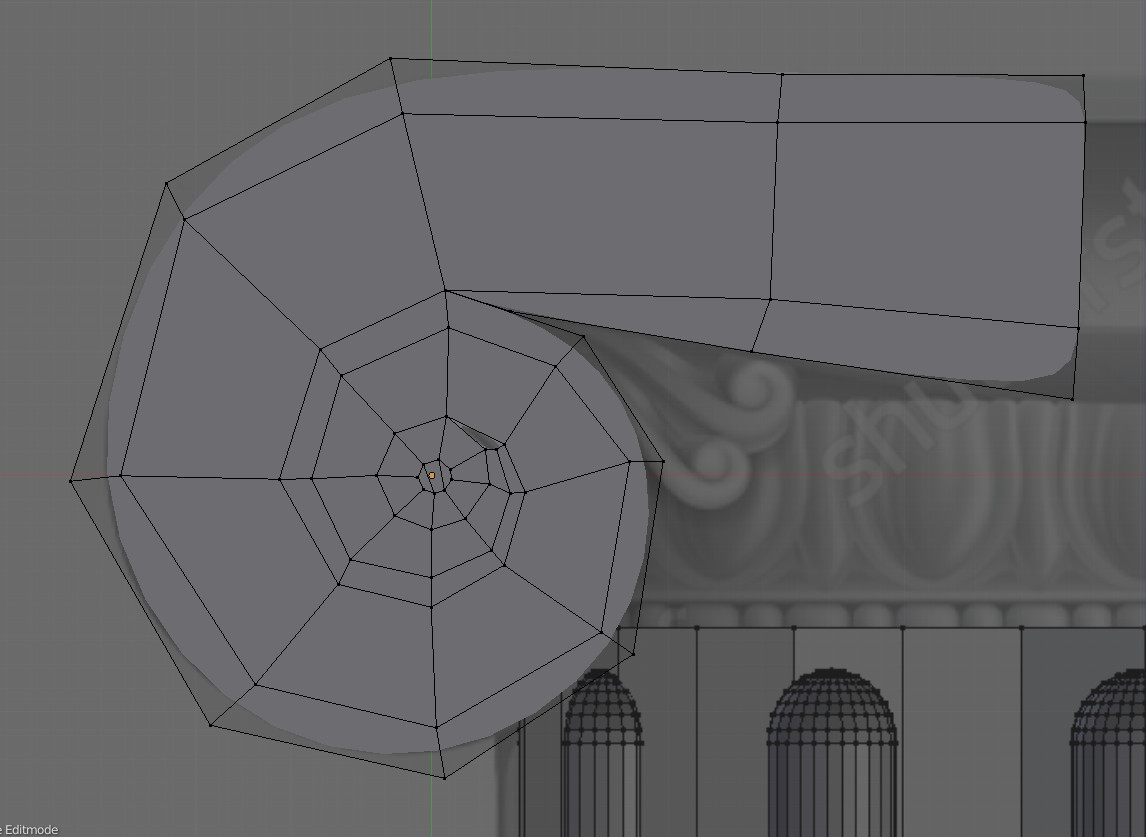 To obtain the image above, begin to add just the contour lines. Then use the F2 addon to fill the faces (it is really quick! https://wiki.blender.org/index.php/Extensions:2.6/Py/Scripts/Modeling/F2). The important point is to have the same amount of vertices for the inner and outer part (so that they correspond and you can make faces all around).

A trick: don't close totally the face on the right of the inner circle (that will be easier for the loop cuts later).

Now... we just have a flat surface, but nearly all is composed of quads and edge loops.

From that, "loop cut and slide" with CtrlR at the center. 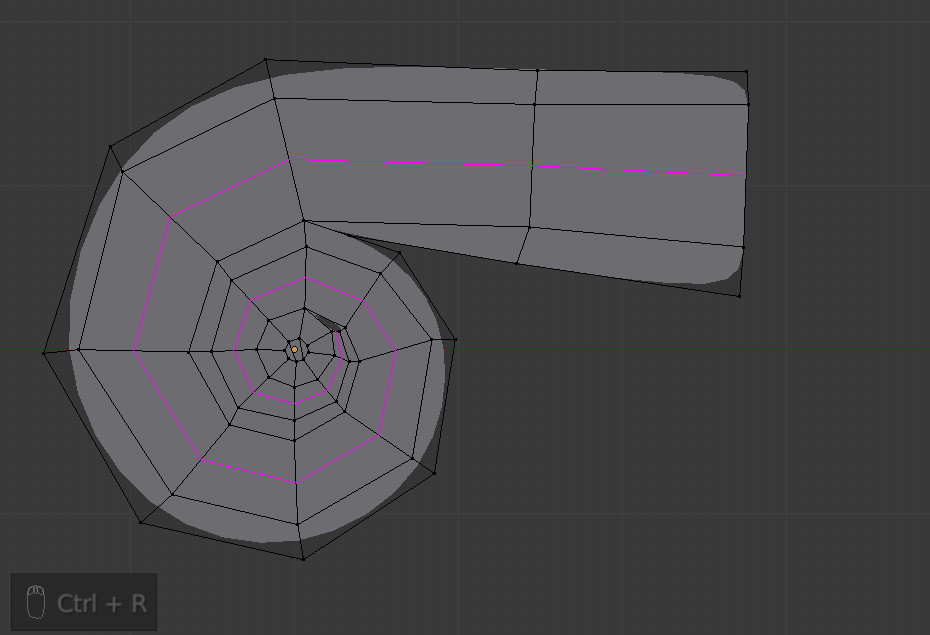 Then validate and move down Z this line:

Now enforce the flat parts, either adding another loop cut or beveling:

Complete filing the hole we let before, extruding the outer part and eventually add another subdivision level the the subsurface modifier. 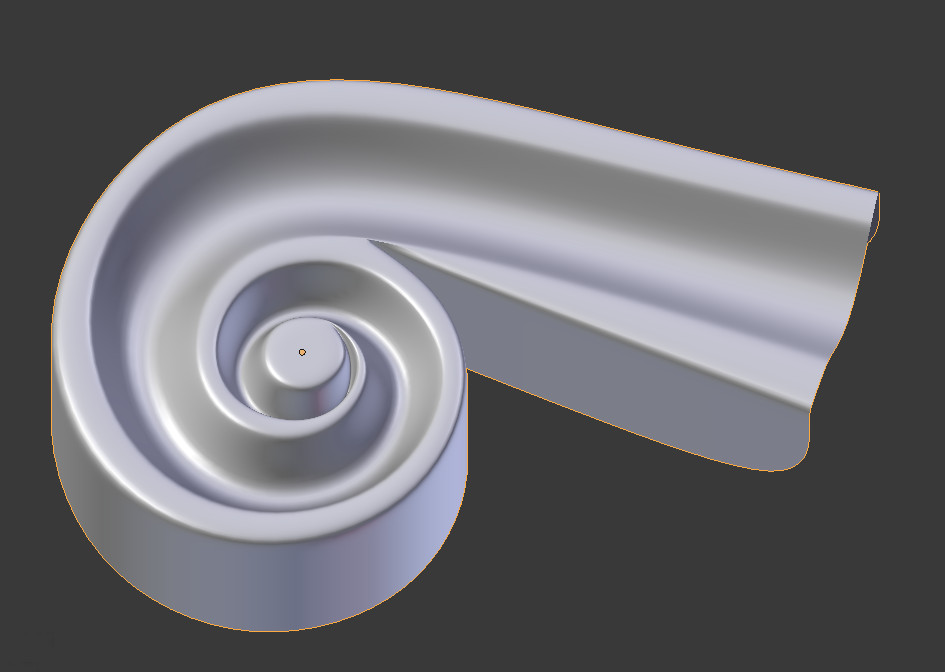 Note: for the thinner details, as said in the comments, use normal maps or others... or spend more time to model it...

I'm guessing the curves are what's troubling you. My suggestion is to just grab a vertice and start extruding along the curves. Then start making your topology better by filling quads between vertices. To create the groove of the curve, I would suggest just extruding inwards many times until you have something that looks nice. Don't be afraid to just do what you can in the corners and sharp edges of the mesh. Even if it looks ugly up-close, it should look good from further away. Don't forget to use a mirror modifier, so that you only have to model one side of the mesh. I hope this helps.

8
How can I make a coil with relief (volute)?
5
How do I create this shape at the top of a violin (the scroll?)

2
What's the best way to do clothing in character modelling?
8
How can I make a coil with relief (volute)?
0
Artifacts appear when I use the subsurf modifier
1
Problem adding details to the top part of a model using boolean
2
Creating realistic plastic with parting lines?
4
How can I make a shape follow a profile without it following the profile normals?
1
My texture bake of my model seems to not render the textures on the correct polys on the UV map
5
How to model small details above curved surfaces?