Rig Changing Poses By Itself

I'm animating an action in blender using a rigify metarig, but it's acting weird. There are screenshots for each step so you can follow along and see clearly where things go wrong.

This is the first frame: 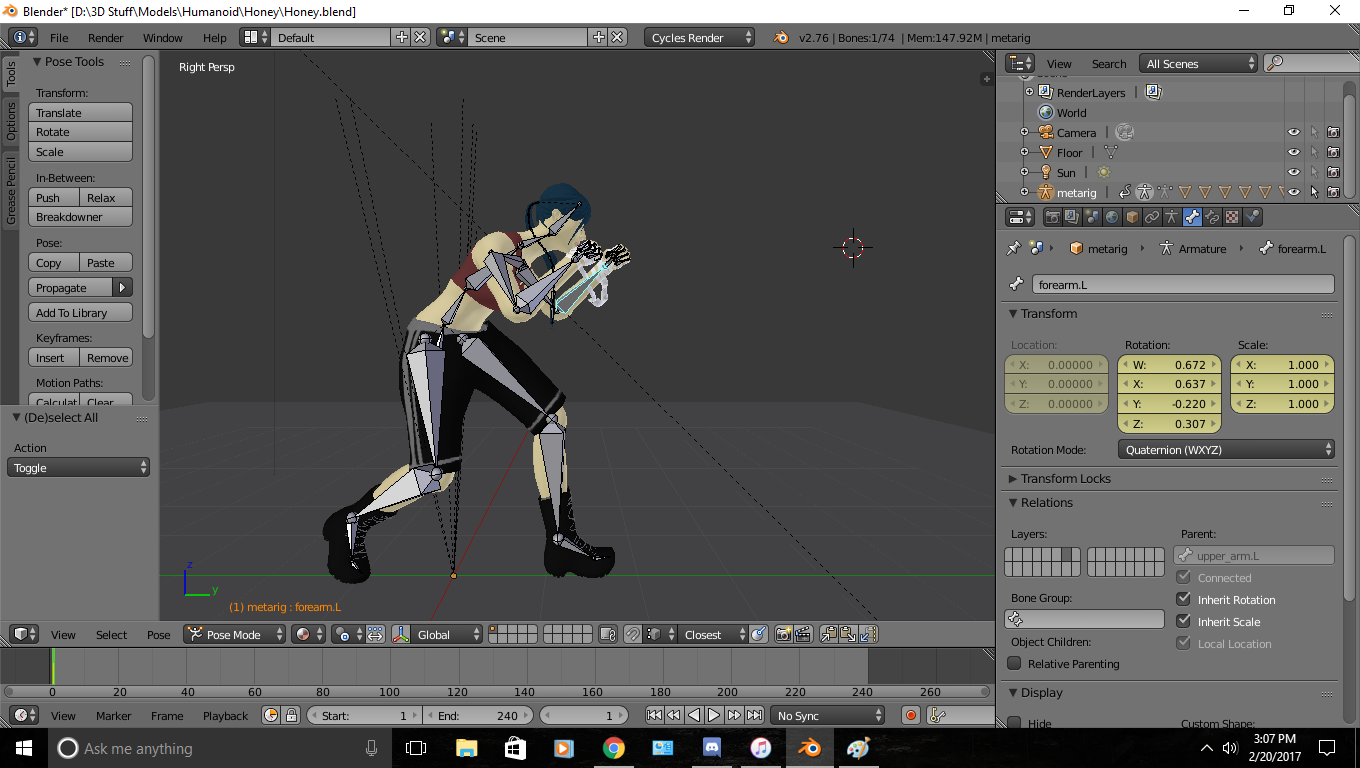 Ok, so far so good. Then, I move some bones and add another frame on frame 5: 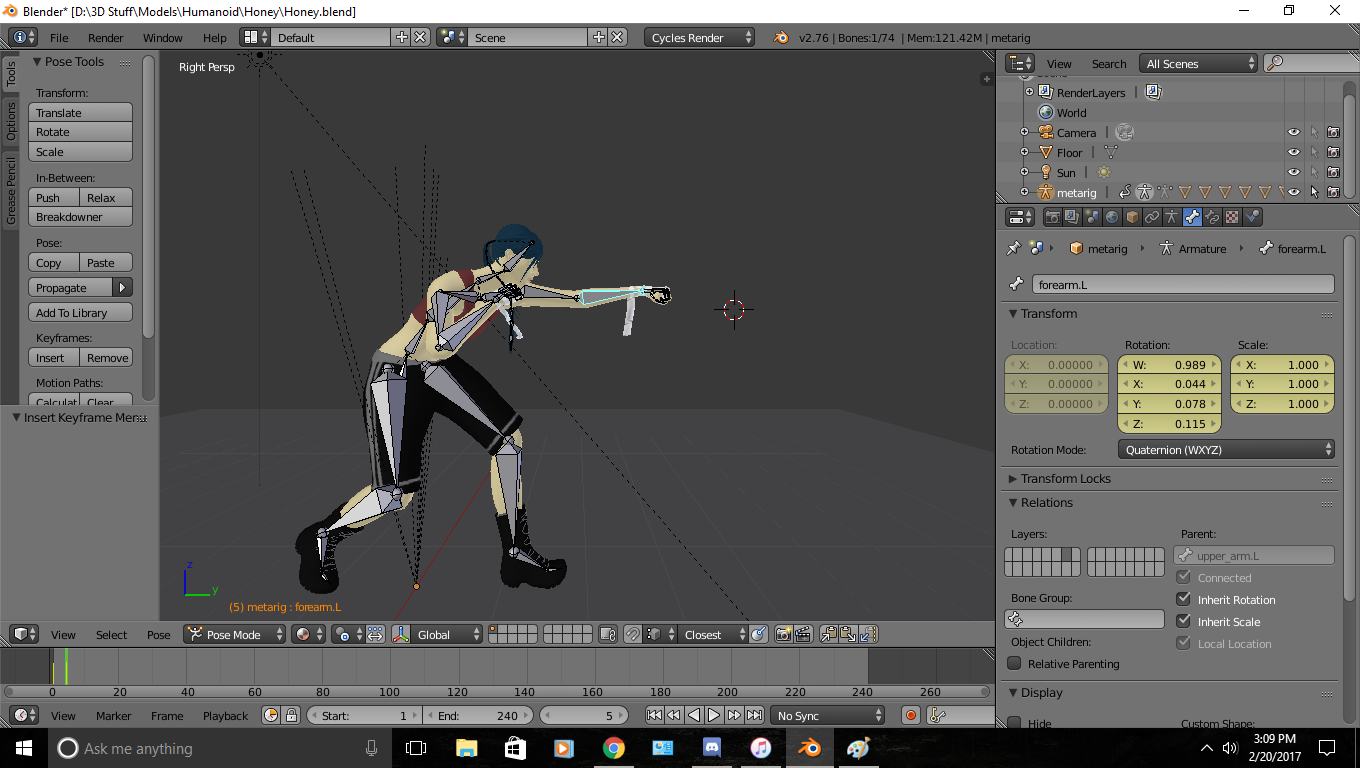 Still good so far. Then it starts breaking. Without changing anything, if I go back to the first frame, the left arm bones are in a new pose I never made, but the loc/rot values are still the same as before: 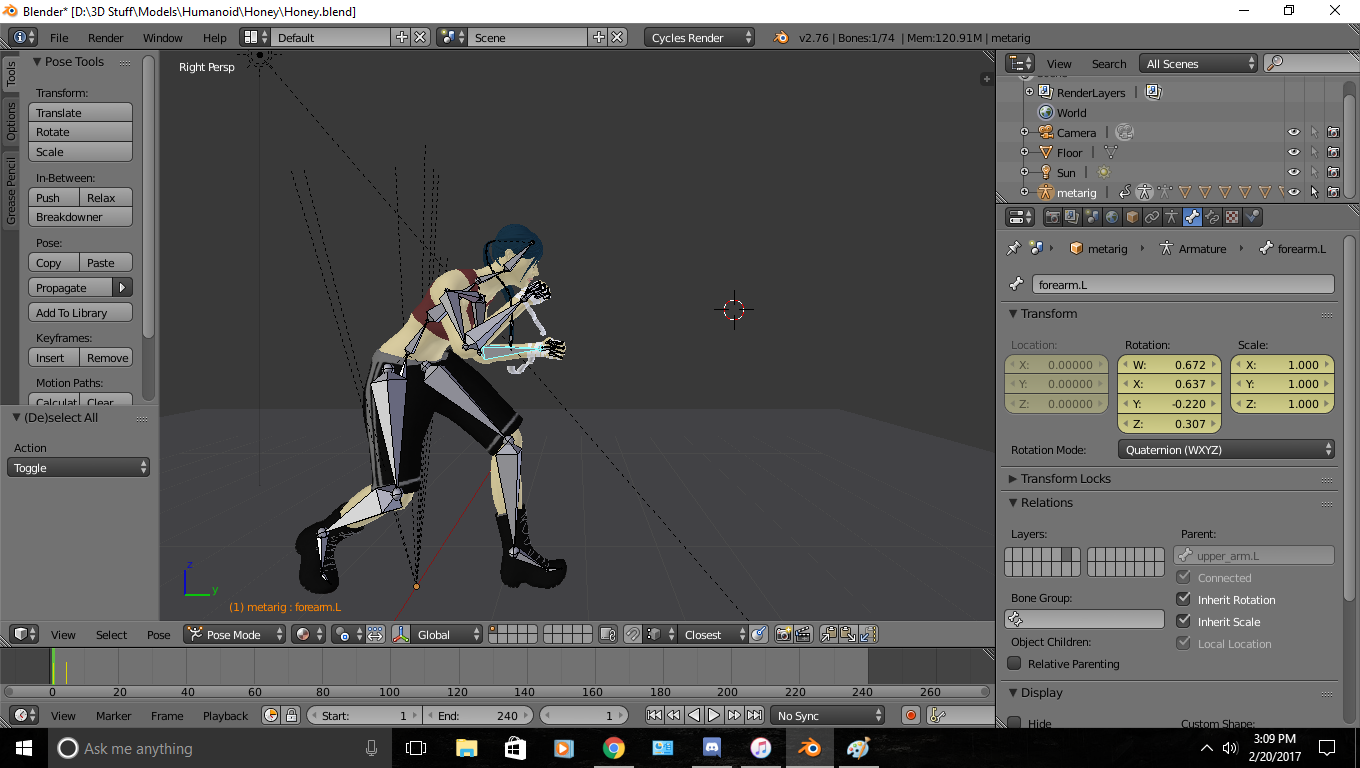 If I move the left arm bones to a random position but don't overwrite the old keyframe: 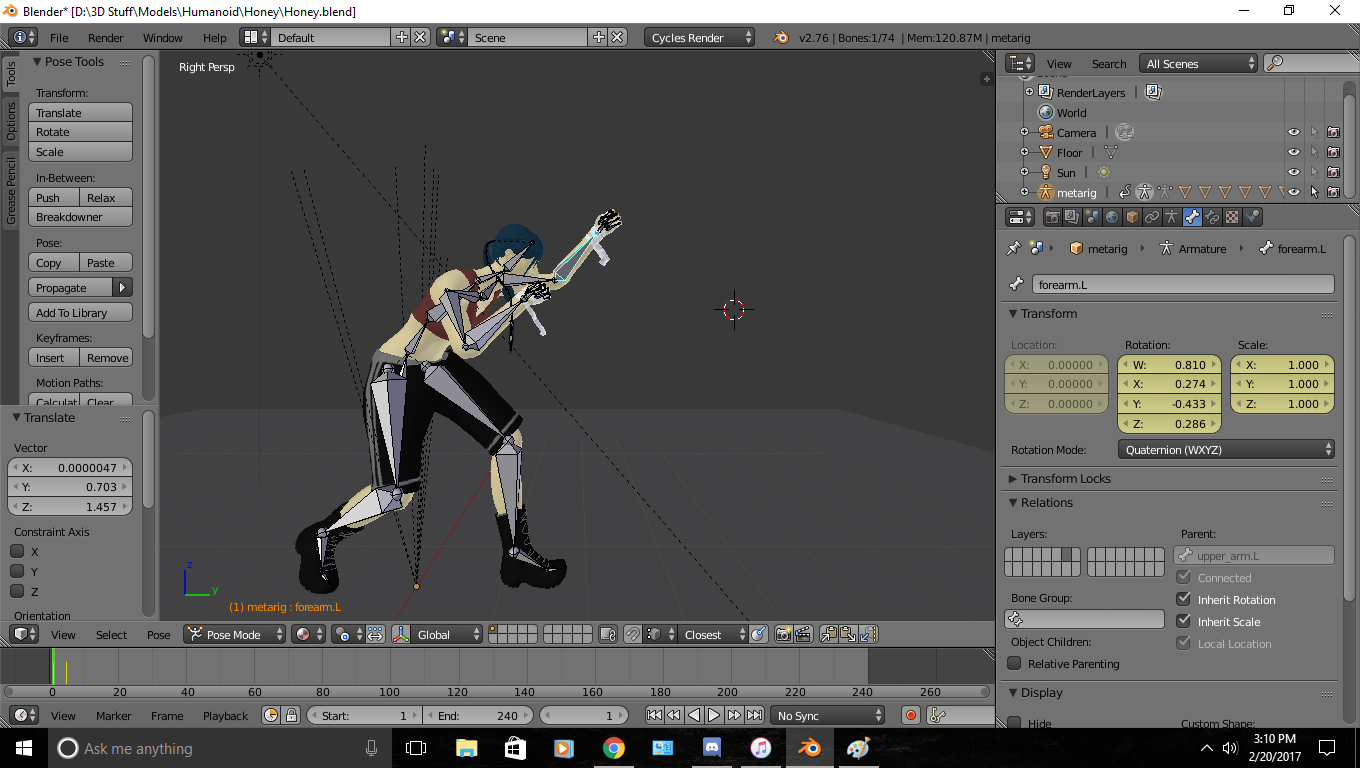 Then it arutomatically goes back to the pose it's supposed to be in: 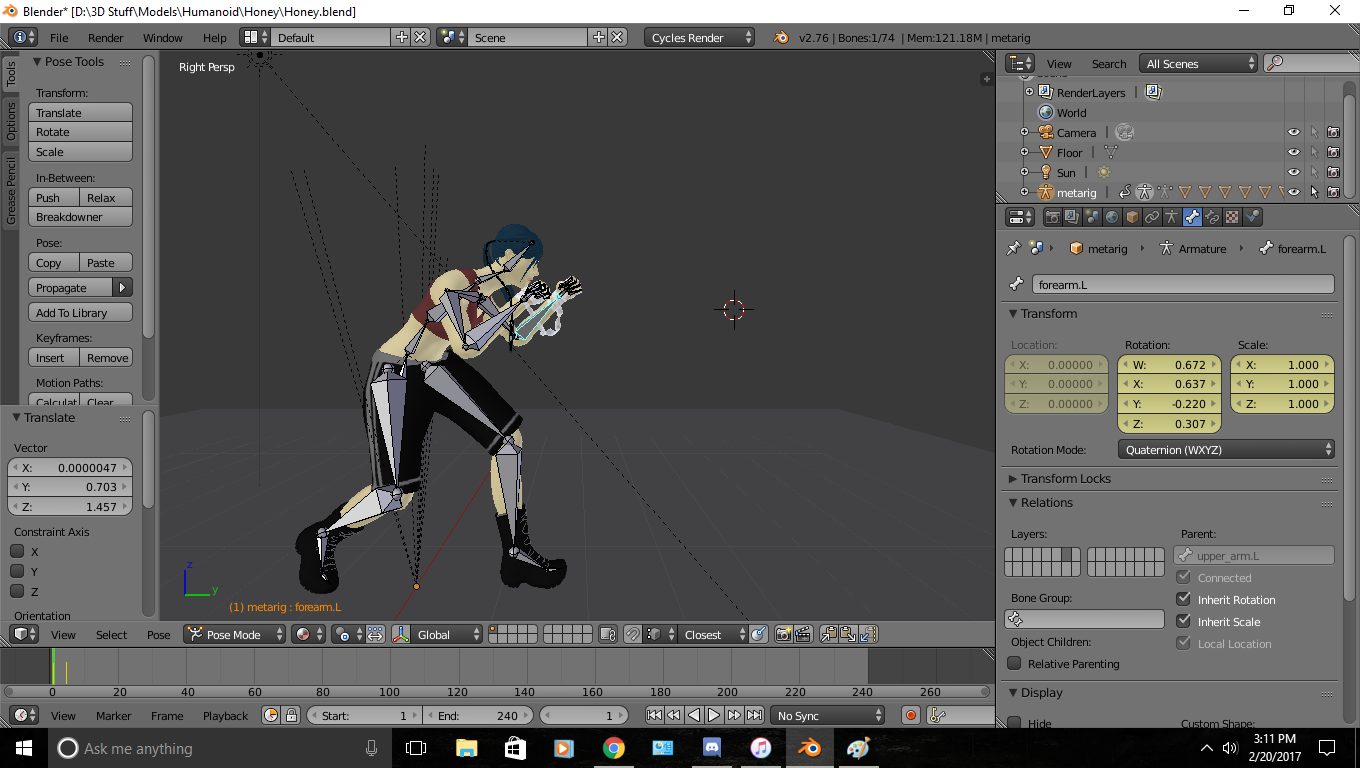 But then if I go back to frame 5, that one becomes broken instead! 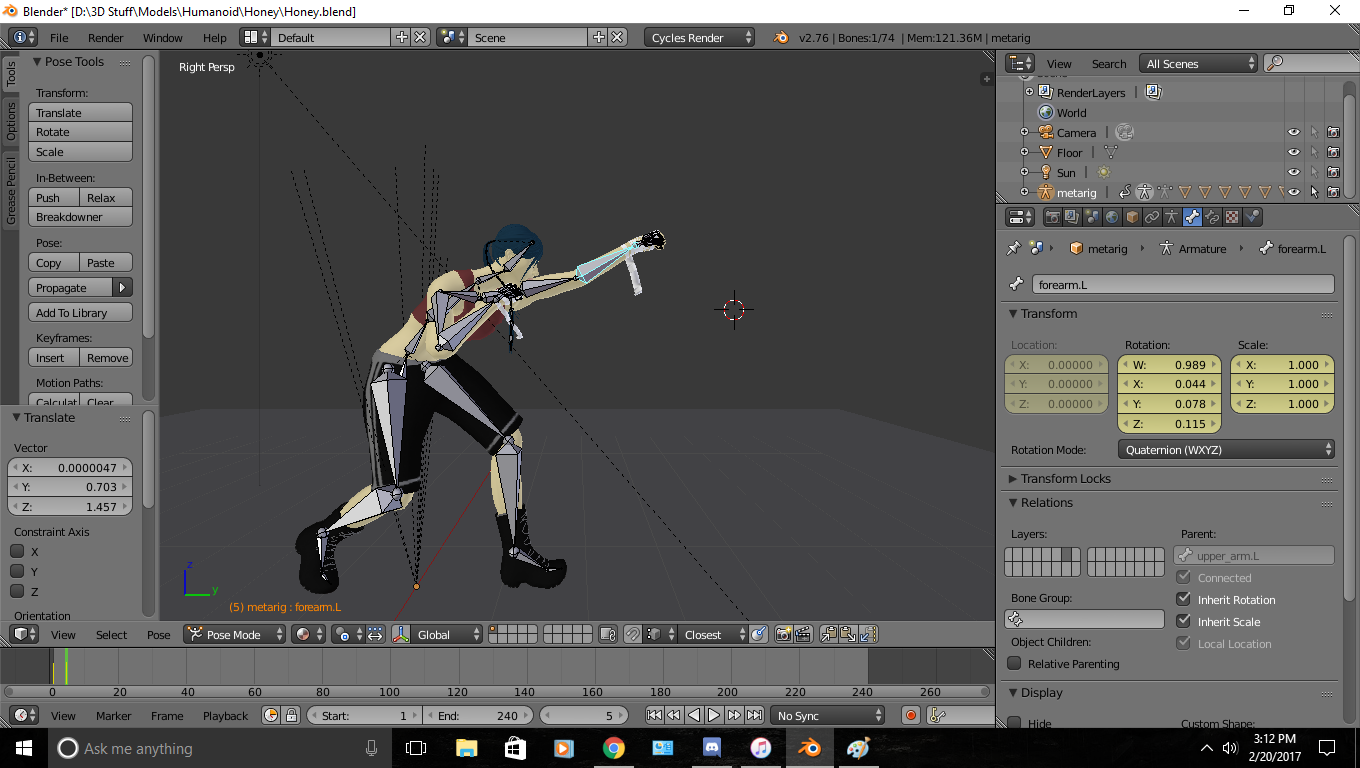 I've made tons of animations on other model's before using rigify metarigs and this is the first time I've ever seen this. It's super frustrating and I need this for a class assignment. Does anyone know what the hell is going on here?

Nevermind, I fixed it. So, even though I was applying each keyframe with "whole character" I only ever had one bone selected while doing so. I tried doing the same thing with the entire rig selected and it didn't mess up. I'm not really sure what the correlation is between my issue and applying keyframes like that, or why I didn't need to do it that way for all my other animations, but what's fixed is fixed.

Not the answer you're looking for? Browse other questions tagged animation rigging armature bones rigify or ask your own question.

1
Why is my FK-rig behaving weird when animating?
2
Rigify vertex groups mesh deform error
2
How do I Inspect and Correct my bone weight painting?
1
Edit Rigify Rig after Generation
0
Generate rig produces a "bugged" controller
0
Baking animations on a Rigify rig with child of constraints does not preserve constraint
1
Trying to weight paint a shoulder so that the arm doesn't clip into itself. Any tips?