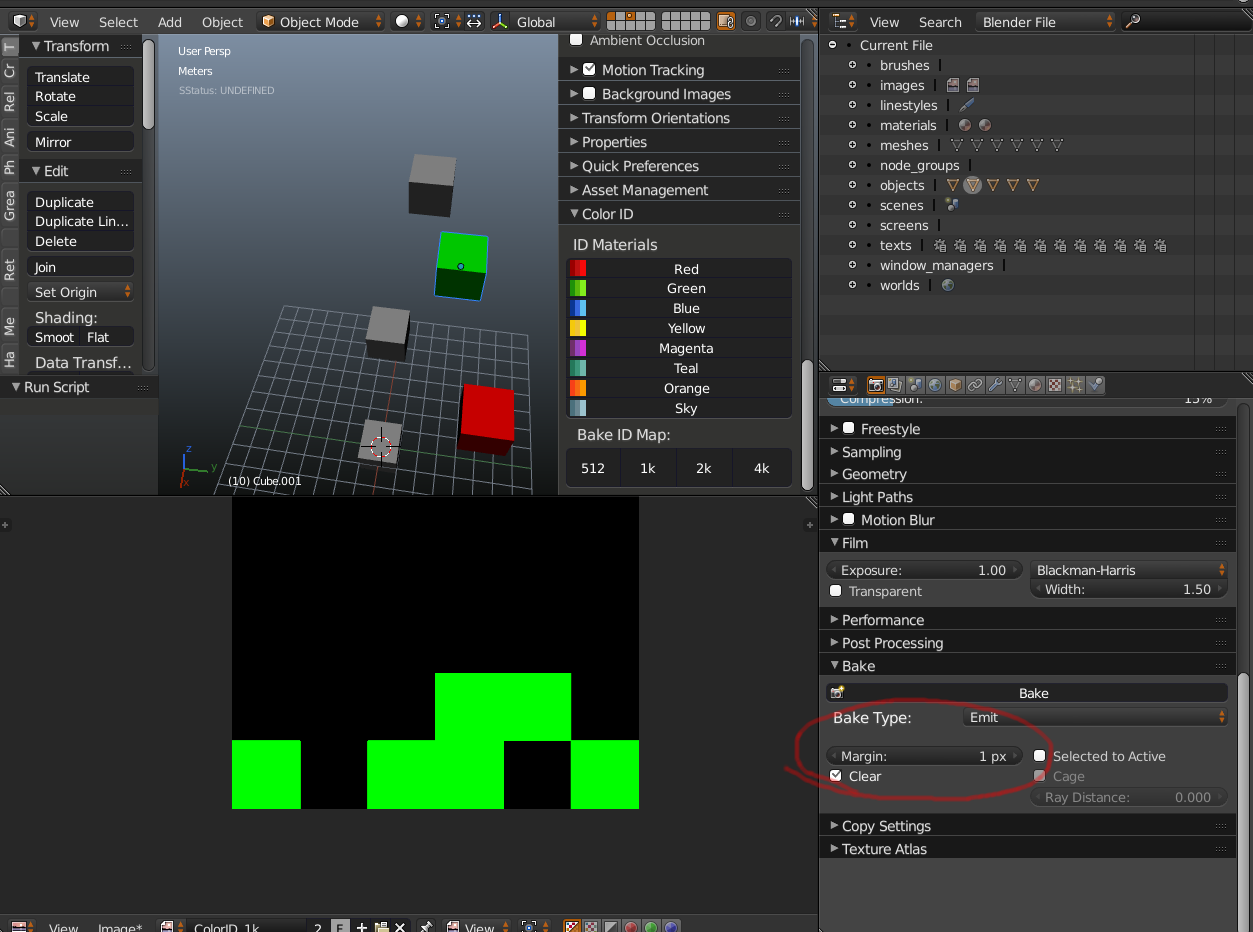 I'm building a color ID baker and I'd like to access the margin slider on my addon. I've looked in the API and gone through numerous attempts, but I can't quite figure out the python command to change it, much less implement it elsewhere.

The bake settings are a collection of settings available in bpy.context.scene.render.bake.

This was a little tricky to find, but there were a few hints.

The best way to explore the Api is via blender's Python Console editor and use Autocomplete to see the available properties of a given class, e.g. typing bpy.context.scene. and pressing Ctrl+Space will reveal:

I ran into this same problem and tried Ray's above method, but no matter which parameters I supplied, i.e. 8 px vs 16 px, the resulting UV map showed no difference.

After a lot of tinkering I found that the proper line to access the Margin property is:

Not the answer you're looking for? Browse other questions tagged python image texture-baking or ask your own question.

6
Debug and step through addon?
2
Using python to animate a curve FModifier
0
How to make this script to quickly set specific weights? (Screenshot attached)
1
program your own particles
0
How to run physics simulation frame-by-frame using Blender's Python API?
3
How to make object translations in the UV Editor (Scripting, Blender Python API 2.8)
0
what file to put float property and properties class blender 2.8