Video Editor shows SVGs as transparent image - can this be fixed?

Summary: If I add an SVG as a track to the video sequence editor, it is recognized as Type: image. But the content is not visible, it is just transparent. This is shown on this screenshot: 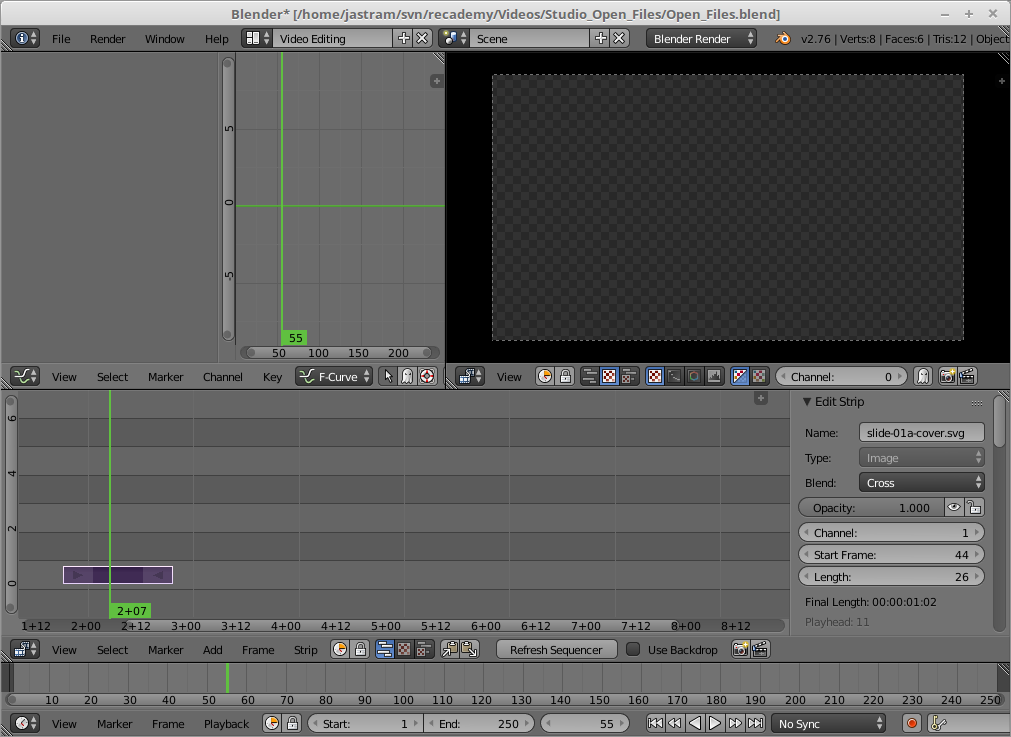 Details: I am trying to create a training video that alternates footage and slides. Initially I used PNGs for slides, which worked flawlessly. I want to switch to SVG, so that I can edit the slides directly (rather than having to export PNGs. So I know that what I am trying works with PNGs

Blender lets me drag the SVGs into the Video Sequence Editor. They are recognized, as the border and transparency is shown. But the actual content is missing!

I am using Inkscape to create the SVGs. I tried both, Inkscape SVG and "Plain SVG". I created a super-simple test slide with nothing fancy on it. No luck.

Also, I set the document size to 1920x1080. As I read about size issue I filled the slide with a huge object. Nothing.

Is Blender not capable of this, or am I making a simple (stupid) mistake?

You need to convert SVGs to a raster format (Tiff, PNG, JPG, EXR, etc) before you can load them into the VSE.

Support for SVGs is limited.

As an alternative you can load the SVGs (paths only) as curve objects into the 3D environment, and add a scene strip to the VSE.

For more info on support for SVGs read: Why can't I import a SVG file from Adobe Illustrator or Inkscape?

Not the answer you're looking for? Browse other questions tagged video-sequence-editor svg or ask your own question.

27
Why can't I import a SVG file from Adobe Illustrator or Inkscape?