How do I create a sphere with six circles cut into it?

I'm attempting to model BB-8 from The Force Awakens, but I'm struggling to create the base shell of his body. He's essentially a sphere with 6 equally spaced circles cut out of its surface. The remaining shape is then cut into 8 segments, like here: 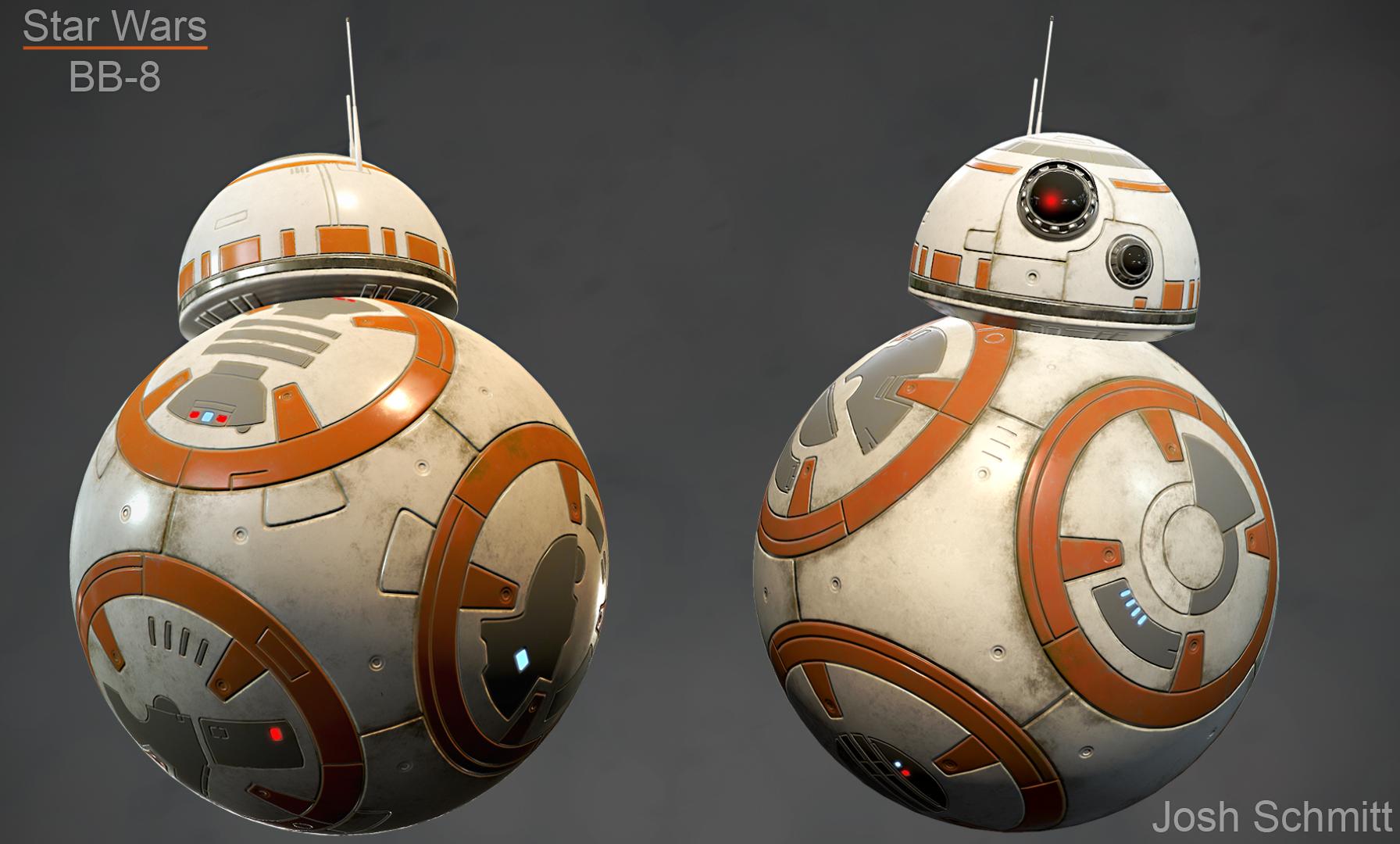 If I could even create one of the segments I could then duplicate it.

Any help is appreciated!

Here is a setup that allows to have the result from one plane.

Practically speaking (regarding how is the final model in the question), I don't think this is better than the other answers, but it allows to rework the base plane shape as needed in a non destructive way.

The principle is the following :

Start with a plane, array it 3x and curve it so that you obtain 3 faces of a cube. Then array it again in order to make and place the 3 missing faces (for both arrays, set the merge option on). Now eventually subsurf all that and add a cast modifier to make it round. 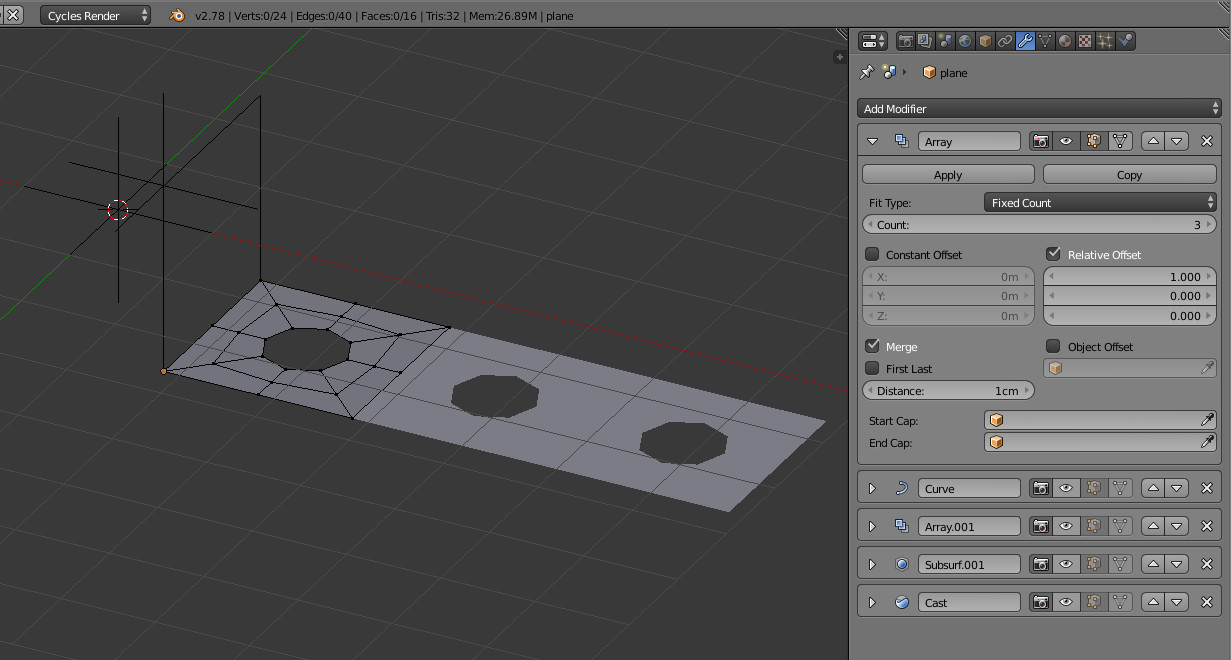 The curve is composed of 3 segments (a mesh converted to curve). Make sure to have a resolution of 1 in the curve properties panel. 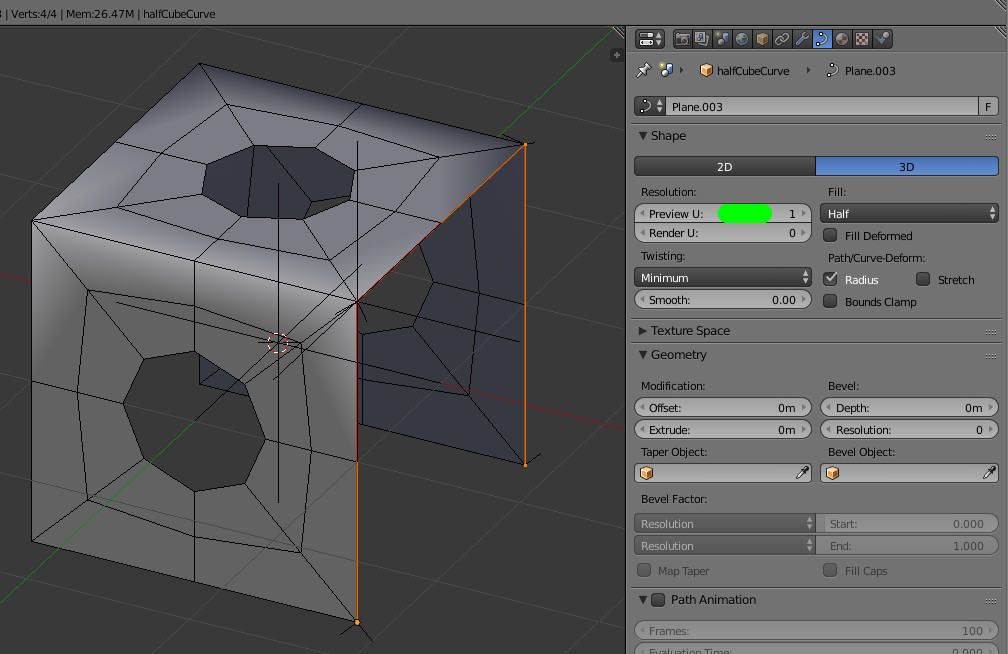 This array uses an empty as 'object offset'. This empty is moved and rotated so that the dual part of the cube is obtained (to finally find it, rotate by 90° steps and move by 1 unit). Don't forget the merge option here too. 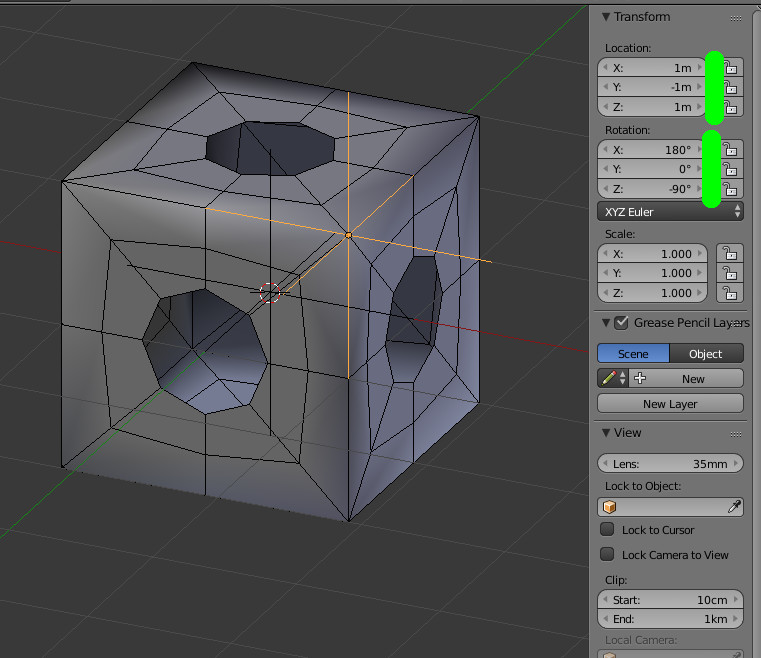 As the cast by default uses the center of the object, you'll need a second empty (and place it at the wanted center of the sphere) to indicate where the good sphere center is. 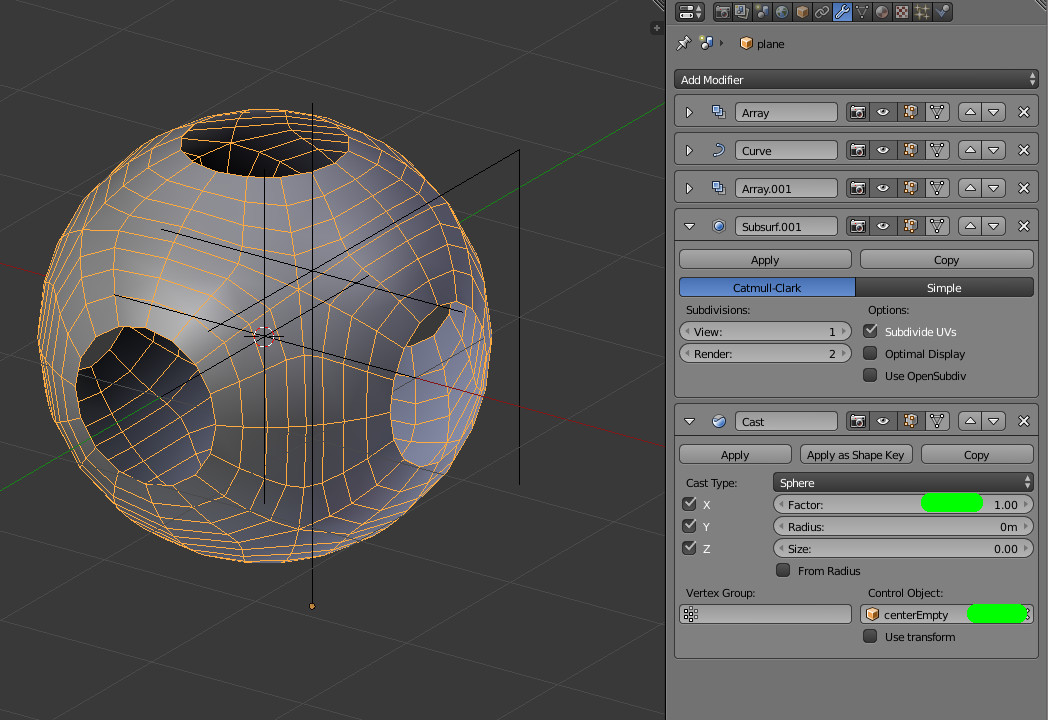 Create the segments as flat pieces and shrinkwrap them onto a sphere. If you have the 3D cursor at the centre of the sphere and set it as the pivot point, you can duplicate a piece and rotate it around to where you want the next piece, as you rotate the mesh it will follow around the surface of the sphere.

You can do this using the shrinkwrap modifier -

Or you can use the snapping tools to keep the geometry "stuck" to the surface of the sphere as you model. This is using the same technique used when doing retopology, which you can find many tutorials for.

Create Your Simple UV Sphere
Now in Edit Mode / Wireframe & Front Side Selected
Select the top 3 Vertices Columns
After Selection shift+d to duplicate the selected vertices
Press Shift+p to separate the newly created vertices
Go in Object Mode & Select the New Object, Go in edit mode, Select & Duplicate
Ensure your pivot is set to 3rd Cursor, and its in center of 1st Sphere
Rotate it 90 Degrees. Repeat till you have total 6 Cut Sphere Tops
Select the 1st Sphere, Go in Edit Mode & select the top Vertex
Set your 3d Cursor to that Vertex. Get Out of edit mode
Select Cut Top Sphere & Select the top Most vertex. press Shift & + to select the next vertices line & Delete them. Now you have single ring of vertices on Cut Sphere top.
Extrude them (They will extrude towards 3d Cursor) and Make your Segments as you wish. https://youtu.be/WBlN-qk8T8Q

Not the answer you're looking for? Browse other questions tagged modeling mesh edit-mode topology or ask your own question.

3
How to make a mesh surface that looks like cubes stacked in the shape of a sphere?
15
How can I model an irregular object made from laser cutting metal sheet
0
How to close a section of a sphere flat while retaining closest shape?
0
Is it possible to isolate parts of an armature so the mesh will never deform?
3
How would you cut out these table legs?
0
Creating a sphere with glowing circle on it
0
Extruding 3 circles from a uv sphere, general modeling advice
2
How to wrap curves fully around a sphere