Cycles: Texturize a feather made from particle system?

I have a quill pen created in much the manner described in this exhange but I need to give it character, like a peacock feather. I gave mine a Texture based on a greyscale PNG, but as I move the feather around my scene the texture moves all over the feather -- in my viewing I'd say it's "projected" on to the feather. I've played with the options on the Texture pane of the Particle System, but they all "project" too.

Is there a technique to apply a texture onto a particle system?

Writing this makes me wonder if the changes I made to the Texture pane of the Particle System aren't having an effect because once you comb the particles they are baked.

When the feather is horizontal: 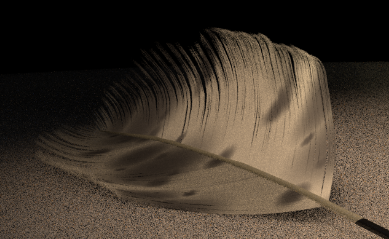 When the feather is vertical:

And here, then, is the node structure that got it to work this far. I'll be the first to admit node construction to me is trial and error with black magic; but I can see where Geometry at Position is probably not what I want -- I do know I tried a lot of constructions that felt like they'd make sense before settling for this! Totally open to advice here!

For completeness, and because I know some community members like to play along, here's a reduced version of the image I threw together to give character to the feathers: 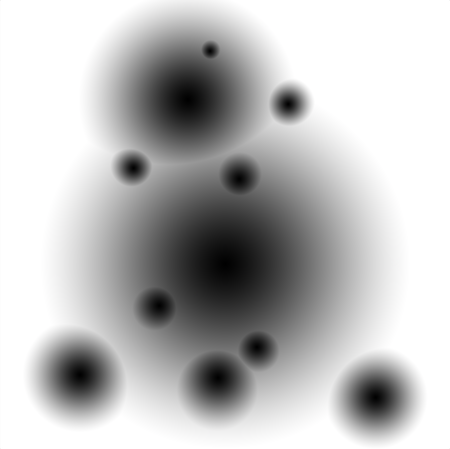 The Geometry node, which you're using, produces coordinates in world space, so the position, rotation and size of the object do affect the result. In a sense your texture is being projected, just as you suggest. Instead you should use the Texture Coordinate node.

The Object socket gives the coordinates in the object's local space.

I replicated your node setup, but used the Texture Coordinate node instead, and I skipped the Mapping node.

This image is with Object coordinates.

And this is with Generated coordinates.

The Suzannes in the images above are identical in every respect except being at different locations and rotated differently.

Not the answer you're looking for? Browse other questions tagged cycles-render-engine texturing particles or ask your own question.

9
How can I make a single photorealistic bird feather?