I'm after some advice on how to model a Steel cable is anyone able to point me in the right direction of an up to date or relevant tutorial, or even able to advise me on how to create a Steel cable like what could be seen on a Tank or a Ship ?

Like ones that a tank would use to tow another.

Any help and Advice would be greatly appreciated.

A way to do that is using curves (that will allow to bend the cable if necessary).

The principle is to make a base shape which will be a slice of the cable. Then use this slice as bevel object on a curve. Once done, you can twist/tilt the curve extremity in order to twist the cable itself.

It can be what you want (more or less detailed, for instance). The only constraint is we need to make it a curve object at the end, so that it can be used as bevel object for the final curve (the cable). 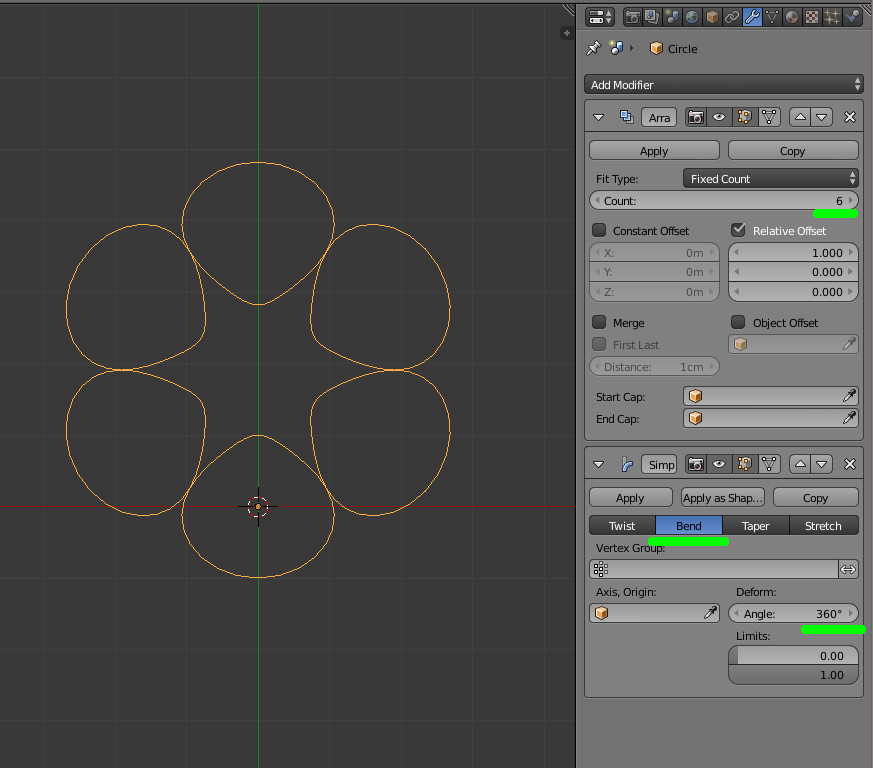 Here the inner parts are a bit stretched (due to the deform modifier). You can refine that or use another approach (again it is to do it quick here).

The result of the modifiers is a mesh, and we need a curve.

So use AltC to transform it to a curve (that will apply all the modifiers and convert to curve). 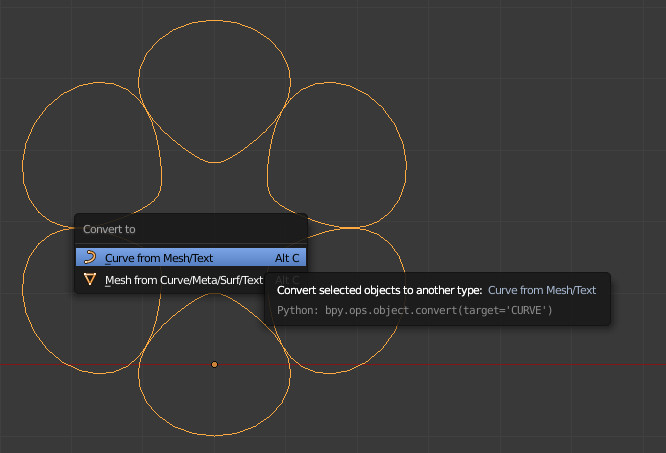 Now, add a curve ShiftA then curve and bezier and set the previous object as its bevel object. 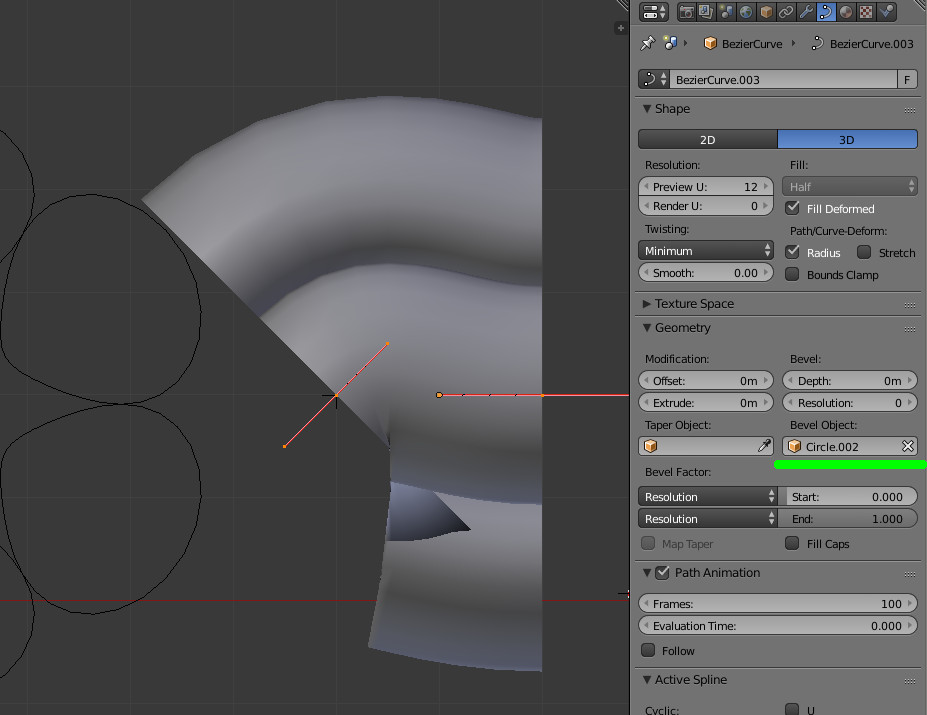 What you obtain at this step is probably to large. So scale down the bevel object and/or stretch the cable curve (in edit mode for this last, it will be better).

Now, enter edit mode for the cable curve, select one of the extremities and hit CtrlT to twist and move the mouse around :

The cable is deformed. It is because the origin point of the slice/circle is not at its center. So select it and transform its origin to its geometry :

Refine the result by changing the cable/curve resolution :

And so you obtain a bendable cable.

If you want to insert some additional control points to the cable, you will notice that the twist/tilt is not divided equally... unexpected behavior (for me)... so if this is needed, remove the twist/tilt and do the twist again ;) using proportional editing.

Not the answer you're looking for? Browse other questions tagged mesh bezier-curves or ask your own question.