How can I bake a normal map so that my vert count stays low?

I've been trying to bake normals for window frames and door frames. I have been angling each face to make it an angle but my normals are still so sloppy looking and very undefined. I've watched tutorial over tutorial and cannot get nice clean results...

So my question is..

HOW in the WORLD can I make a nice clean normal map for windows so that my vert count stays low enough for a mobile game yet detailed enough to make the illusion of the shapes.

If anyone has any tips and suggestions for making normals of this type please give me some lessons! am very new to modeling in general and know fairly basics of blender... Thanks.

IF anyone can make an example for me, then explain how to achieve that, it would be most appreciated.

first image is ones I baked practicing on planes.. and second is their normals

Edit: Really stressing me out lol. I was told no depth only angles but the first images from "practice" that are better than actual buidling.. are depth basically..I don't rememeber setting angles..I baked the building model same as I did the model of only windows.

if there are any tricks I am more than willing!

then on my actual "building" is the last two.. first image is high res model.. second image is the baked normals to low 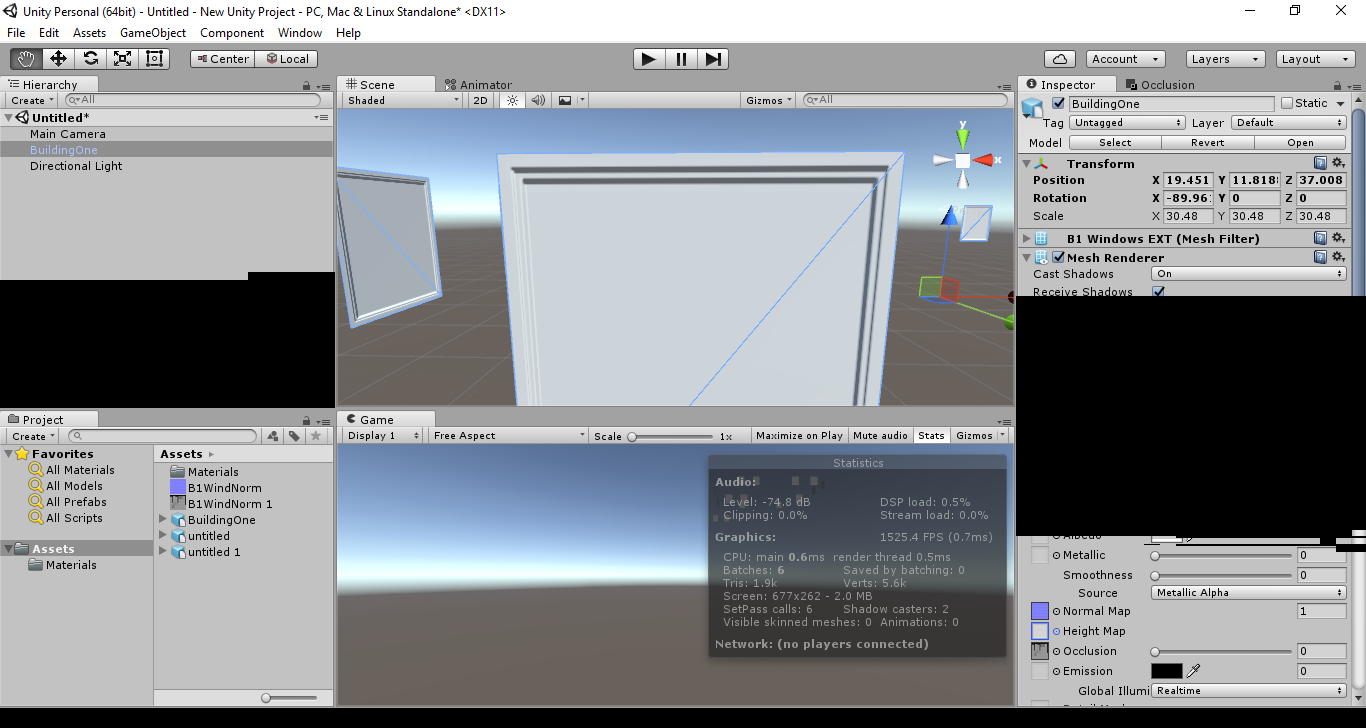 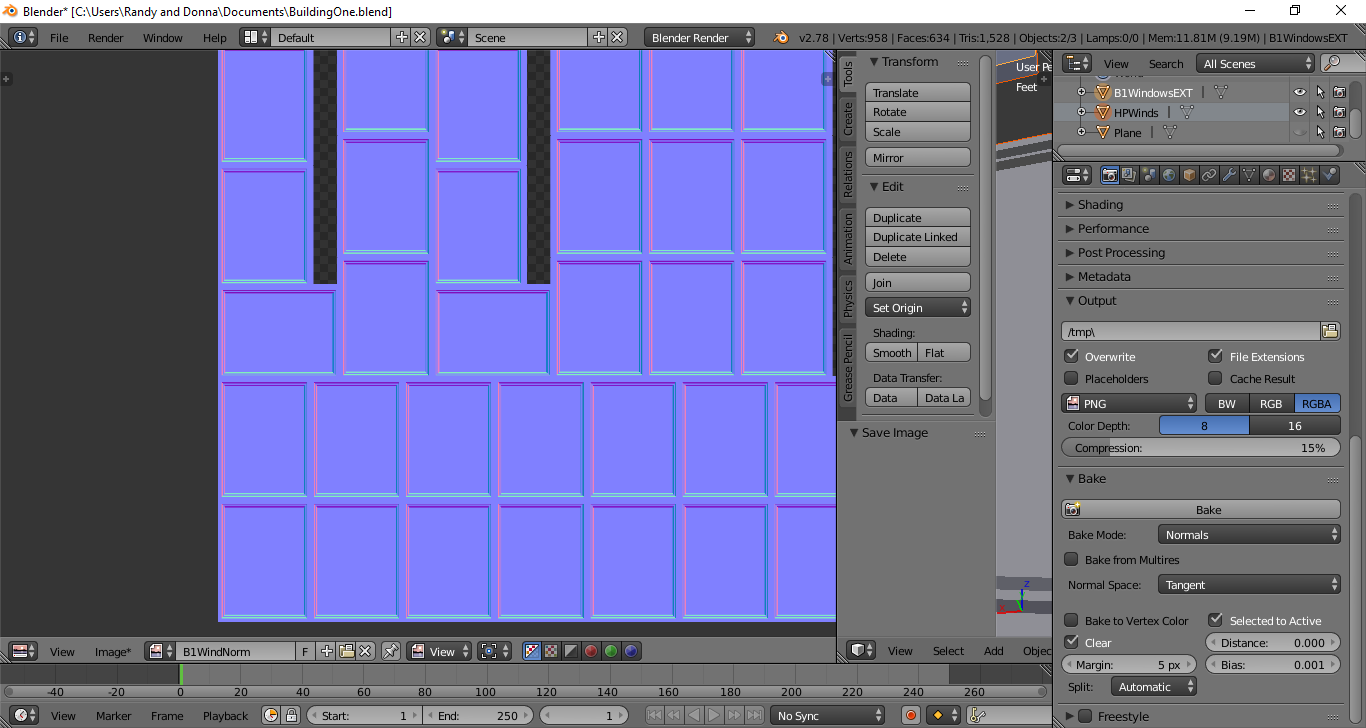 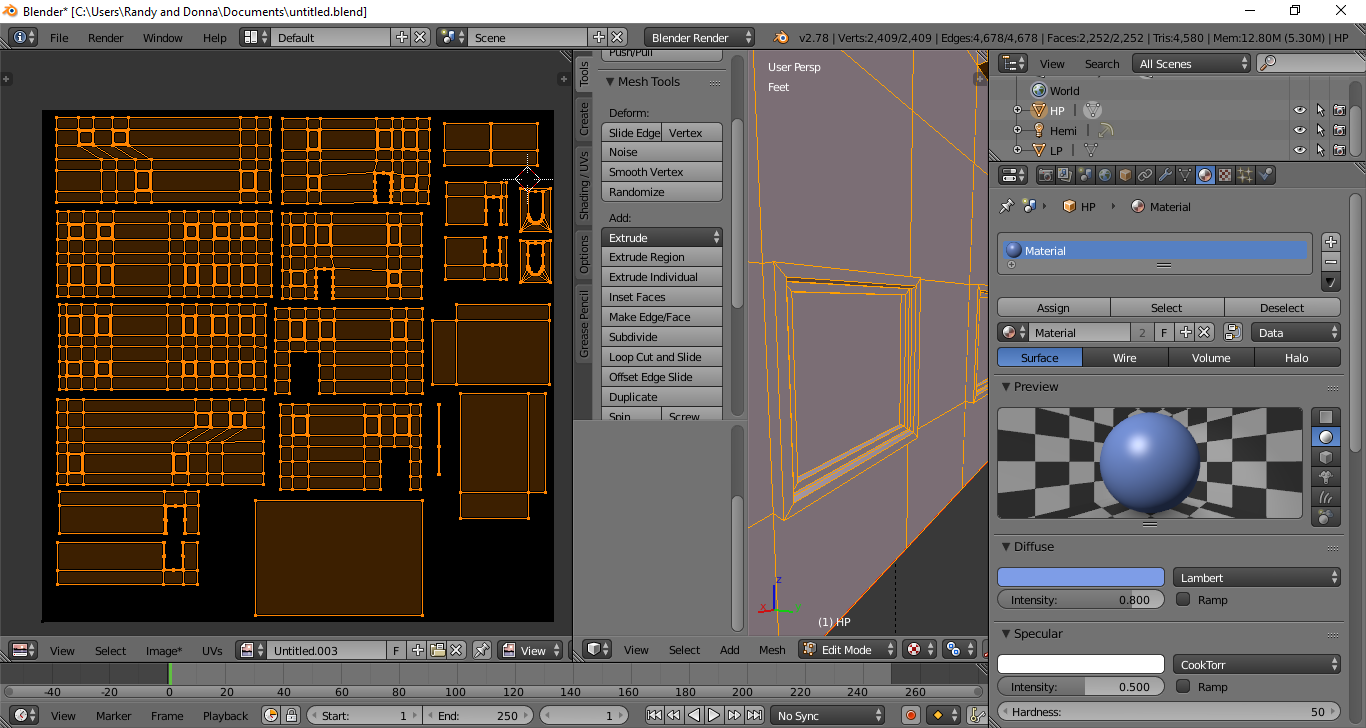 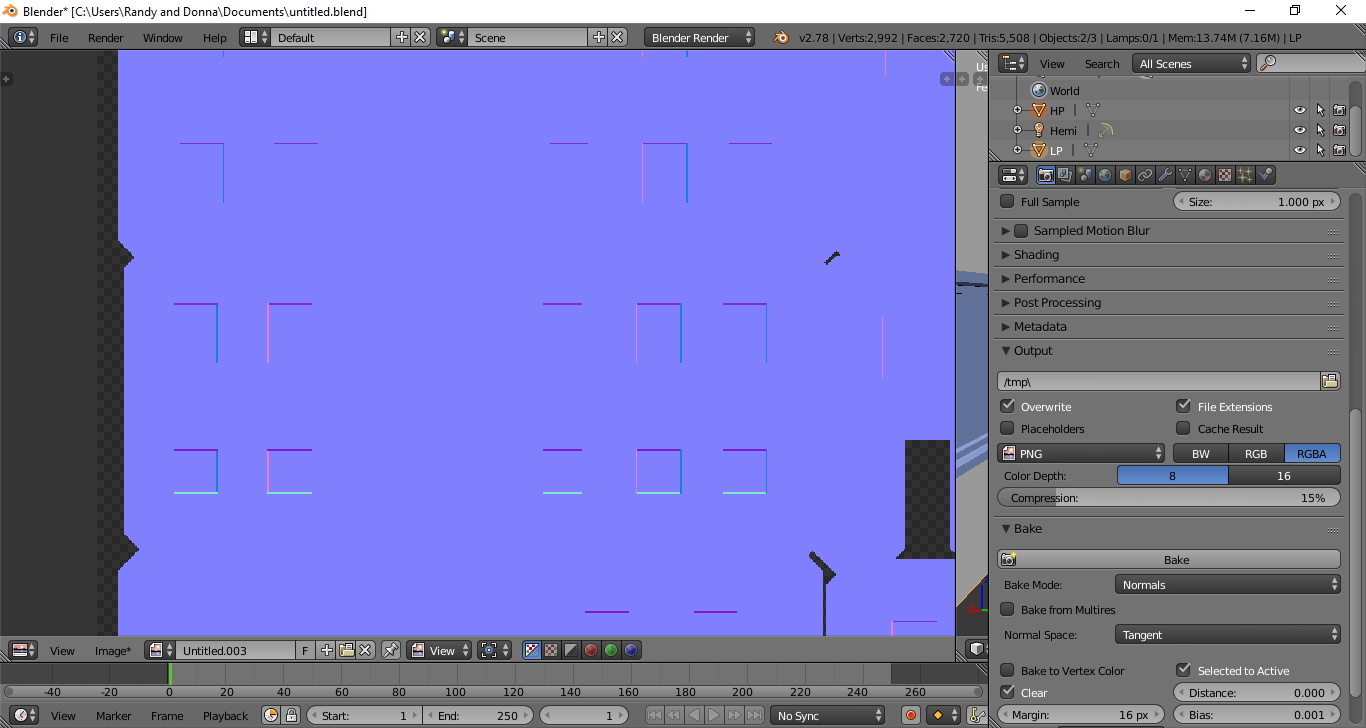 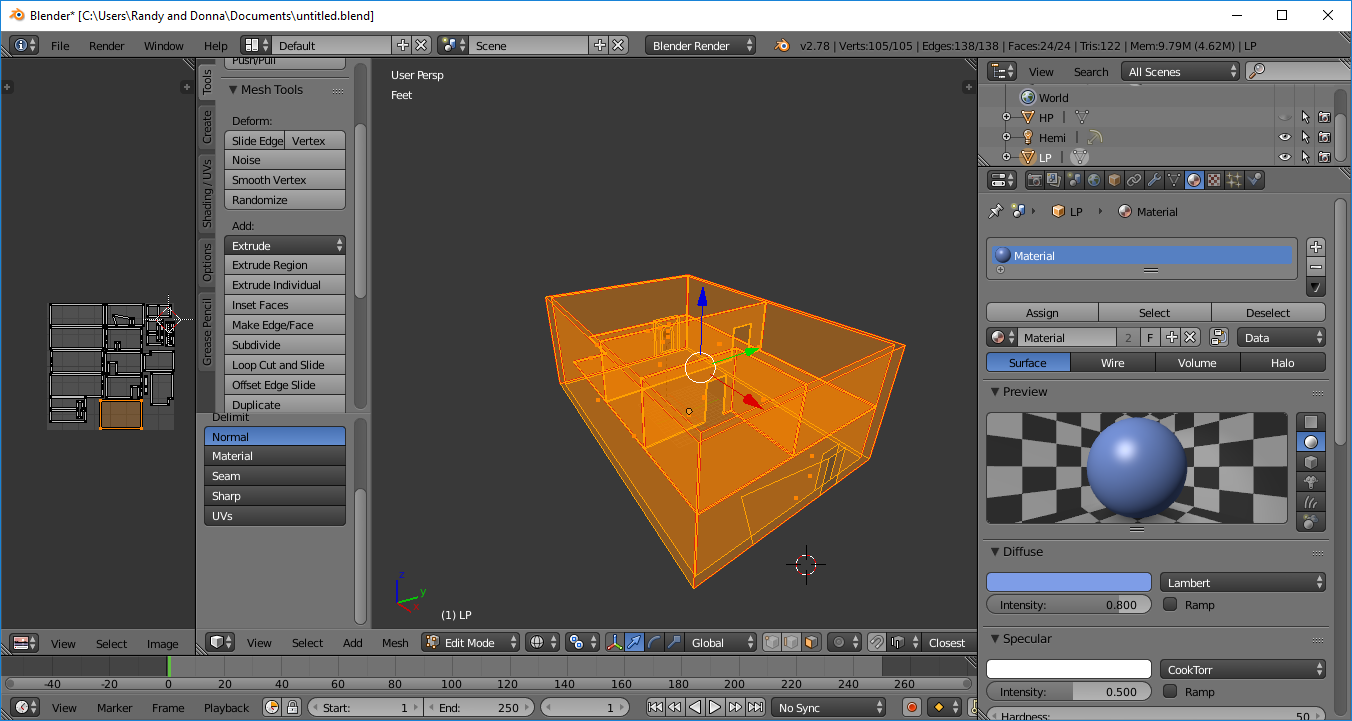 Browse other questions tagged normals or ask your own question.

14
How does normal baking work?

2
Weak normal map bake?
4
Why are there seams all over the mesh when a Normal Map is applied?
1
How exactly should I set surface normals for a sculpture?