Workaround to keyframe the world setting? 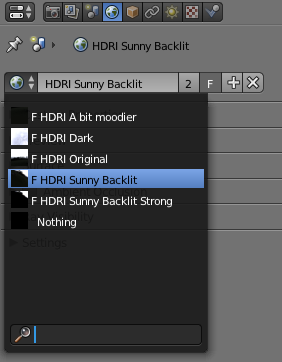 The world settings nodes are different for each one, it's not just the HDRI that changes, and I'm using Cycles to render.

If I could keyframe the world setting or bind it to markers like it's possible with cameras I could render an animation with a different world setting for each frame, but I can't figure out how to do this. Does anyone have an idea how to do it?

You could use a mix node, as shown below, to animate between different HDR images and animate the factor from 0 to 1 to switch between them. Adding additional mix nodes after the first one would allow you mix between as many HDR images as you want. 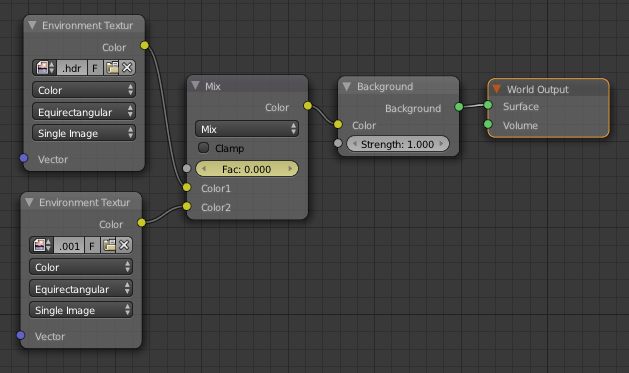 Keyframes can be inserted on node properties in the same way as other properties, by pressing I while the cursor is over that value.

As you said that some other nodes were also different in each setup, you could either animate the values for each node or again use a mix node to switch between whole networks of nodes instead of just an environment node as shown below. 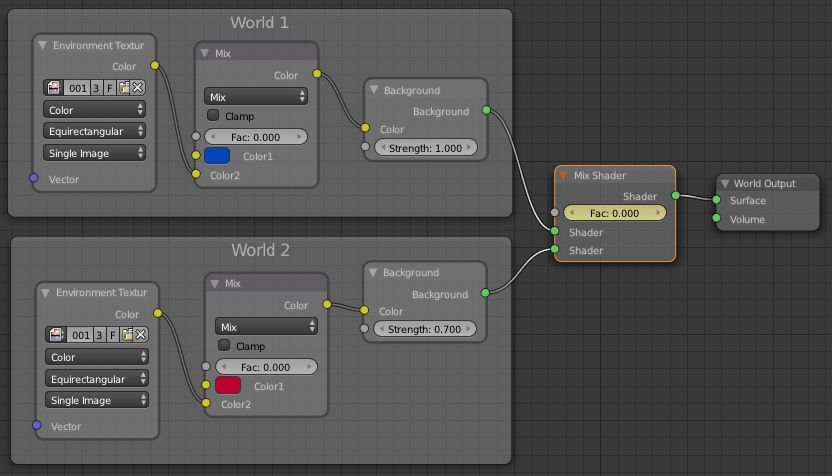 Note that to mix 2 background shaders a 'Mix Shader' node is used instead of 'MixRGB'.

Not the answer you're looking for? Browse other questions tagged cycles-render-engine rendering workflow world or ask your own question.

34
Is there a way to batch render multiple scenes?

50
How to make a model cast shadows onto the world texture/background?
5
How to change world background based on active camera?
2
Workflow for batch rendering in the same scene with different cameras
0
How to keyframe changes to assigned materials in Cycles
4
What has shut off rendering and display of the world background?
0
Is there any way to re-render without having to rebuild the entire scene again?
0
Can't open hdri in Blender 2.8 release candidate
0
Scene color/contrast changes based on camera perspective