How to make an substance painter shader [duplicate]

how can I found/use/make a shader in Blender which allows me to use the textures from Substance Painter? I would prefer to be free.

Best solution: get a buildbot build in a week or two that will have this patch added: https://developer.blender.org/D2313 This is the same shader that Substance itself uses, and should be a 1:1 translation. Until that's available in a more accessible build, I've ported over a blog post I wrote about this below: 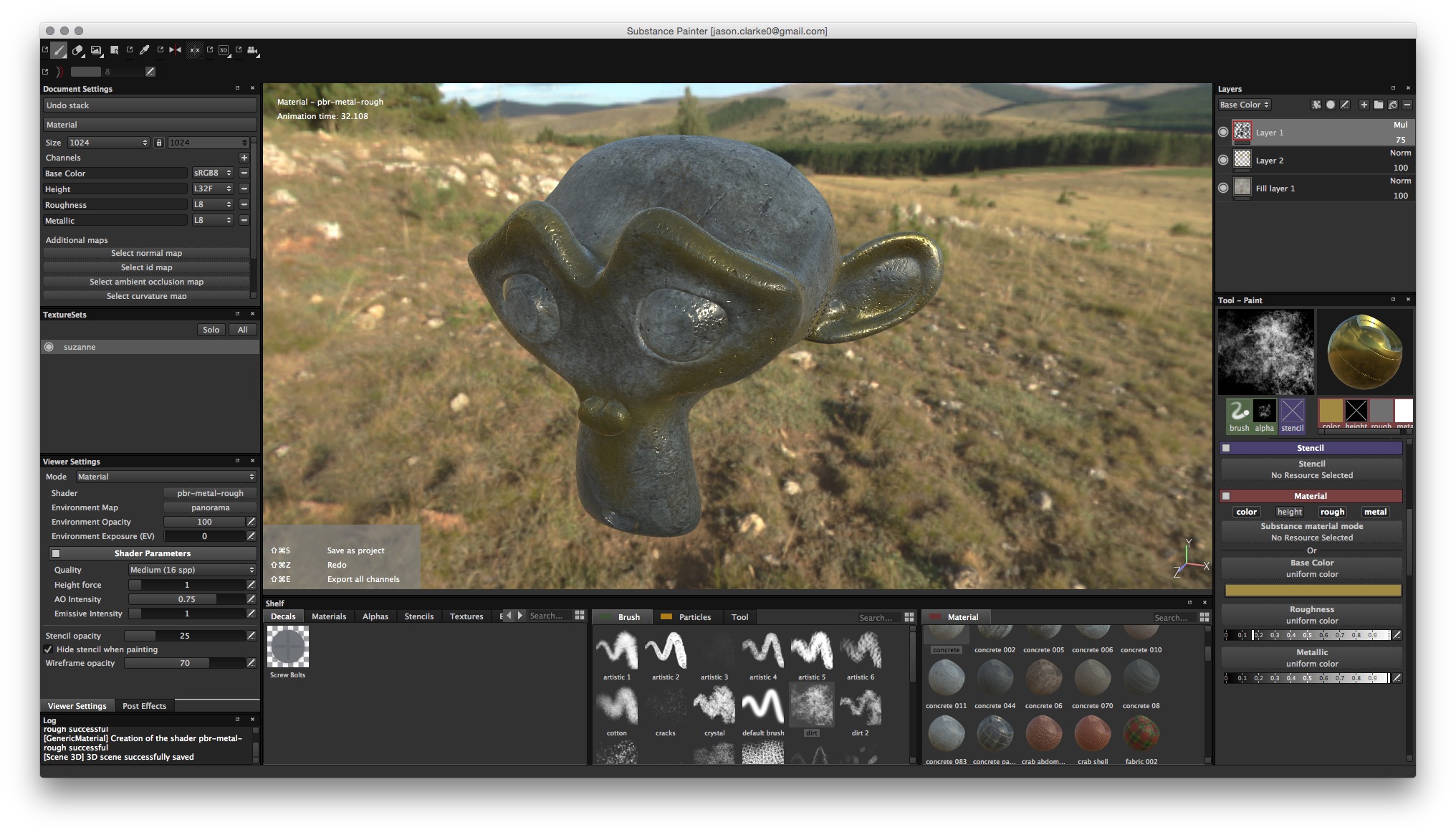 First order of business is to export these for Blender. Hit File > Export, and just use the default "Document Channels + Normal" preset. 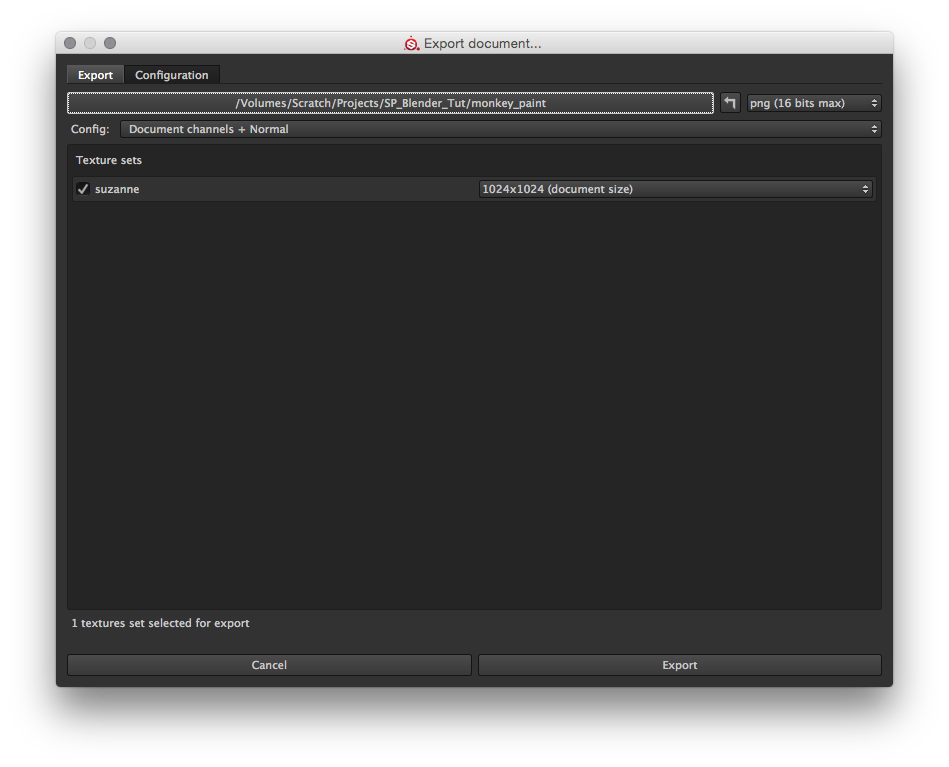 Now let's look at our shader in Cycles. We'll start by making the simplest, most standard physical shader, a diffuse/glossy mix with fresnel. 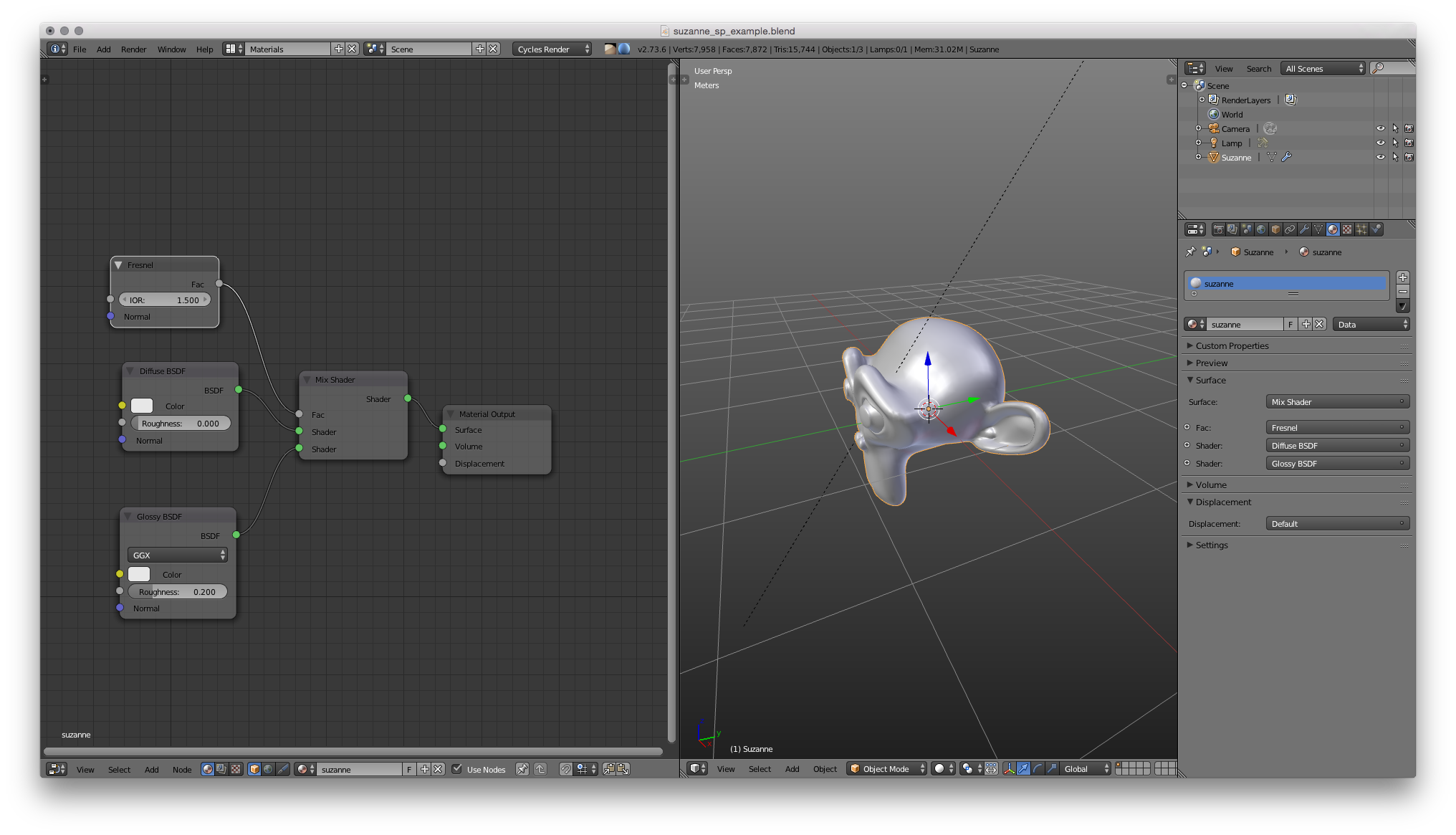 Our first channel to deal with is base color. There's not much to this one. We have a base color image, we'll just load it and plug it into the diffuse BSDF's color slot.

The other thing we need to do is square the roughness value to match the range between SP and Cycles. To do that, add a math node, set it to "power", connect your roughness map to the top slot, and set the bottom slot to "2.0". 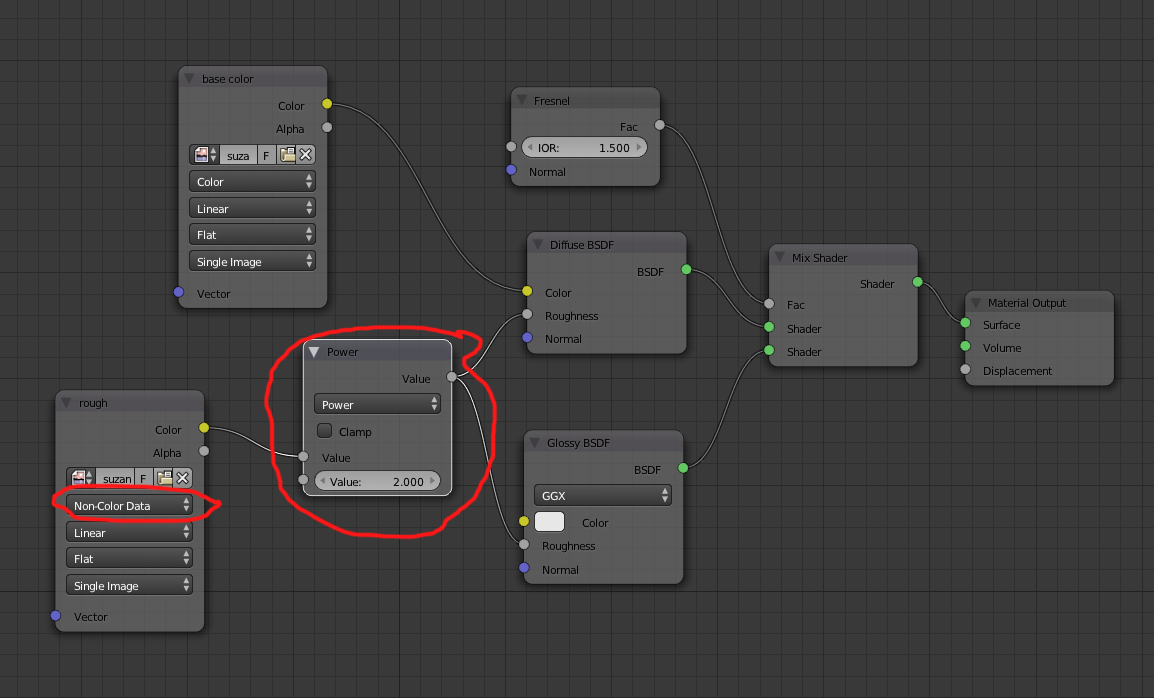 Substance Painter can generate a number of "converted" texture maps. One of which is the "Normal OpenGL" channel, which generates an OpenGL-style tangent-space normal map using the height channel and the object's normal map (if it has one). We can attached it with the normal map node, like usual. 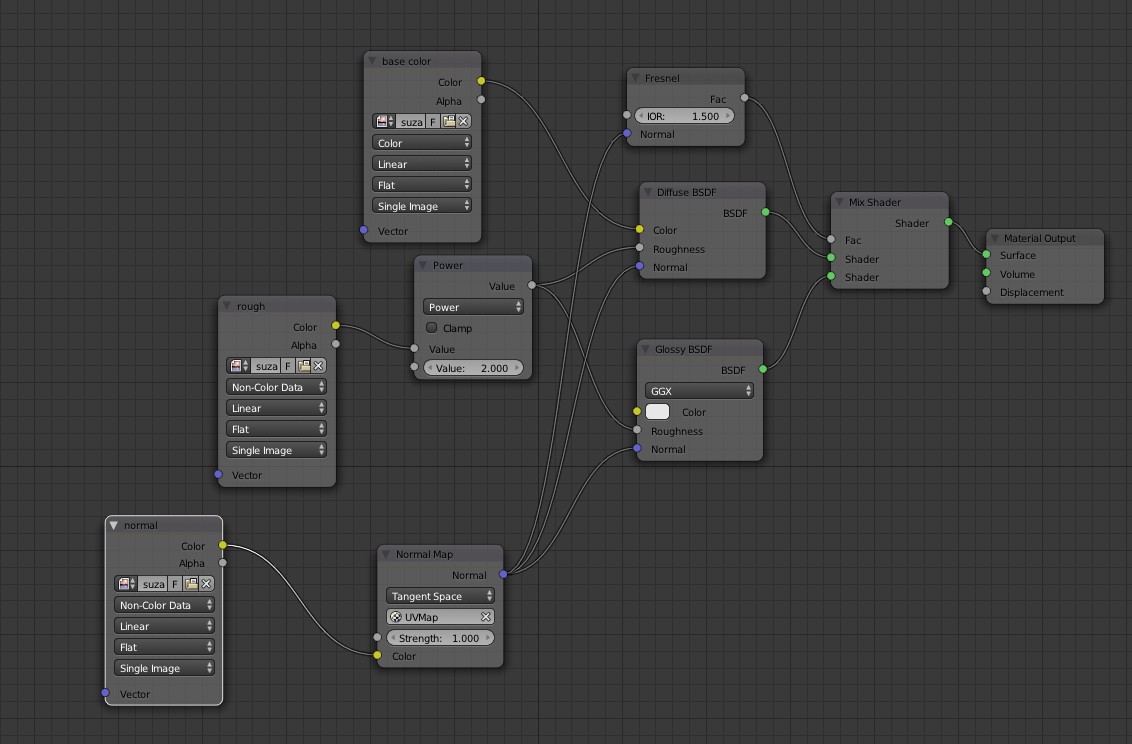 In this case, our object didn't have a baked normal map in Substance Painter. But in case it did (such as baked sculpting detail) the normal map will contain that as well as your height painting, so you don't need to do anything else to connect the two.

Ok, one more channel. This one gets a bit complicated. Up until now, our shader has been a simple dielectric shader. We now need to introduce an alternate shading path for metal, and use the metallic map to blend between them. To do this, you are going to add a mix node at the end of the chain, attach your metallic map to the mix factor, then put an extra glossy BSDF on the second input, and attach your base color, rough (from the power node) and normal (from the normal map node) to this glossy BSDF. 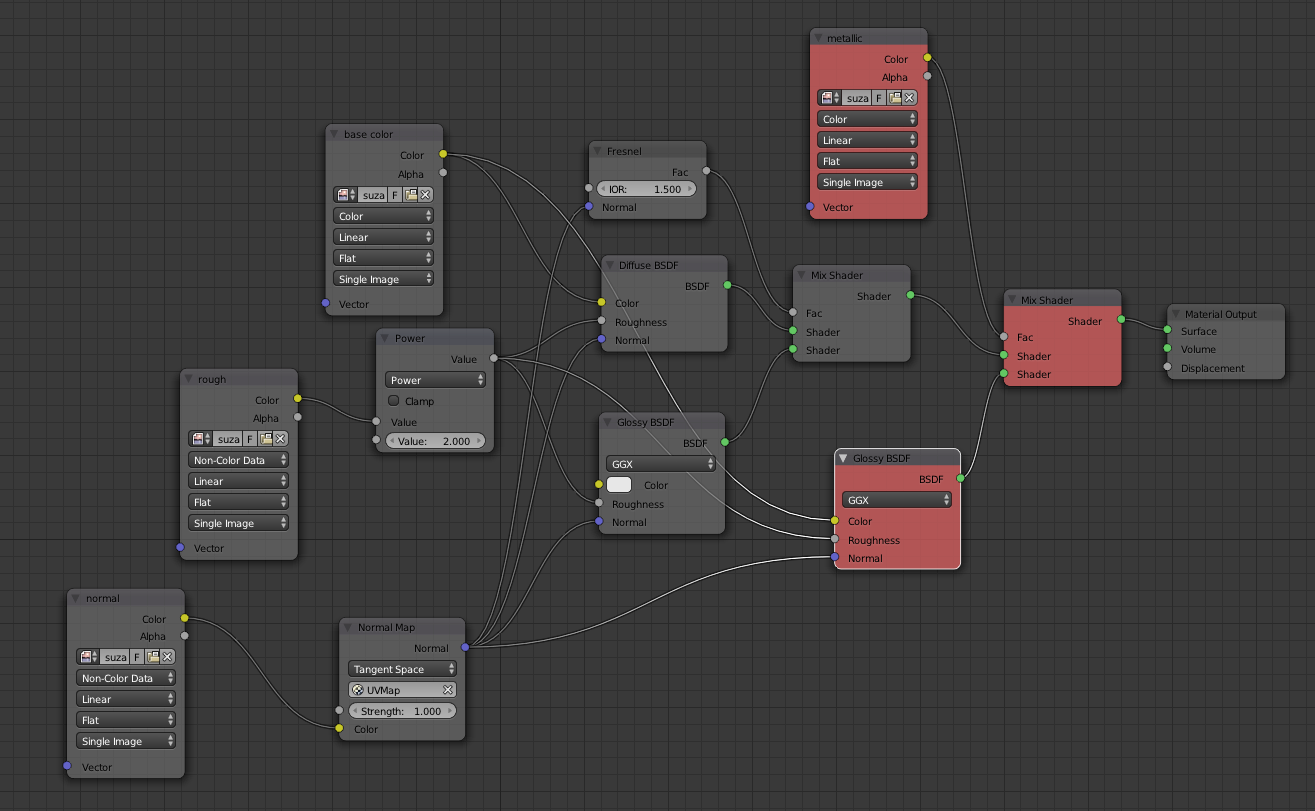 I've highlighted our newly added nodes in red. Areas that are dark in the metallic map will use our diffuse/glossy fresnel mix we created earlier. Areas that are bright in the metallic map will shift over to this glossy-only shader. Since metals have colored reflections, we attach the base color to the glossy-color input here, unlike our other glossy BSDF on the dielectric side. Since roughness and normals are shared, we use the squared-roughness and normals just like on our other BSDF nodes.

And here is our final monkey! 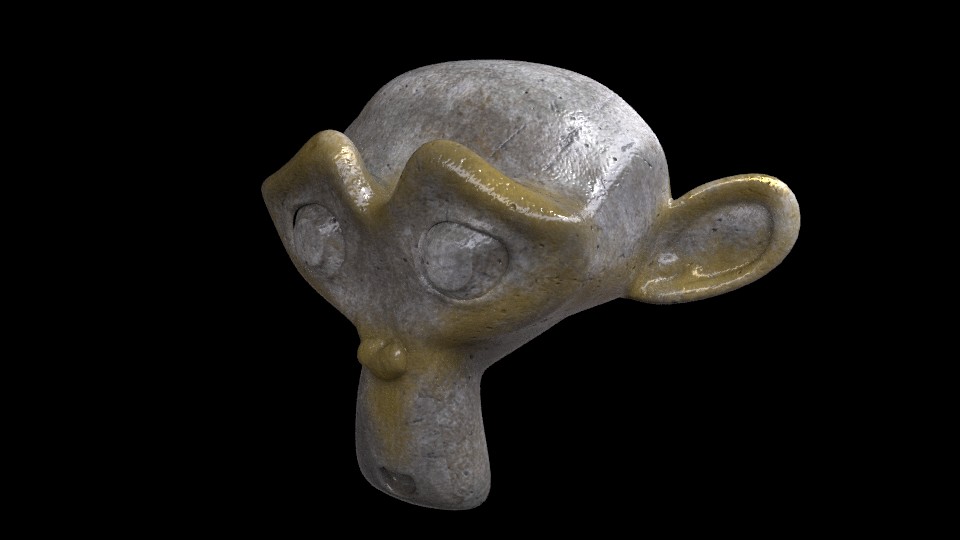 This shader setup is just the very basic elements required to translate the shader. There are numerous other effects you can add. For example, some people like the look of metal shaders that blend two glossy BSDFs at slightly different roughness. You can add that in to your shader (use an extra math node to scale your roughness map). Some people prefer to use the layer weight node instead of fresnel. It's all up to you, feel free to experiment!

Not the answer you're looking for? Browse other questions tagged cycles texturing materials shaders or ask your own question.