Is it possible to link two nodes in such a way that if one is changed then the other changes as well?

For example; if I have two different texture nodes, each with the same texture in it, can they be linked so that if the texture in one of them is changed then the other one is changed as well?

This will be really helpful for a material setup that I am creating which requires me to have about 10 copies of the same texture node in different places and groupings.

At first I thought "well, one way would be to use something like a "texture.jpg" name for that texture, and simply change the file that is named like that... that would do the trick, somehow. Other than that, you could probably need to script the change, for all the nodes to load the same texture. I can't think of other ways, atm"...

but then it came to my mind another trick, that could work better for you... here it is: use node groups!

you can set up a simple "image texture node" as a group, by itself. 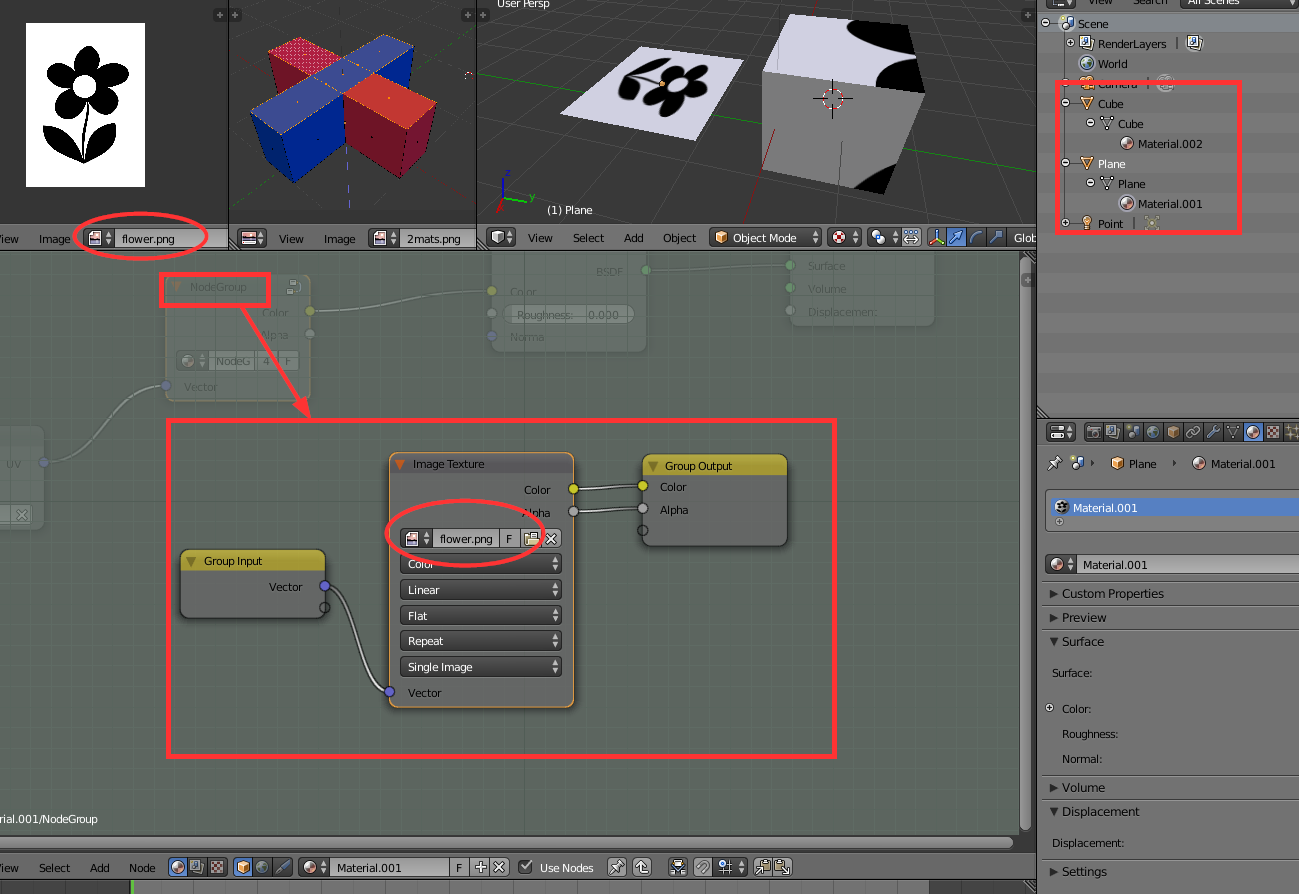 It sounds absurd, to make a group of just one node, but it isn't: because you can reuse groups on every material you choose, and link it differently to other nodes.

Just select it as Add => Group => "yourGroupName" in the node composition area, and by default it has the same inputs/outputs as the base Texture Image node...

And, when you edit the group (on any node where it's used) you can change the texture, in a single node that's reused: 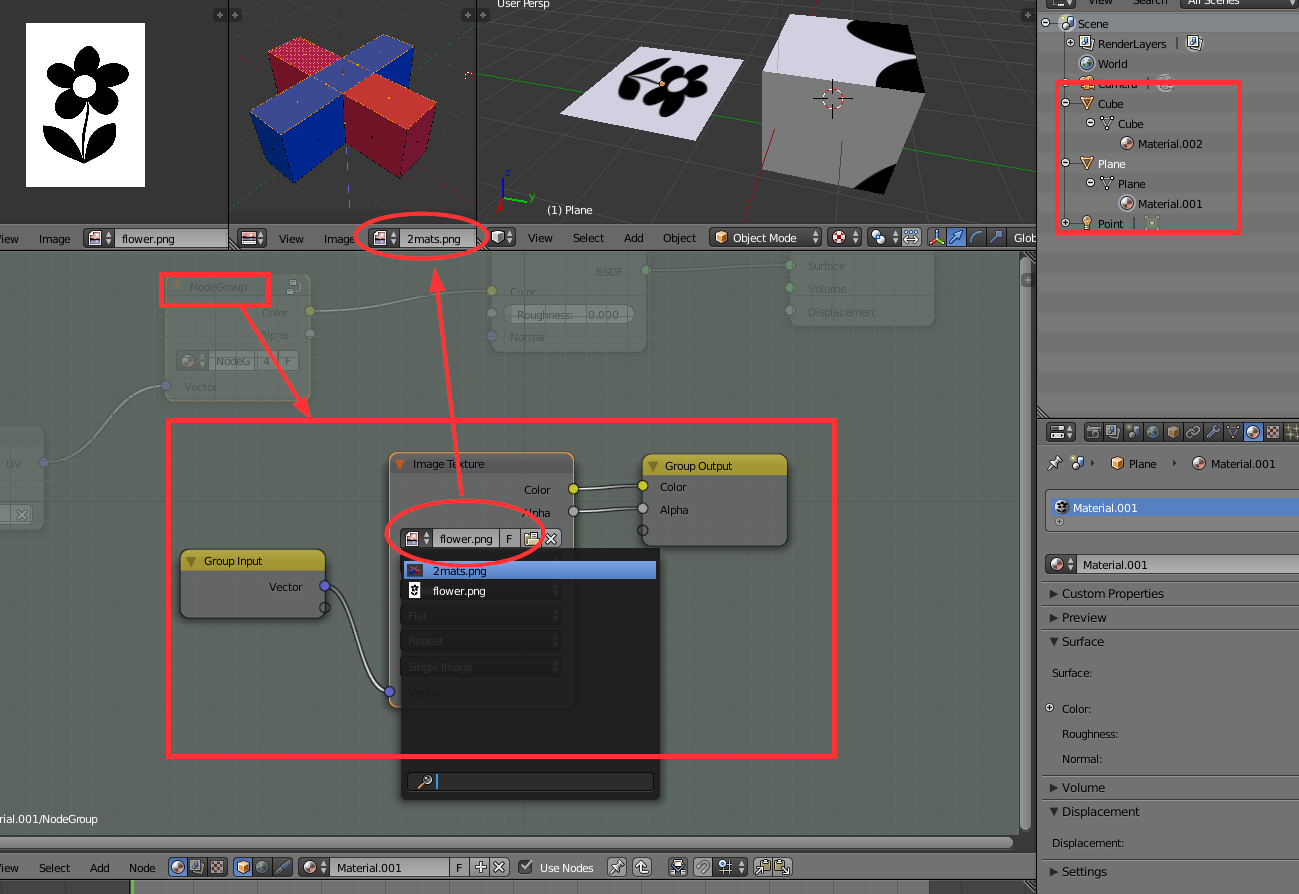 and, thus, reach your goal: 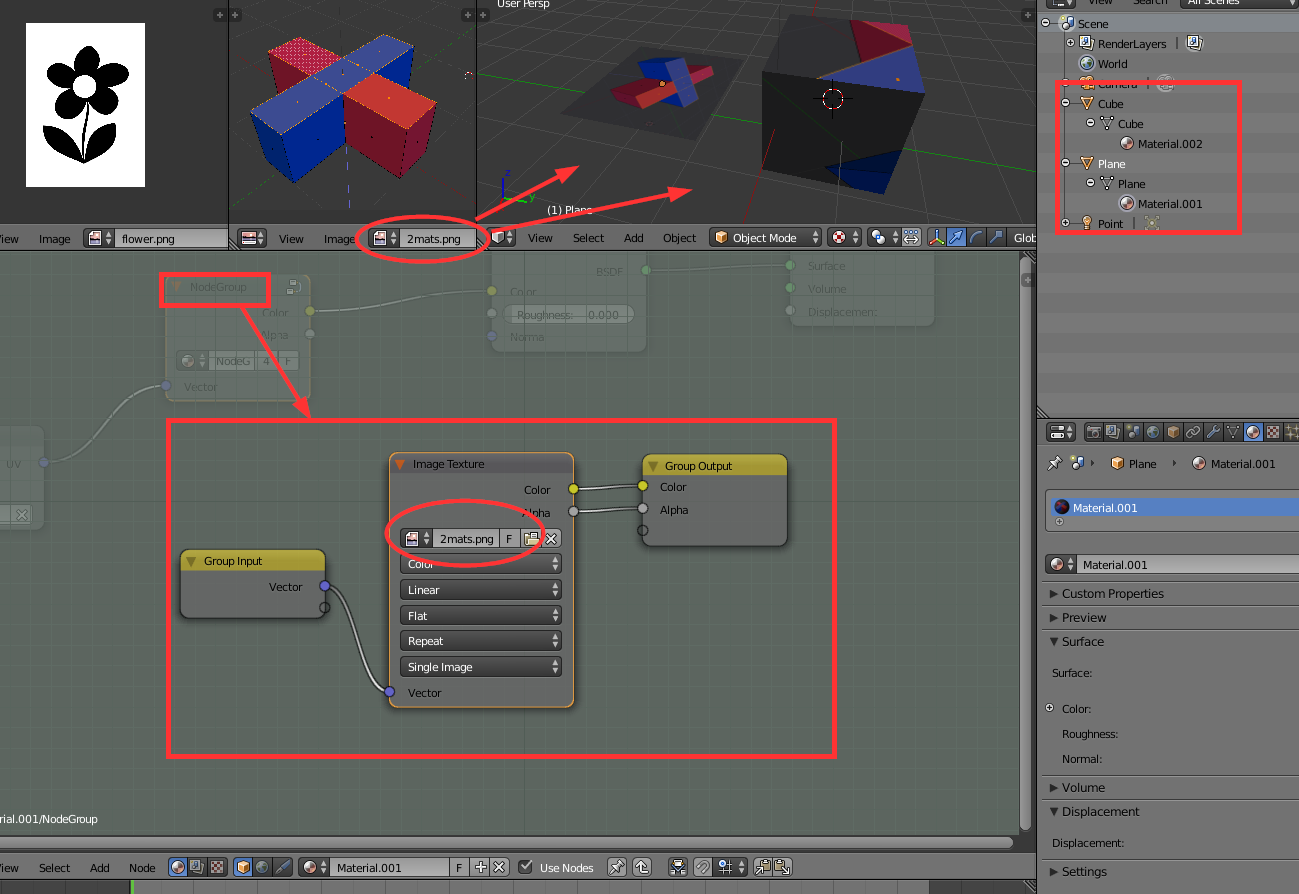 Not the answer you're looking for? Browse other questions tagged materials game-engine node-editor or ask your own question.