I recently went to http://www.blendswap.com/ and downloaded this blend of a mushroom patch. I opened it in Blender and started playing around with it: 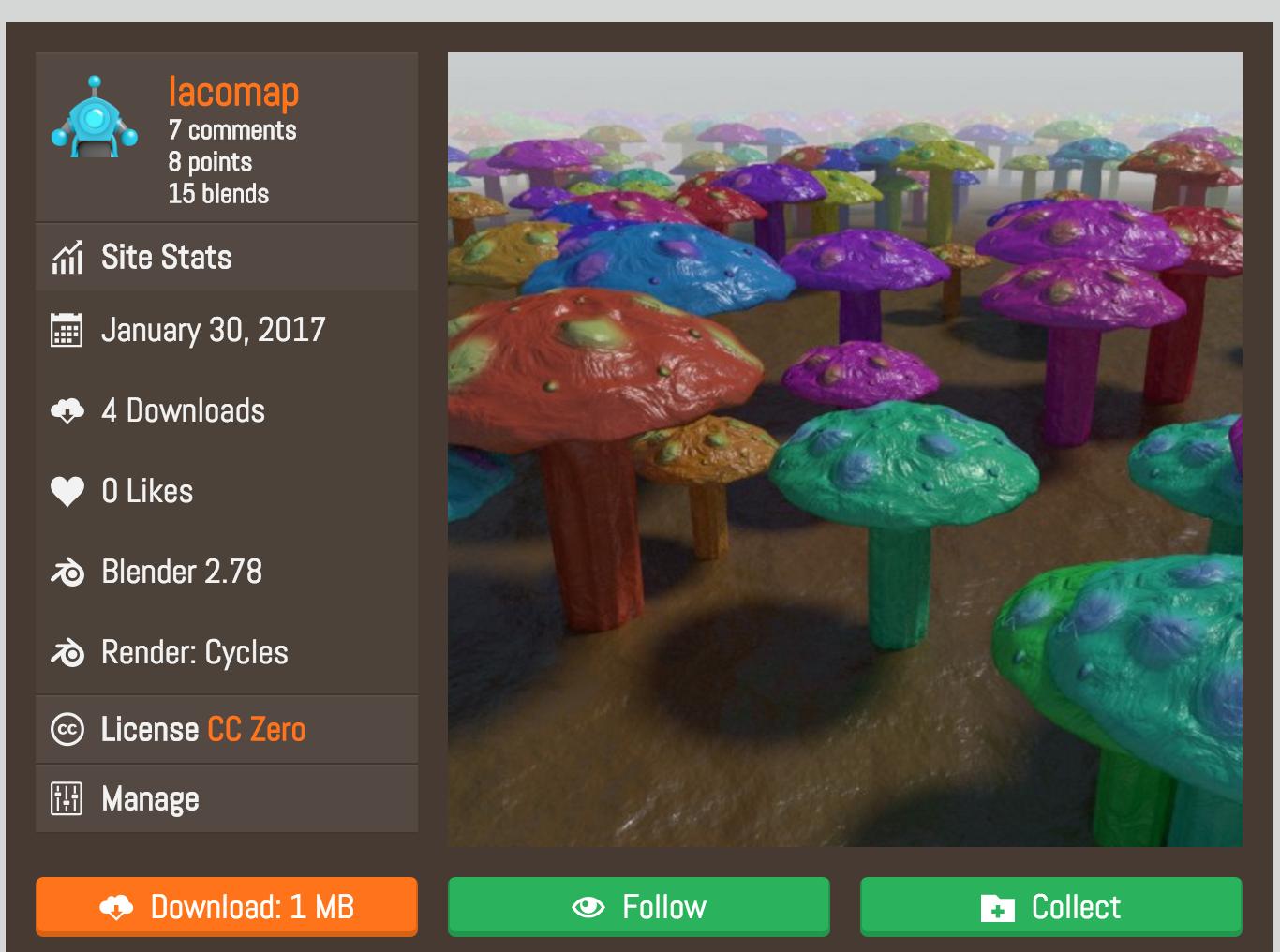 One of the first things I wanted to do was to edit an individual mushroom by selecting it, moving it around, transforming it in a number of ways (rotating it, scaling it), etc. Whereas I expected to see each individual mushroom show up in the Outliner tool (which would then allow me to select a mushroom from the Outliner and see it highlighted in the viewport), I only saw a single "Plane" object in the Outliner. Furthermore, I wasn't able to grab individual mushrooms and do anything with them. They all appeared "locked" into the plane and/or greater model at large.

I asked a question on this site and was told that these mushrooms were part of a particle system (which, as a total newbie, I had never heard of before). To make the individual mushrooms editable objects, I needed to go to the Modifiers Panel and click the Convert button. I did this, and sure enough, I am now able to edit each individual mushroom. Thank you Blender SE!

I have not downloaded the blendswap file.

Creating a particle system with objects as particles

You now have a particle system which emits mushrooms.

You can convert Particle Systems successfully, if their render type is an object or group. The convert button of the particle modifier creates a duplicate object of the object associated with each particle. While there was a shroom1 object at particle X, converting it creates an actual duplicate object linked to shroom1 at the position, rotation, scale of particle X.

Since you can't edit (emitter) particles, there is no way to convert the array of objects back to a particle system after you converted them to individual object.

How would I convert everything back into a single object (perhaps after editing a few mushrooms), and what would that "single object" be referred to as?

You can't convert the individual objects to a particle system. You can convert them into one mesh, by selecting all and pressing ⎈ CtrlJ. It may be easier to handle a single object (mesh), rather than many different objects (meshes). This would just be practical for editing purposes like selecting all mushrooms when there are many more scene elements.

[...] For exporting into a game perhaps as a single file? For game export it usualy shouldn't matter if it is a single object or multiple.

The downside of joining (⎈ CtrlJ) all mushrooms objects is that you loose the editing of multiple objects. You can no longer edit a single mushroom and all other similiar mushrooms with the same meshdata change accordingly.

See Group Instancing as a further example of combining multiple objects into a "single" group object while maintaining editability.

Not the answer you're looking for? Browse other questions tagged modifiers particles blend-files or ask your own question.