Is it possible to copy data from one scene and paste it into another within the same .blend file?

I want to create a variation of one of my earlier scenes in one of my games, and I was wondering if it is at all possible to just copy that original scene and then paste it in as a new scene or inside a new scene so I don't have to go about recreating the whole scene again and focus on the variations themselves.

There are other ways to get data from another scene:

A) when you create a new scene, you're given several choices: 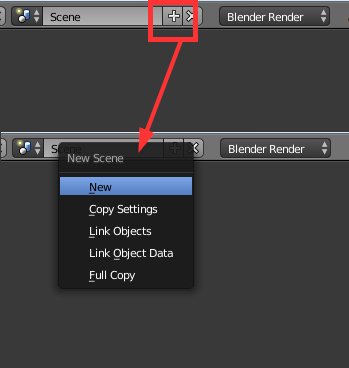 (taken from the relevant manual section) "

Copy Settings Creates an empty scene, but also copies the settings from the active scene into the new one.

Link Object Data Creates new, duplicate copies of all of the objects in the currently selected scene, but each one of those duplicate objects will have links to the object-data (meshes, materials and so on) of the corresponding objects in the original scene.

Full Copy Using this option, nothing is shared. This option creates a fully independent scene with copies of the active scene’s contents. Every object in the original scene is duplicated, and a duplicate, private copy of its object-data is made as well.

B) You can link any object from one scene to another.

As this other "Make Links" manual section says

" Links objects between scenes or data-blocks of the active object to all selected objects. In some case (i.e. Object Data, Modifier) the target objects must be of the same type than the active one or capable of receiving the data. The existing data-block of which will be unlinked from them.

This makes the same object exist in two different scenes at once, including its position and animation data. The object’s origin will change its color.

Not the answer you're looking for? Browse other questions tagged scene or ask your own question.

6
Multiple scenes and material with pass index
1
Multiple scenes with the VSE?
3
Change a Driver based on which Scene is being Rendered
0
Copy object to another scene, but keep data
1
Rendering multiple objects in the same environment
1
Problem rendering additional scenes