I generated a bunch of random cubes from MATLAB as .STL and imported into Blender. All cubes intersect so there's a bunch of internal geometry. I did ctrl-F -> intersect to create edges between cubes, but now how do I remove all the vertices/edges/faces inside the cubes?

I checked out Simplify mesh by cutting out inside parts and tried to remeshing modifier, which did absolutely nothing possibly b/c I'm noob with this software, and tried the code which failed on line 4.

I'm used to using CAD, so could I possibly make an enclosure, boolean subtract from said enclosure, then fill the enclosure up with a second solid that doesn't have internals? Can Blender do that? Help! 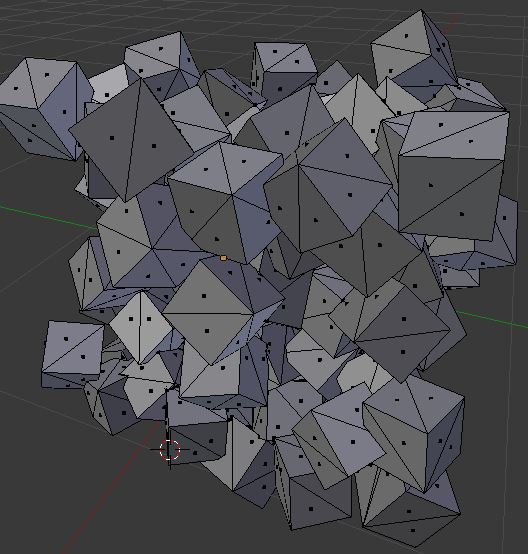 Edit: Figured it out. Bool tool solved all my problems. Regular boolean would take forever to implement for something like this I think.

2
Attach flat mesh (or curve) to another mesh
1
Trying to fill an opening in an object and match depth
2
Boolean difference acting like union (checked normals, doubles, and manifold)
5
Best approach for modeling two interlocked cylinders with different number of vertices (for 3D Printing)?