How to turn a mesh inside out, like a sock?

I am working with a 3D scan of an object that has convex ridges. Here is a screenshot of the object: 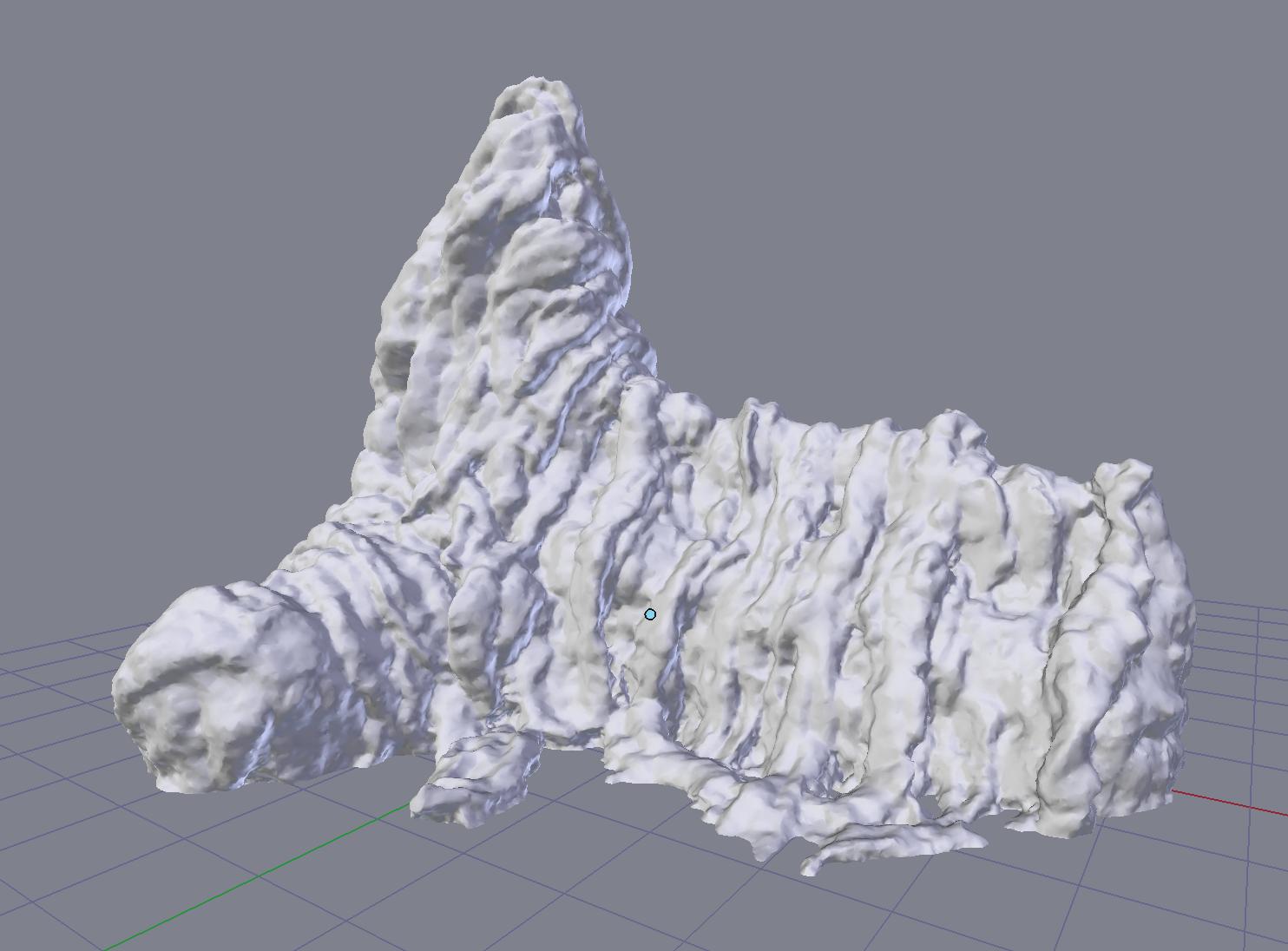 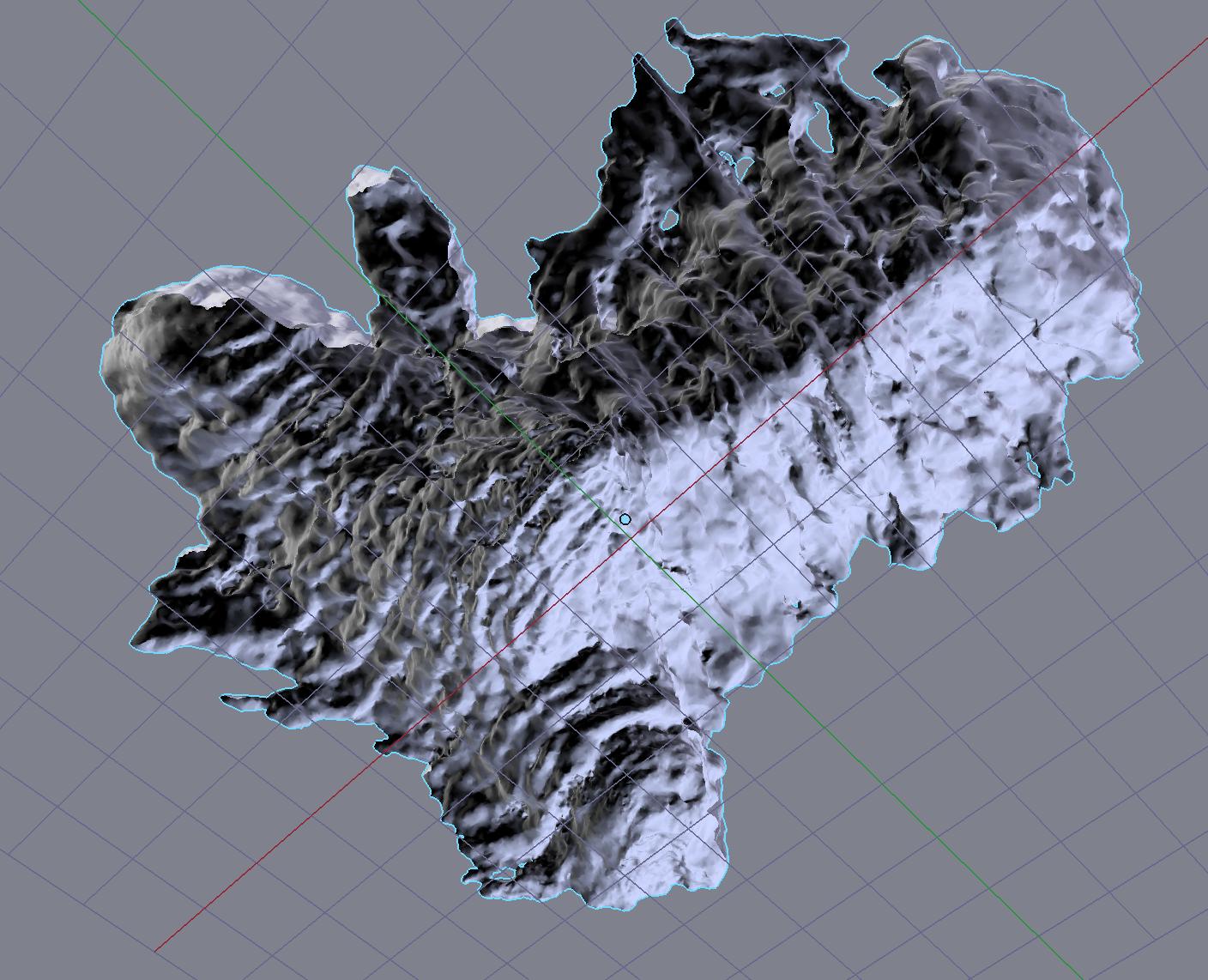 If you imagine flipping a sock inside out, that's what I'm trying to do with this model. Is there a way to flip the model inside out so that the ridges are convex, rather than concave, when viewing the model from the inside? To be clear, I am not talking about flipping normals: if you were to do what I am imagining with a model of a human head, when viewing the interior of the head the nose would be pointing inside.

I already tried to do this with a cloth simulation and a collider around the bottom edge of the model, but that ended up smoothing out the ridges I am trying to preserve.

Thank you, and let me know if I can clarify anything.

EDIT: This is what the flipped mesh looks like following cmomoney's suggestion: 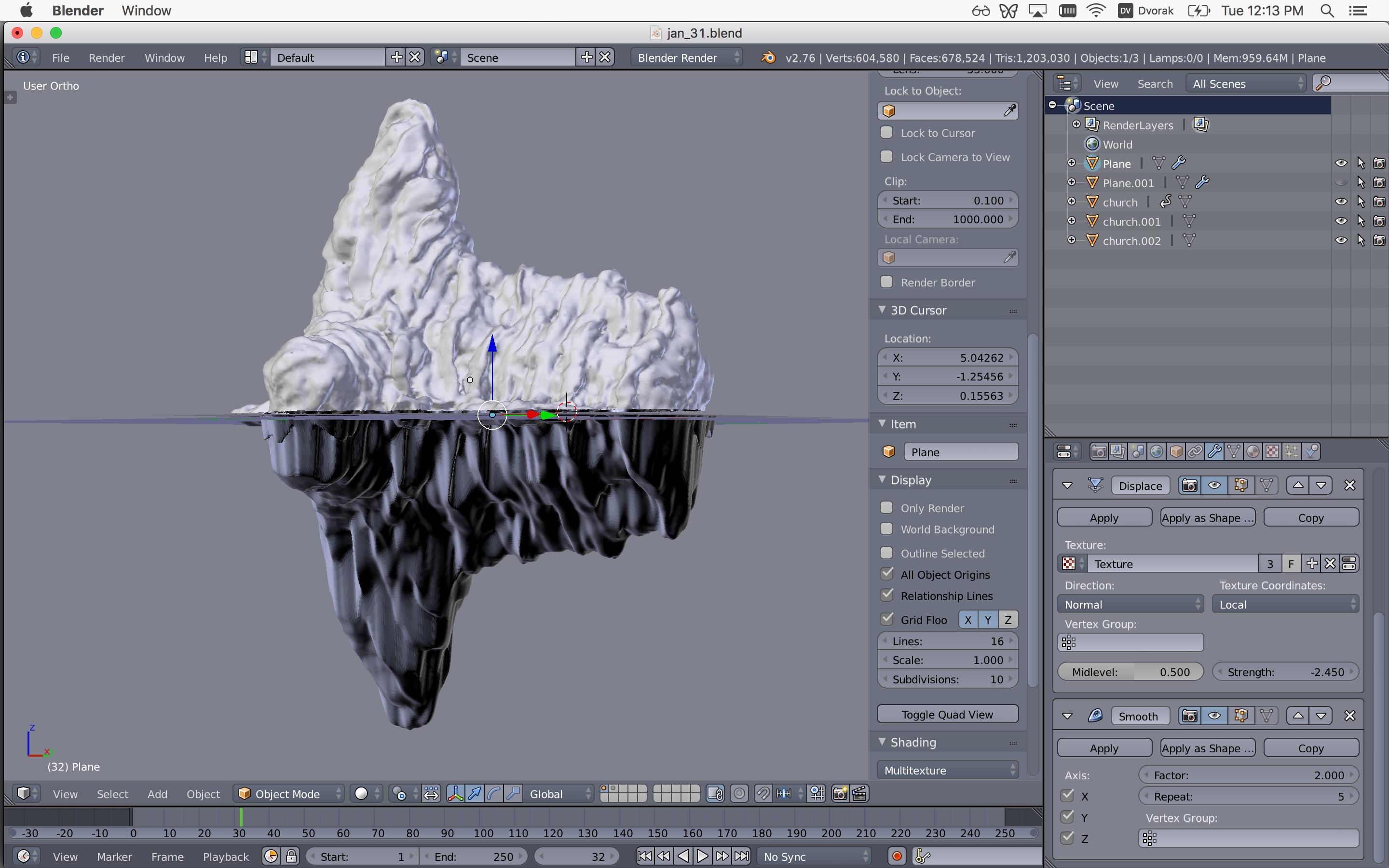 This could be achieved by baking a displacement map in Blender Render engine from your mesh to a simplified unwrapped version of your mesh, then using a subdivision and displacement modifier on the simple mesh with the baked image as the texture and a negative strength.

I think what you want to do is mirror each part of the surface across an arbitrary axis. The axis you'd choose would likely be some smoothed/averaged version of the convex mesh. Relating to your face example, you'd choose one axis for the nose that's just inside the nose, and mirror the nose across that to get it pointed inward, but you'd choose a slightly different axis across which to mirror each eye, another one for each ear, and so on. If you could use a shell that's sort of a REALLY smoothed out head, you could mirror each part of the mesh across the shell and get something that's flipped like you're talking about.

Generating a mesh that you can use as a mirroring axis is not all that difficult. Duplicating your mesh and adding a couple of smoothing levels (maybe decimate first, but whatever) should get your pretty close.

The trick is finding a way to actually do the flip in Blender. I don't know of any tools that can do this sort of mirroring. The reason I say "technically possible" at the top is that Blender allows users to write addons with Python, so technically speaking you could probably write an operating system in Blender. It's certainly possible to write a tool that will do this, but depending on your coding ability, it may be out of reach.

7
What are face normals?

1
Is it possible to extrude along a curved path like those made by a spirograph?
8
Build color ramp out of math nodes?
10
IES-like lights in Cycles
1
Why ray_cast is behaving like this?
4
creating mesh on an isosurface
0
Physical simulation- how to create anti-gravity in objects like hot-air balloons
1
How can i rip a circle open and turn it into a straight line?
0
How do I lay objects on the surface of a sphere with Python?
0
How can I create a non-self-intersecting mesh from a line mesh?