How to make a simple one image + music mp4 video?

so, what I want to do is very simple : I'm a music maker/composer (industrial and dark ambient)and I want to upload a track on Youtube.

So, what I have to do is this : have an audio track, and a picture that lasts the time of the track, and export it in a video format (mp4, AVi, whatever). This was extremely easy to do with Windows Movie Maker, but the thing is, there is no Windows Movie Maker on Windows 10. So, I downloaded Blender as it seems to be the best open-source video-editing software around. But, I don't get how am I supposed to do a task that should be so simple :

I go into the video editing screen, I add my track, I add the image, but then what? I don't find how to set the dimension of the image, nor of the video, and have no idea on how to export it as, let's say, a mp4 file.

Any simple tutorial on how to do such a basic thing? Thanks

You can do that even with Blender, although it will not be extremely simple for a program novice. Here is something you need to know:

You can show seconds instead of frames in the "timeline" changing this setting:

The output format of an animation can be everything from an image sequence (1 every frame) to a video file container like an .avi, with many codec (as supported by th bundled FFmpeg libraries, so many formats available). 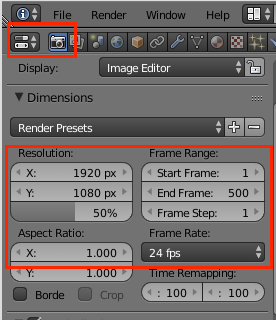 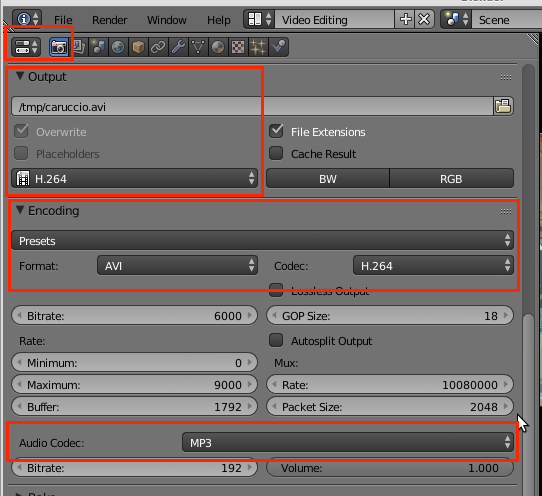 You will need some practice with all this. 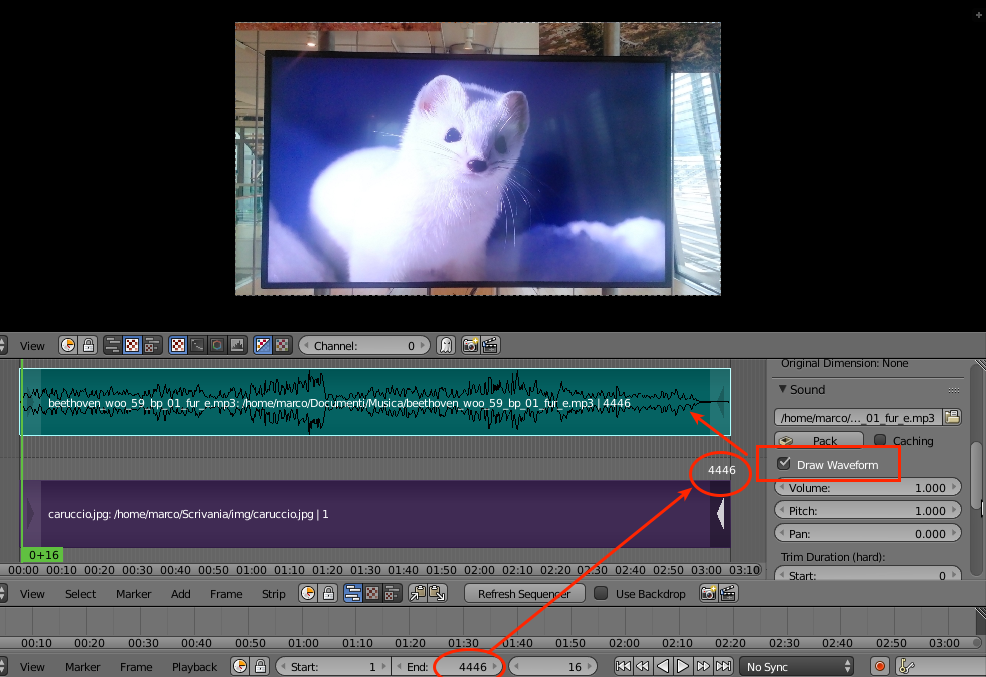 you just need to tell Blender to "render the animation", that for you will mean "create the video".

I also suggest you to start with shorter frame range (eg enough for a 30 seconds video) to practice.

To be honest, although it could be simpler than it looks, it will need a bit of practice with standard Blender basic commands like grab, zoom. But it is well worth imho, and if you like the workflow, and the possibilities, there is a lot more you can do, it's just a sort of a "primer".

A possible alternative way of describing it...

Lay the audio track into the VSE from frame 1.

Lay the image file in another track. (strip)

Highlite the right hand handle at the end of the image strip.

Press G to grab the handle and move the mouse to the right so it stretches the strip at least to the end of the audio strip. Click the mouse when it's the right length. 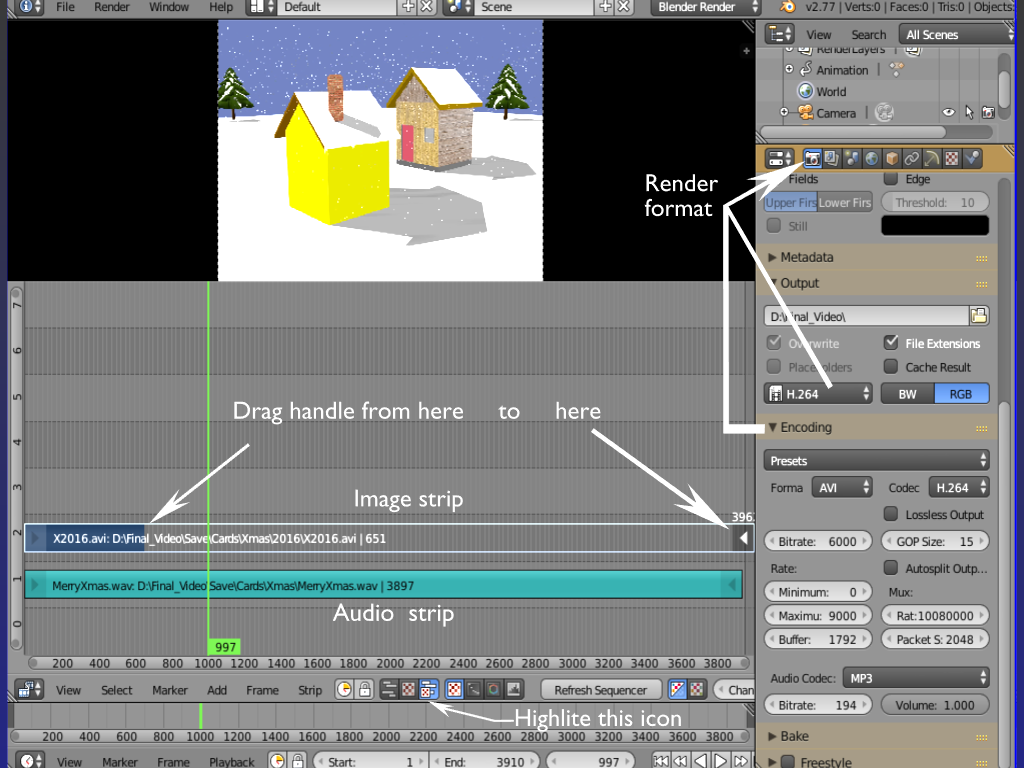 Press CtrlA to run it. It should start playing with the image showing in the top window.

Go up to the top left of the main VSE window, click on "Render" and select "Render Animation"

This will render it out using Blender's Internal render to whatever format you've set it up for at the extreme right. (see attached pic.)

2
Adding sound in Blender
0
video editor problems, how can i save an edited video as mp4?

9
Why will audio and video not sync in rendered video file?
6
Why, despite matching FPS, does the audio not match the video in the rendered file?
0
Exporting issues (no thumbnails in windows explorer)
0
AVI Composite Export
0
How to automate specific task in Blender video sequencer