What are the minimum parallax requirements for successful motion tracking?

Does anyone know the minimum parallax requirements during filming for successful motion tracking reconstruction?

I know the documentation says you need:

However, after many failed attempts at filming a scene using these guidelines, I was wondering if anyone knows enough about parallax to describe the exact requirements more specifically.

One thing I've wondered is is there a requirement of the relationship of the 8 markers to the angles of the camera, or do you just have to have 8 markers somewhere and the key is only the camera angles?

If you say the key is only the camera angles, can you give any more specifics? I've tried:

As a note, on both of these attempts, the Solve Error was ~0.6, even on the one that failed to reconstruct properly.

I was wondering if 180° on the X/Y plane followed by a 90° or 45° arc into Z (as shown below) would always work, or if that's an unnecessary amount of parallax.

So, in order to reduce trial and error, does anyone know the minimum parallax requirements?

Ideally, I'd like to get good enough correct specifics that they can be added to the Motion Tracking page in the Blender manual. 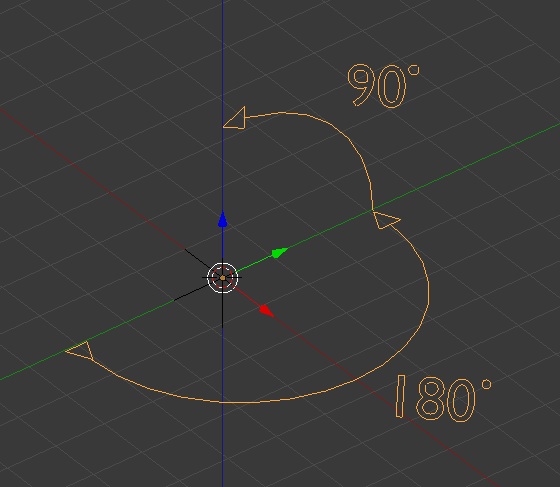 The tracking points are better to be chosen from different dimensions as they are in real world, in order to cover more obvious parallax difference between frames.

For example, it's certainly not recommended to pick them all from a single plane/ground or a single wall. However, if some are from the ground and others are from a wall, it would be the nicer choice for sure.

I'm not going to propose any AD here, but I learned this thing from the official training DVD - Track, Match, Blend!

3
Why does camera this tracking fail completely even when the solution value is very low?
15
Motion Tracking. What do the graphs represent and how are they useful?
2
Getting raw data from object track
1
Tracking: Object Solver not following tracks (with file)
1
Motion Tracking Markers don't show up!
2
Tracking forward/backward camera motion
0
Why isn't the perspective/focal length correct in this camera track?
0
Tracking Issues